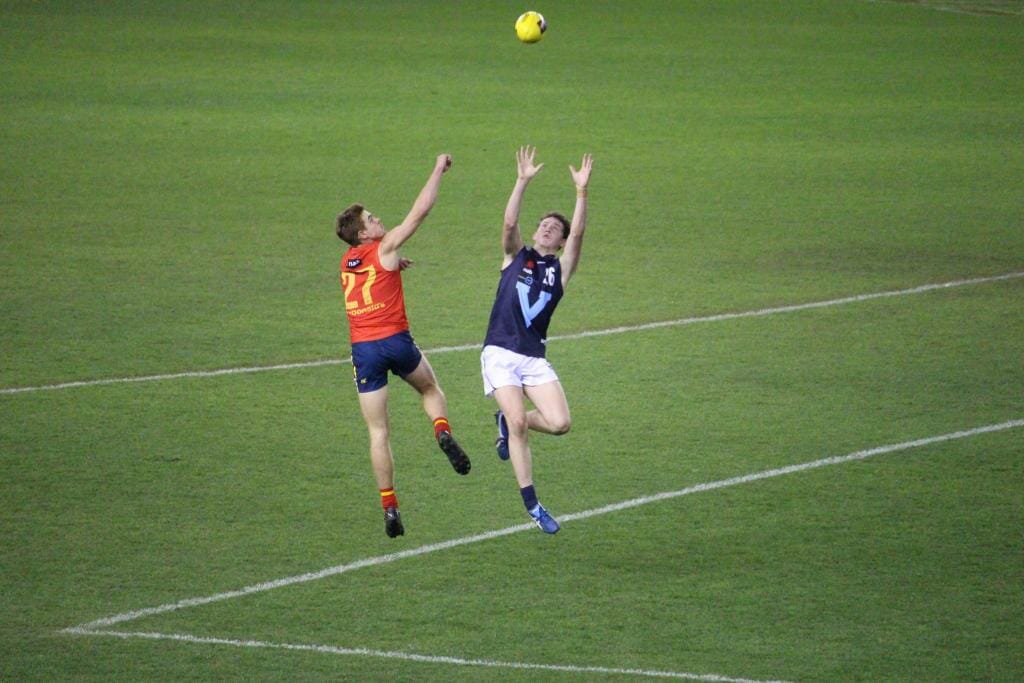 RICHMOND headed into the 2018 AFL Draft Period with the aim of improving its side across the board, hopefully picking up some inside strength, which it did with its first two selections. They then picked up some outside runners, and capped off the day with a small pressure forward from the Tigers’ own backyard, and by redrafting a pair of delisted Tigers for list management purposes.

Richmond addressed its need for an inside midfielder with its first selection in the National Draft. After Carlton traded into the first round to snatch up Liam Stocker the pick before, Richmond grabbed slider, Riley Collier-Dawkins who offers great upside for the team. Already a great size at more than 190cm and ready to go, Collier-Dawkins has a fantastic burst of speed out of a stoppage, and is capable of having an impact up forward in the air. He can hit the scoreboard and play a multitude of roles which would have enticed the Tigers in picking him up at Pick 20.

Fellow Oakleigh Chargers’ teammate, Jack Ross was the Tigers next selection in the National Draft, with Ross not quite having the upside that Collier-Dawkins has, but instead has very few flaws in his game. He is a good kick, wins the ball inside or out, tackles hard and spreads well, with most boxes ticked for the natural leader. He played very well in the APS vs AGS match and continued that form throughout the TAC Cup season, remarkably taking home Oakleigh’s best and fairest despite missing a number of games due to school commitments. He did not play at the National Under 18 Championships, but enjoyed a good 2018 season that was ultra-consistent.

A hard outside runner, Turner offers great spread and a versatility to play in all thirds of the ground. Expect him to be a winger in time, with some similarities to Jared Polec in the way he is able to cover the ground and get the ball forward. Turner was predicted to go earlier than the Tigers’ third selection, and the Clarence product became the third Tasmanian drafted in the National Draft. He just adds that extra ball-winning ability on the outside and is a different mix to the Tigers’ midfield group.

The hard-running ball winner from Perth earned a place on Richmond’s senior list late in the draft. He has also enjoyed a consistent season over in the west, and was one of Western Australia’s most consistent performers during the National Under 18 Championships. He is not a flashy player, but English offers a consistent work rate each and every game, and Tigers fans can expect him to be running from the first bounce to the final siren given his huge endurance base. He can play forward as well if required, so it could be a role Damien Hardwick might have in store for him.

Richmond did not have to look too far for its first selection in the Rookie Draft, selecting small forward Aarts, from the Tigers’ VFL side. After putting in a great season as a pressure forward, Aarts earned a State Draft Combine invite, and in the end, was rewarded with a spot on the senior list. He does not have to move from Punt Road, but will be one who looks to continue his form to try and achieve an AFL call-up during the season as a readymade player.

The former GWS GIANTS’ forward was the fairytale story of 2017, coming into the team late in the season and booting a swagger of goals to retain his place in Richmond’s side for the 2017 AFL Grand Final. He became a premiership player and turned his career around, though his 2018 season saw him play just the 10 games with the rise of Jack Higgins and the like. Townsend sought out the market, but in the end was re-rookied by Richmond and offers good depth on the Rookie List.

Another Richmond player who was re-rookied, Key Position Forward Chol has bulked up further in 2018, but did not manage a senior game to add to his one AFL game in total. He had some highlight-reel moments in the VFL for the Tigers, and expect more of the same in 2019 after Richmond continued their faith in the big man as a long-term prospect.

Richmond took home four midfielders in the National AFL Draft, bulking up the area that lost players over the off-season, and struggled at the coalface in 2018. The Tigers did not need too much improvement across the field, so had the flexibility to go best available along with inside bodies, and they have achieved what they hoped, also re-rookieing two players and picking up a big improver from their VFL side.