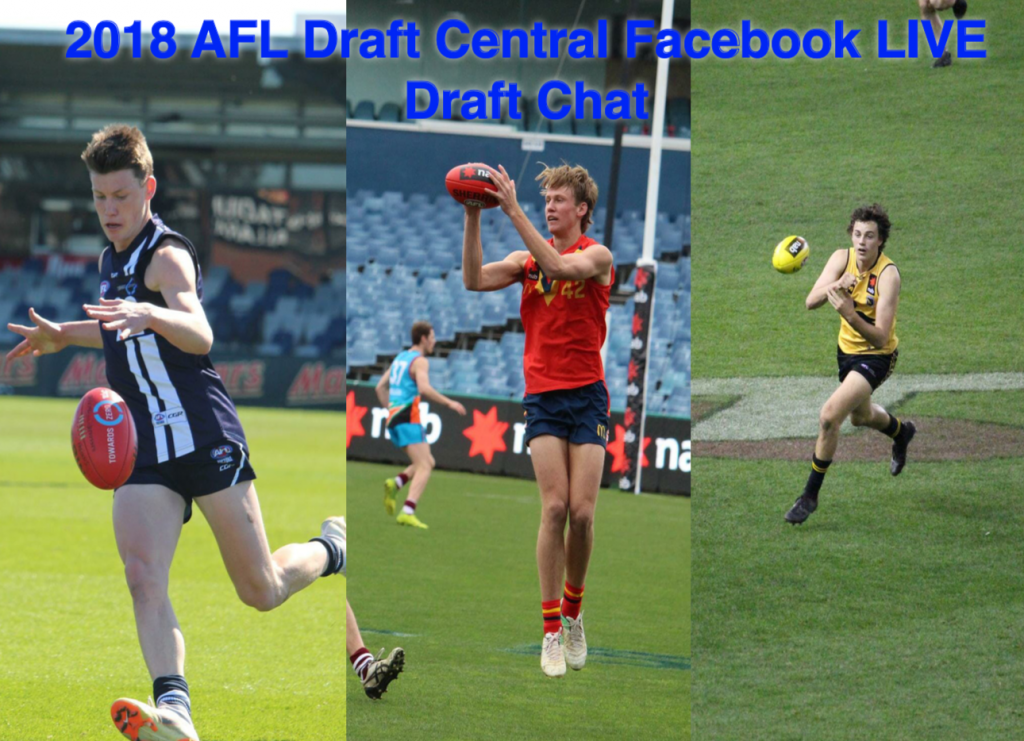 The coverage, which starts at 6.45pm, will involve a mixture of hot topics in the AFL world, live question and answers about the draft and draft prospects, and of course, dissecting the picks as they happen. AFL Draft Central has opted to do this as an alternative source for viewers who do not have access to Foxtel, or who would like to interact with draft questions throughout the night – be it revolve around the first round of the draft, those prospects selected, or any draftees in the running.

The five person panel is as follows:

The main feature of the night which will run until the conclusion of the AFL National Draft’s first round, is to answer questions, and provide updates on the draft. In between the question and answer sessions, the team will discuss topics such as potential bolters and sliders, the bidding system, draft rumours and some of the players in the running for clubs without first round picks. Other topics such as the AFL Women’s Draft recap, AFLX and the 2019 AFL season are also on the agenda, time permitting.

From the time of publishing this piece, we will take any questions you have and answer them in the Facebook LIVE Draft Chat tonight. We hope you are as excited about the AFL National Draft as we are, and looking forward to bringing you the best possible, interactive experience tonight.

Following on from tonight’s coverage we will also be chatting from 11.45am on Friday with a smaller panel for the remainder of the draft.