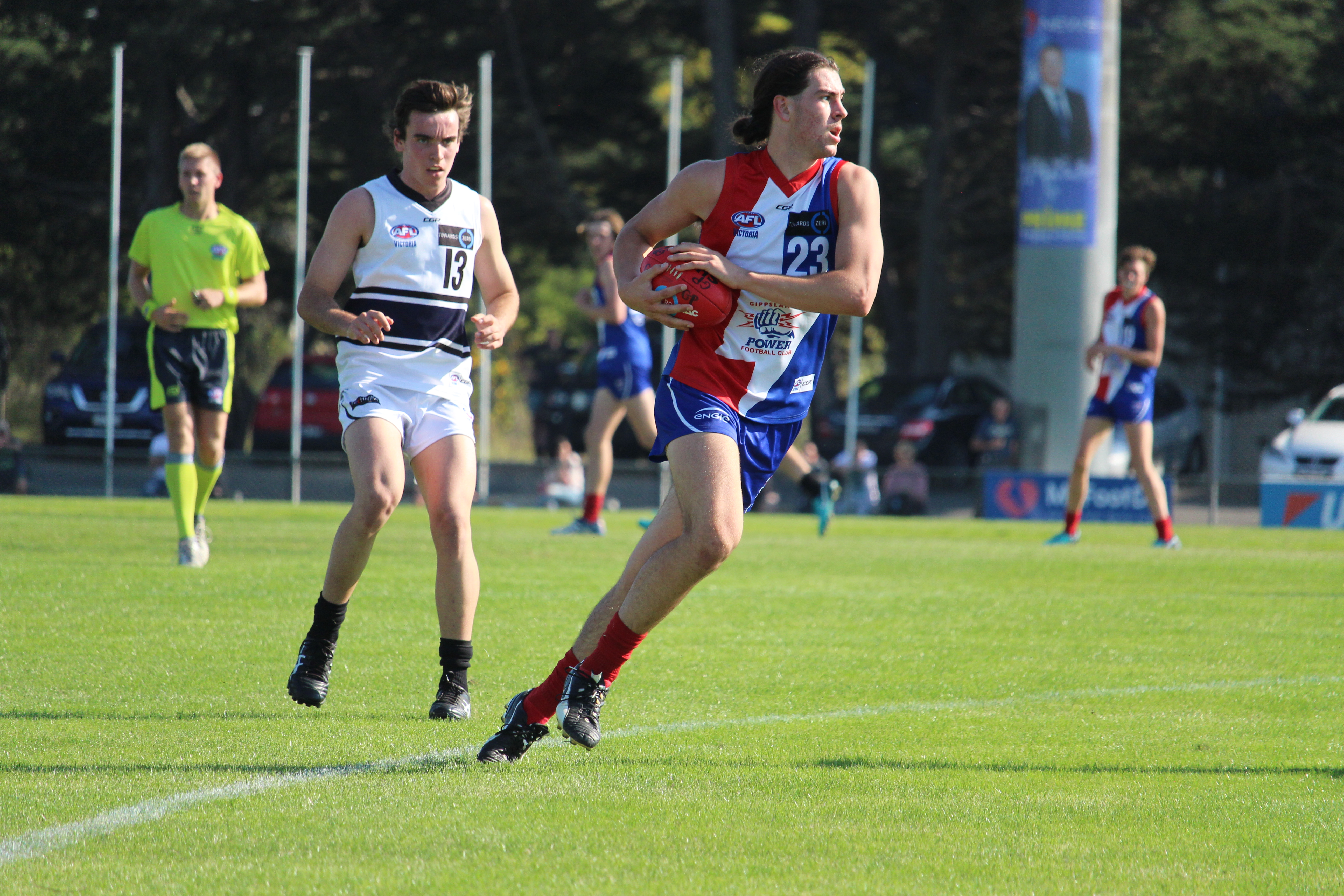 GIPPSLAND Power product, Noah Gown has shown he is a real force to be reckoned with and has a bright future at AFL level, if given the opportunity. After spending time playing both basketball and football Gown decided to make the big decision to focus solely on footy in the 2018 season.

His decision proved to be the right one, finding his feet with the Power and cementing a spot in the squads’ line- up and being included in AFL Draft Central’s TAC Cup Team of the Year. Gown also received a State Draft Combine invite credit to his footballing prowess and with the upcoming draft approaching he could quite possibly find himself a new home at an AFL club.

“I’m pretty excited and pretty nervous I don’t really know where or if I’ll go,” he said.

The 18 year-old made the switch from defence to forward which paid dividends, racking up 31 goals from 14 games. Gown proved that he has natural talent and can play anywhere on the ground and still deliver the goods.

“It doesn’t really bother me, it was a bit tough starting off just playing football in general,” he said. “But once I started to find my feet, it didn’t really matter where I played.”

With his leading patterns and strong hands a key element of his game, Gown excelled down forward causing havoc for opposition teams on multiple occasions. The avid Blues supporter drew inspiration from Carlton young gun Charlie Curnow, becoming a dominant force in front of goals for Gippsland. In round 13, Gown finished with a bag of five to only back up his impressive performance again in the next round with another five majors.

“I go for the Blues, so I like to take bits and pieces from Charlie Curnow’s game,” he said. “(We have) similar body position and similar position on the ground, he’s been pretty big for me.”

After only returning to footy this year Gown met with former Collingwood premiership player Leigh Brown as coach, which proved to be revolutionary. After trialling Gown down back, the move forward was one of the most beneficial changes for the team as the 193cm forward owned the forward 50.

“Browny just decided to move me around and see I guess, where I best fit within the team and then we ended up putting me down forward and I had an alright game and then I pretty much just stayed there for the rest of the year,” he said.

The Gippsland coach had a huge influence on Gown and the rest of the players at the club, credit to his experience and football knowledge at both the elite and junior levels.

“It was great, he was probably one of the only coaches I had over my football career,” Gown said. “He’s great the way he mentors all the kids throughout the squad, really great leader.”

Living out in the country many players Gowns’ age are accustomed to the hefty drive to games and training.

“It’s definitely pretty challenging overall but I was used to it travelling around for basketball all over the state,” he said. “It gets pretty hard with recovery and stuff like that, with driving home an hour or more after a game rather than recovery, gets a bit difficult at times.”

All challenges aside, Gown has plenty of upside and could prove to be a valuable get for any club during the draft period.