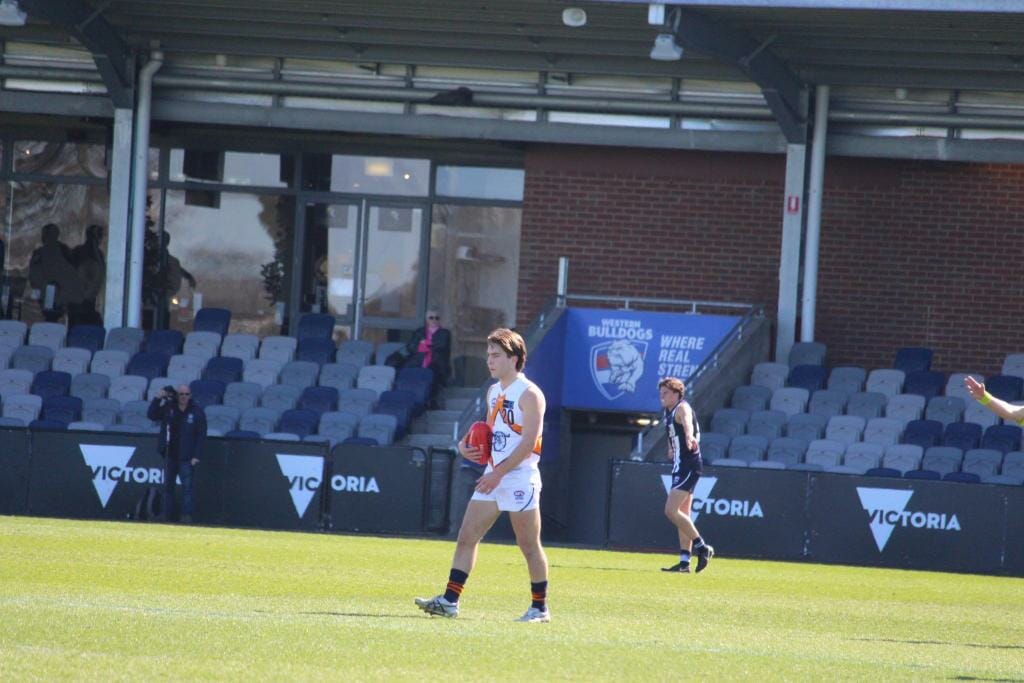 AFTER winning the 2016 premiership, the Western Bulldogs have dropped down the table, missing out of the finals series, and turning over a number of players to leave them with a few spots to fill in their side. Class, speed and pressure are the three areas the Dogs could improve on, and it will be no surprise to see them target these areas at tomorrow’s AFL draft. They could also do with a mature-aged ruck, but that could come in the Rookie Draft as much as the National Draft.

The Western Bulldogs hold pick seven, and you expect them to get their man, Bailey Smith with the selection. The Sandringham Dragons captain is a terrific leader with all the areas they are looking for packaged into one. Without a pick until 27, you expect they will opt for a Smith over teammate, Ben King who is expected to be available, however if Port Adelaide throw a curveball and select Smith instead, the Bulldogs will think long and hard about King. Jye Caldwell is likely to be the next midfielder in line, and one that also ticks the three boxes required, however he may not be on the board with Gold Coast keen to snap him up with their third selection. Not much has been spoken about the Dogs trading, but logically, they could do a deal with the Suns involving a pick swap to move one place higher and guarantee themselves one of Smith or Caldwell, but whether it is worth it is another story. Chayce Jones could be an outside option for the Dogs as well, should both Smith and Caldwell be off the board.

The picks in the second round are likely to be used for a combination of Rhylee West – a father-son prospect – and one other player, with a bid not likely to come in the first round. As it stands, West has not been invited to the AFL National Draft, which Dogs fans should breathe a sigh of relief as it means a club is not intending to bid on him in that first round at this stage. It is anticipated the nuggety midfielder/forward will cost them their pick 27 – which will push them back to the 30s after other bids – but they could be lucky enough to just pay up their pick 32. With Next Generation Academy member, Buku Khamis most likely coming attached to pick 45, the Dogs will need the one other selection – class and speed the preference. Some of the names who should be on the board at that stage who tick those boxes are Dandenong Stingrays’ Will Hamill, who also has interest from Melbourne and St Kilda, South Australian endurance runner, Jacob Kennerley, Tasmanian winger, Fraser Turner and Northern Knights’ midfielder, Tom McKenzie.

The Bulldogs only have the four senior list spots available as it stands, and have stockpiled extra picks if West or Khamis cop earlier than expected bids. It is anticipated at worst that pick 45 might be knocked back a little, as might pick 63, but ultimately, they may well be done and dusted by the mid-late 50s tomorrow night.