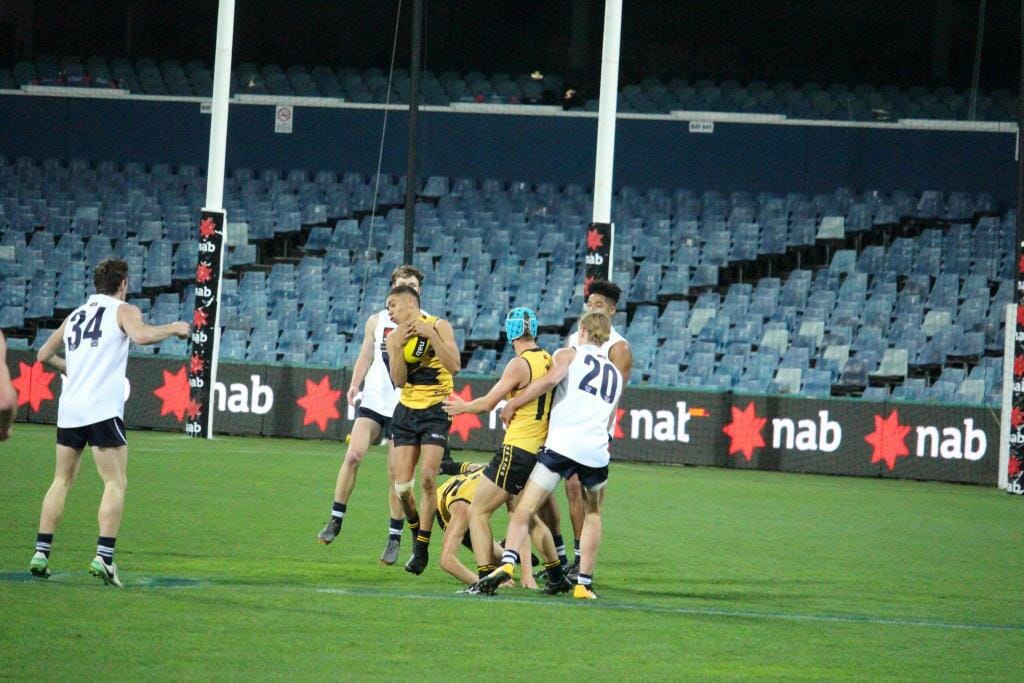 THE 2018 premiers do not have too many pressing needs for their list, especially considering their premiership window is wide open.

Coming off the premiership, the Eagles do not have any significant holes in their list management – they have a well-stocked midfield, an array of gun forwards, some excellent defenders and serviceable ruckmen.

They enter the draft at pick 20 and depending if he slides, the Eagles could look to Perth product Ian Hill to fill the shoes left by the retired Mark LeCras. Hill is a similar damaging small forward to Fremantle star Michael Walters, and would add an extra spark to an already impressive forward line. They might opt for a taller forward option in Sam Sturt or Curtis Taylor if either are on the board. West Coast could be the side that pounces first on Bailey Williams if they think he can fit amongst their talls and secure a long-term ruck/forward rather than a short-term mature-ager.

With pick 22, West Coast could look at Victorian pair Xavier O’Halloran and Ely Smith. O’Halloran, a product of the Western Jets, is seen as the best leader in this year’s draft pool and is a midfielder capable of inflicting damage on the scoreboard – traits similar to Richmond’s premiership captain Trent Cotchin. Smith on the other hand is a speedy and competitive midfielder who attacks each contest with vigour, similar to St Kilda’s David Armitage.

It is expected the Eagles will receive a bid for Next-Generation Academy member Jarrod Cameron around pick 40 and will certainly match the offer, giving up their remaining picks for the Swan Districts product. Cameron is a small forward who is raw but has plenty of upside. If they look to add a tall late in the draft, perhaps they turn to James Blanck, Riley Grundy or Kyle Reid who could be there in the final stages of the draft.

There is talk that the Eagles will look to add ex-Sydney player Harry Marsh or ex-Brisbane player Marco Paparone in the Rookie Draft. Marsh will add to the small-medium defensive options, especially considering Shannon Hurn is 32. Paparone will be the fourth recognised key defender at West Coast behind Jeremy McGovern, Tom Barrass, and Will Schofield.