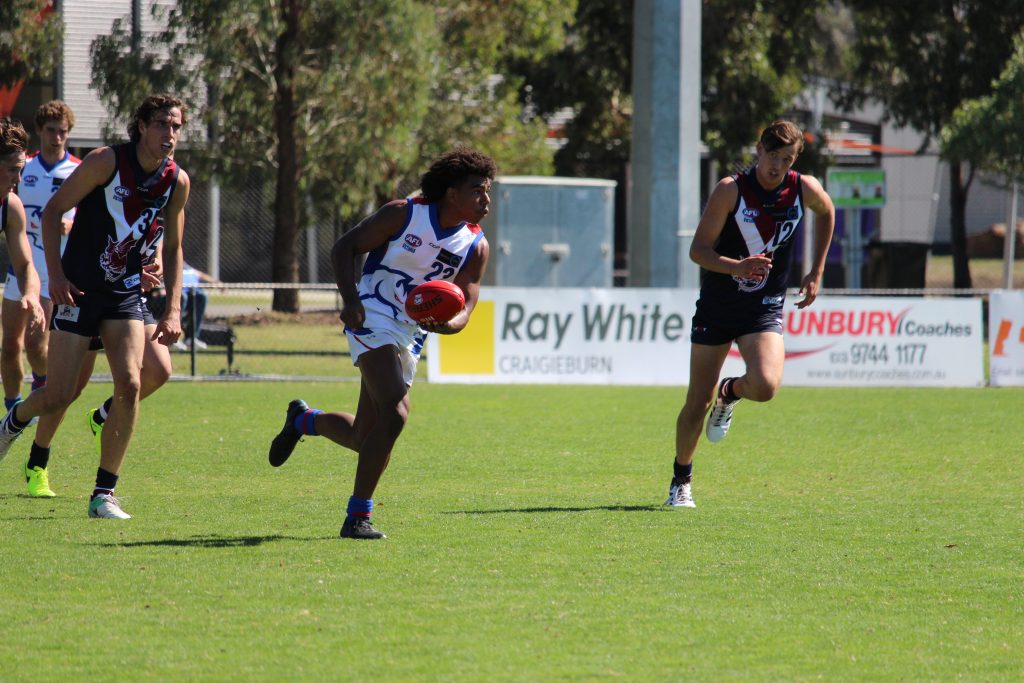 SO tomorrow is the 2018 AFL National Draft and you need a quick guide to know the basics. We have you covered so read below to find out the details, draft invitations, father-son and academy players, bidding system and club-by-club picks.

The 2018 AFL National Draft kicks off from 7pm tomorrow night, Thursday, November 22. The first round will be televised live on FOX FOOTY – with coverage from 6.30pm – and the remaining picks to be taken from midday on Friday, November 23. The first pick in the second round will be taken from 12.05pm, with the rookie draft to follow that evening. Depending on how long the National Draft takes, the Rookie Draft could begin anytime between 5pm-7pm.

*Known, can still change between now and tomorrow night.

*indicates late call-ups after an initial list of 24 names were released.

The names above are all eligible to be taken by the club their father played for, however in the case of Matthew Neagle (Essendon) and Kyle Dunkley (Sydney), to quote the AFL rules, if the pair “is not selected at a National Draft, the Club with whom he is eligible as a Father/Son Player may include him on its Rookie List prior to the Rookie Draft.” However any AFL club may select them in the National Draft without the father’s club being able to match.

Northern Academies and Next Generation Academies are different to the father-son rules in the sense that clubs nominate all the players they are considering listing either on their senior or rookie lists. They can choose to match bids during the National Draft, select them with their later selections if they like, pre-list them prior to the Rookie Draft, or choose not to take them. The reason for nominating some players is just for the option of matching bids if they choose, for those not nominated, they are free to be chosen by any club. A father-son example of that is Carlton’s Wil Hickmott who the club has chosen not to nominate, and therefore any club may select him without the Blues having the right to match a bid.

HOW DOES THE BIDDING SYSTEM WORK?

Much like when clubs go to select a player, the AFL club calls out the name of the player they wish to select, which prompts the AFL to turn to the club attached to the father-son or academy player, and ask if they wish to match. They work out the offer of picks it will take to match and the club then can assess its options if they match or let the player go to the club that bidded. If a bid comes in and clubs are worried they might struggle with points to match it, they can do a live trade to bring in more points. However, some clubs are exempt from future pick trading, which limits options (explained below). If a club does match and they do not have enough points, they go into deficit next year.

The best example could be Collingwood who are set to have to match Isaac Quaynor and Will Kelly, which if they are high enough could see them lose all their picks from 41 to 60, and may still not have enough points to match. While they will definitely be fine matching Quaynor, the placement of the Quaynor bid could determine Kelly’s future. The club will hope that the Quaynor bid does not come in the top 10, because if it does, and Kelly – who has been invited to draft night – also cops a first round bid forcing the Magpies into deficit, they Collingwood are unable to match as they traded their first rounder to Brisbane in the Dayne Beams exchange. If Kelly’s bid comes in the second round, that will be fine as the points deficit will come off next year’s second rounder instead.

Arguably the keenest club on both, especially Quaynor, is Adelaide, who holds picks 8, 13, 16 and 21. With Nick Blakey and Tarryn Thomas‘ bids expected to come before Quaynor on draft night, Adelaide could hold picks 9 (after a club bids on Blakey) and 15 (after Thomas bid), with that latter pick expected to be the bid on Quaynor. Any later picks and the Pies will have the points to cover easily. The remaining sides with father-son and academy prospects are not expected to have any issues matching bids.

It is worth noting, clubs receive a 20 per cent discount on bids that occur in the first round, and a discount of a flat 197 points from the second round onwards. So if a bid for Quaynor as the example came in at 15, that selection is worth 1112 points. A 20 per cent discount sees Collingwood needing to cover 890 points. With the expected two earlier bids, Collingwood would hold picks 43 (378 points), 46 (331), 59 (158), 61 (135) and 62 (123). That would remove picks 43, 46 and 59, with pick 61 moving back to pick 63. If Adelaide then bid on Kelly with pick 25 (after Blakey, Thomas, Quaynor and Bailey Scott bids), it is equivalent of 756 points. The Magpies get the flat 197 points from the second round bid, meaning they have to come up with 559 points. They would not have enough points to cover, however they will be just forced into deficit in the second round next year.

While there has been some rumours in the past few days that Carlton might be considering Izak Rankine with the first overall selection, it would be quite a shock not to hear Geelong Falcons co-captain, Sam Walsh‘s name read out first tomorrow night.

If you’re keen to find out more detailed information about each prospect mentioned here and more than 200 players across the whole draft, check out our AFL Draft Central 2018 Draft Guide.