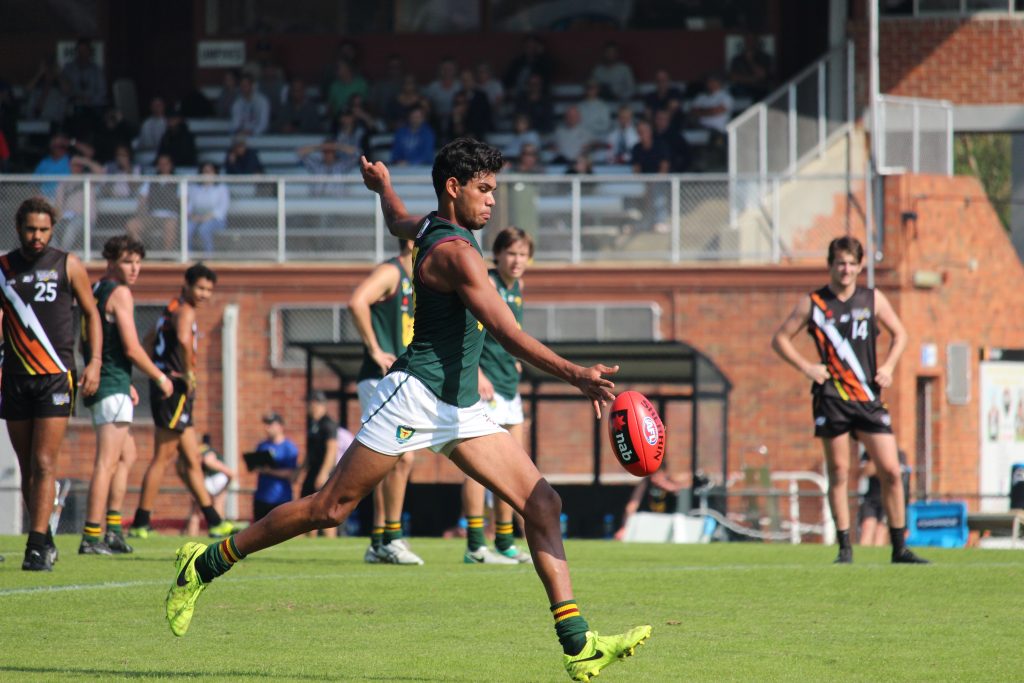 MANY commentators and punters predicted North Melbourne to be in the bottom five of the AFL in 2018. However, the Roos defied these predictions, finishing ninth with 12 wins (one win away from the top eight). During the Trade Period, the Roos brought in a heap of talented players such as Aaron Hall, Jared Polec, Jasper Pittard, and Dom Tyson. They also secured plenty of draft selections to secure academy and father-son prospects.

It is likely North Melbourne will receive a bid for their highly-rated Academy prospect Tarryn Thomas between pick seven and pick 20. The Roos should happily match the bid for the talented youngster thanks to the multiple picks in the 40s. Thomas is a highly skilled and explosive line-breaking midfielder who can impact the scoreboard, much like Gold Coast star Jack Martin. Thomas has the capabilities of playing from round one next year. He has high offensive drive and moves well, while having the prototype size of 189cm that he can fill out and be a valuable contributor at Arden Street.

The Kangaroos will also match a bid for father-son prospect Bailey Scott in the second round. The son of former Geelong and North Melbourne champion Robert, Scott is a versatile midfielder with clean hands, neat skills, a good ball-winning ability and someone who oozes leadership. He does not have too many deficiencies in his game and Kangaroos fans will be excited by having him on board because he offers consistency and an ability to roam around the ground.

Finally, the Kangaroos have nominated fellow father-son prospect, Joel Crocker, son of Darren. He has not had much luck getting on the park in the past 18 months, missing his entire top-age year this season, but has nice athletic ability and some great upside for the future. He is a long-term prospect who might take some time, but should be worth the wait when he fully develops. The . Kangaroos could well head home with just Thomas, Scott and Crocker, making it an easy night for both the club and supporters knowing who will walk into Arden Street the next week. With the club having four list spots to fill, they will likely pick up a late prospect, who could be someone like an Angus Hanrahan or Tyron Smallwood who could be selected before Crocker, or perhaps they opt for a tackling small forward in Hayden Sampson.