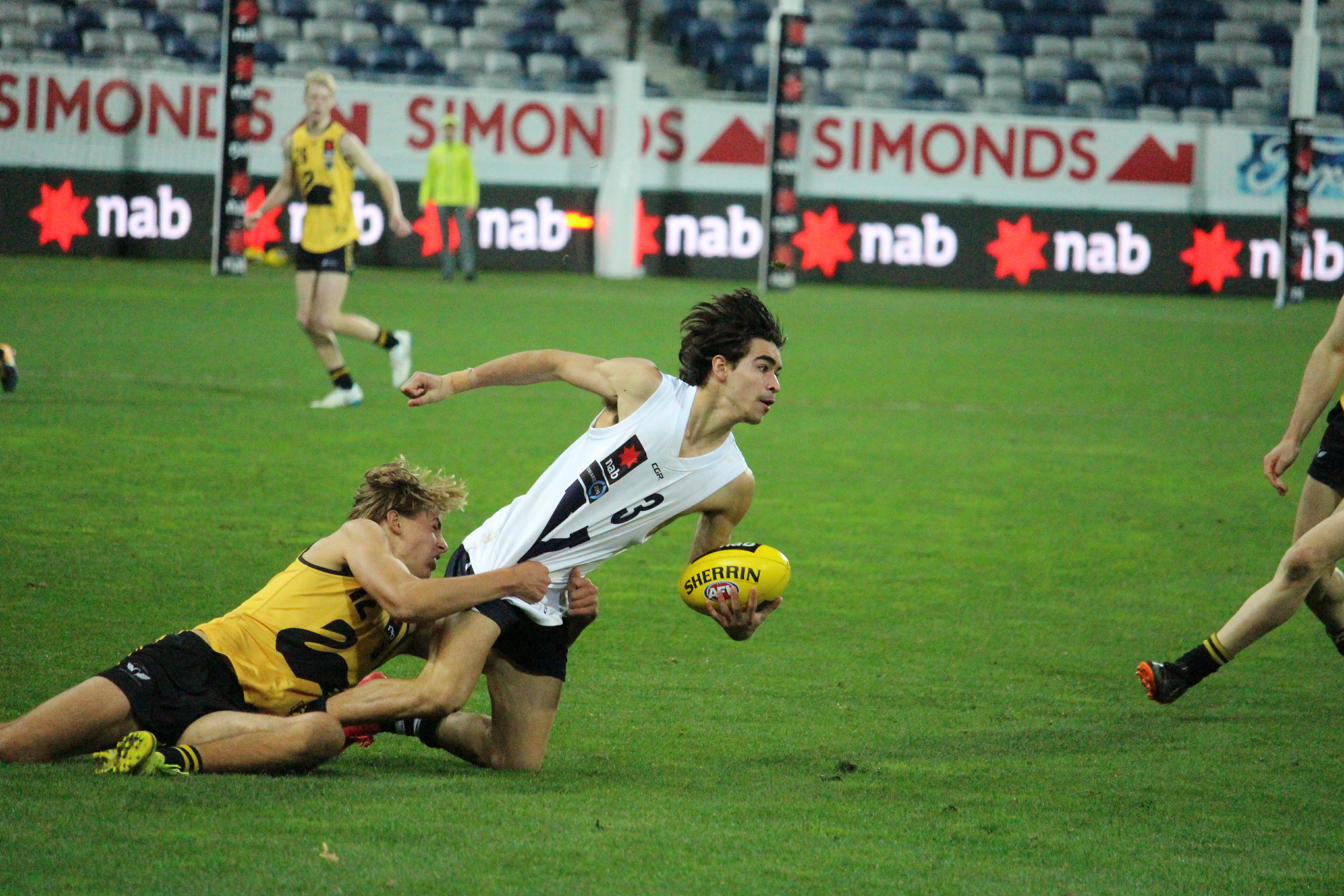 MELBOURNE reached the penultimate weekend of the season before disappointingly bowing out to a red-hot West Coast at Optus Stadium. With the acquisitions of Steven May and Kade Kolodjashnij over the trade period, the Demons have one of the most well-balanced lists in the competition. They might target some outside run to help with their top-notch onball brigade, while also added another small-to-medium forward, and perhaps a ruck for depth late.

The Demons have two selections in the top 30 – which will likely be pushed back due to multiple father-son and academy bids taking place in the first two rounds. They have some later picks as well which will be used to match a likely bid for Next Generation Academy member, Toby Bedford in the late second to early third round. Bedford adds that element up forward with his defensive pressure, X-factor and high-level game smarts setting him apart from other small forwards at the draft region. Sam Sturt is an earlier selection that might come into consideration, though there are a number of midfield prospects likely to be in the Demons’ thinking. They would certainly have a look at the likes of Xavier O’Halloran or Jacob Kennerley who are gut-runners with elite endurance. O’Halloran can also play inside or down forward, while Kennerley has spent time off half-back. If Ian Hill somehow slid, one would think they would snap him up, while Ned McHenry and Curtis Taylor are others who could be there if the Demons are lucky and might pounce. Another to consider is Bedford’s Stingrays’ teammate in Will Hamill who is a top athlete with sublime skills, or Fraser Turner who is another outside player with neat skills.

With the later selections, Melbourne will likely have to cough them up to match Bedford, but they could move further down and still find some diamonds in the rough. Perhaps Riley Bowman or mature-ager, Darcy Fort might be a late option if they are on the board to fill their ruck needs. Depending on their earlier picks they might opt for outside runner, Will Golds, or perhaps Matthew McGannon or Mitch Podhajski who provide bigger bodies that could play outside or anywhere on the field. Joe Ayton-Delaney and Brayden Ham might be others coming into consideration for the later picks if they are still on the board.  If they look to add a forward having gone midfield early, the Demons might look to Oscar Chapman or Zane Barzen as medium forwards. Much of consideration for Melbourne’s selection depends when the Bedford bid comes in, but will likely be after their first two selections.