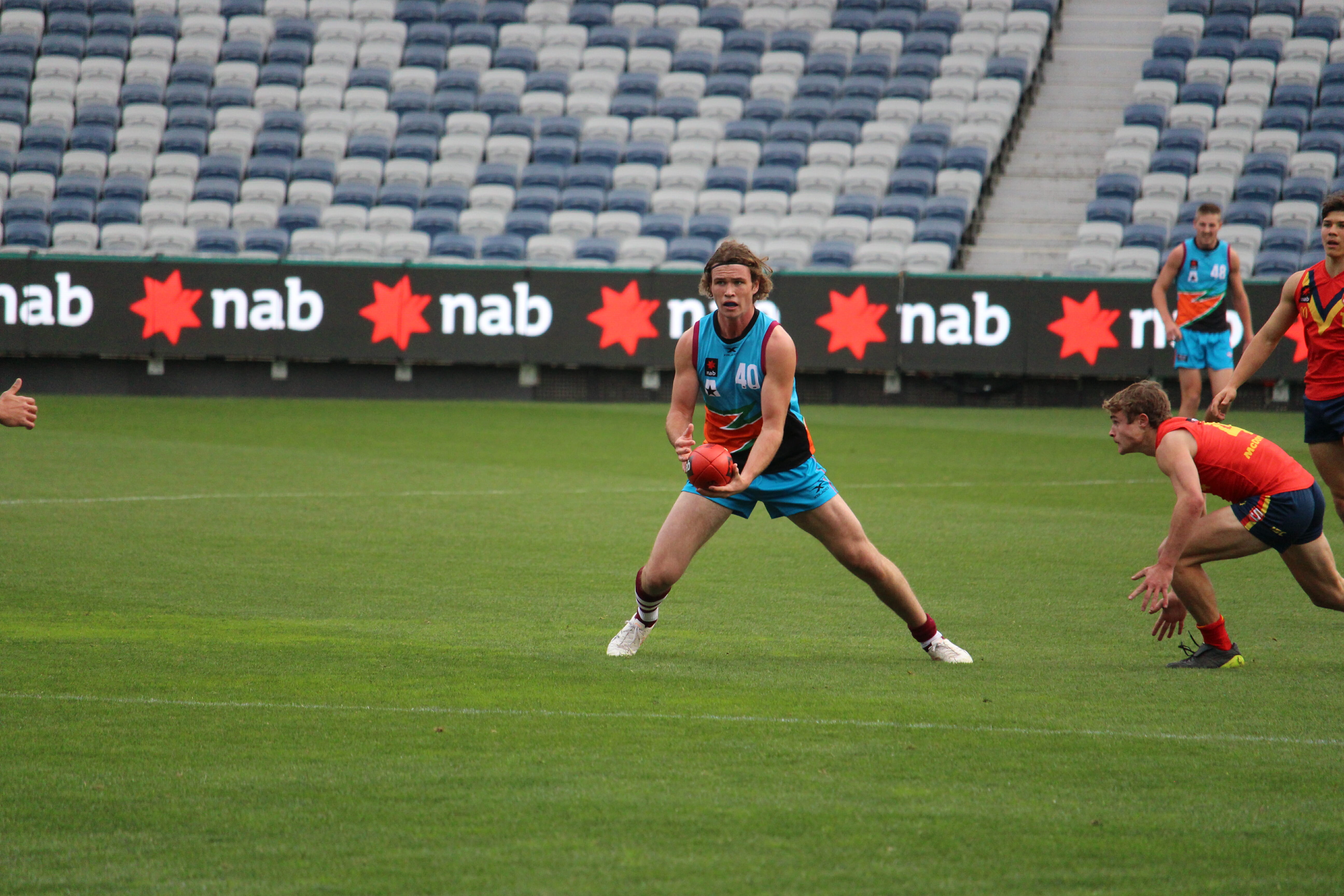 GWS GIANTS enter the draft with a very strong hand, holding four picks inside the top 25. They will likely use the latter one to match a bid for a GIANTS Academy prospect, but be able to fill a need at the same time. They lost a number of players over the off-season for various reasons, and now will look to replace the likes of Dylan Shiel and Tom Scully through the draft.

GWS GIANTS’ main priority in the 2018 AFL Draft is to replace those players who have departed the club and pick more readymade young players to ensure the club remains in flag contention. Their main concern would be the ruck stocks, with the departure of Rory Lobb –  Shane Mumford is set to return but he is a short-term solution.  The long-term solution will come in the form of 200cm-plus Academy ruck, Kieren Briggs. Expect him to cost the GIANTS their third, or more likely fourth selection in the draft. Clubs are keen, and the GIANTS are just as keen to hold onto the hard working ruck. So Briggs ticks the list need of a ruck.

Moving onto their other areas, they have lost Dylan Shiel and Tom Scully, as well as up-and-coming young midfielder, Will Setterfield. It leaves a bit of a hole in the midfield for a player to slot in that can burst out of a stoppage, or run all day inside or out. There are a few options they could consider with both picks at nine and 11 likely to be midfielders. They might opt for the burst speed of Riley Collier-Dawkins and pair that with the consistent, hard-running of Jackson Hately. They might opt to go smaller for their athletic desires and snap up Tasmanian midfielder and future AFL captain, Chayce Jones. Perhaps they might like the inside body of Liam Stocker – who could be there at pick 19 anyway, or the flexibility that Gippsland Power captain, Xavier Duursma offers. One would have to think if Jye Caldwell made it to Pick 9 that the GIANTS would be very quick in reading his name out given he ticks all the boxes at once. Another player who would be considered at pick 11 might be the speedy Zak Butters who offers plenty of upside for the future, or perhaps the GIANTS look to Jordan Clark as a player who could transition into a long-term midfielder.

At Pick 19, if the GIANTS picked up two midfielders, they might cast their eye on draft bolter, Sam Sturt who adds a different dimension to their forward line. Pocket rocket, Ned McHenry might be another consideration if they opt for tenacity of athleticism, while Curtis Taylor is another medium forward with talent to burn. One would expect from the 2018 National Draft that the GIANTS pick up two midfielders, one forward and a ruck with their first four picks, but if a slider appeals to them at their picks, they could easily go best available in other positions.

At Pick 59, it depends who will be left available, with other sides matching bids that could see the GIANTS’ pick move into the top 50. With so many inside midfielders available in the third round, any one of Tom Sparrow, Tom Berry or Jack Ross could be available. They might go speculative with a Harry Reynolds or Tyron Smallwood who have plenty of upside, or a mature-age player who can fill a role whether that be a back-up ruck in Darcy Fort, or a state league midfielder in Ben Cavarra or Brett Bewley. GWS also has a number of Academy prospects who might be considered with their last pick or in the rookie draft such as Guy Richardson, James Peatling, Jeromy Lucas and Mathew Walker.