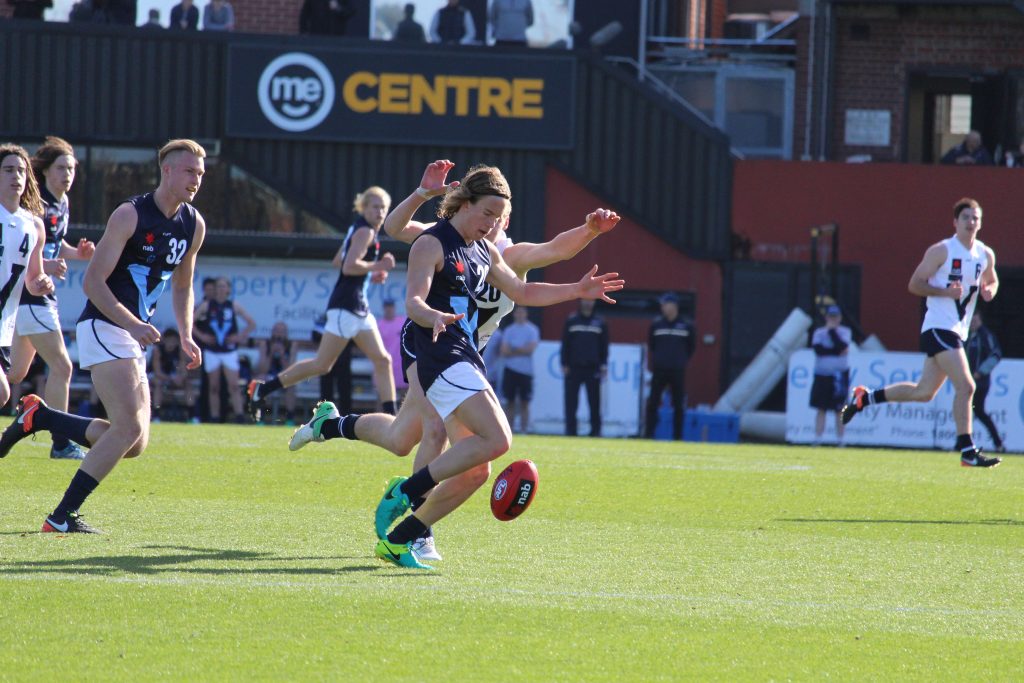 It seems to be agreed upon talking to many Bombers supporters that an inside midfielder is the absolute necessity with the club’s first pick in the second round. Preferably if that inside midfielder has some speed out of the contest, all the better. They will arguably look to go tall at some point, with a drifting key position player or ruck, and then most likely best available in any late picks the club has in the draft.

At Pick 34, the Bombers will look and see who is left, with so many possibilities depending on how the clubs ahead of them value players. Essendon might decide to throw a spanner in the works and bid for Connor McFadyen at pick 34, forcing the Lions to match with the very next pick. Of non Academy tied players, Essendon will take a hard look at Calder Cannons co-captain, Jack Bytel, Oakleigh Chargers ball winner, James Rowbottom, or West Australian talent, Sydney Stack. If they are lucky, perhaps a sliding midfielder in Ely Smith or Xavier O’Halloran might be there, with the latter more unlikely than likely.

At the later picks, Essendon might opt for a tall and look at ruckman, Riley Bowman if he is still on the board – given the likelihood of rucks sliding on draft night. Hugo Munn or Hudson Garoni could be there, or perhaps they opt for a more athletic tall in Oscar Chapman or Zane Barzen. Perhaps Dillon O’Reilly – a hybrid of both positions – might come into Essendon’s thinking, or they might end up going with Jake Gasper or Jed Hill who could be late/rookie chances.

In terms of Essendon-tied players, Mason Fletcher has opted not to nominate for the AFL Draft and has instead chosen to play with TAC Cup side, Calder Cannons in 2019. Daniel Hanna attracted some interest with a Rookie Me Combine invitation and could be placed on the list through the rookie draft.