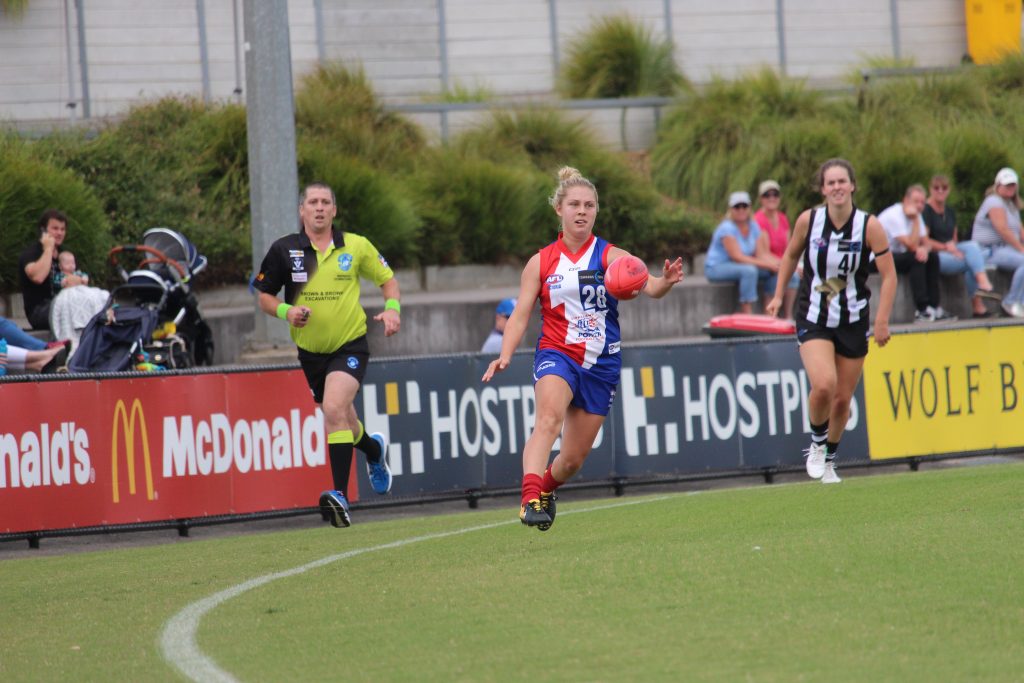 MELBOURNE will field a new-look line-up in 2019, suffering a loss of players to expansion clubs, North Melbourne and Geelong. With only five spots (they passed one pick) in the draft, the Demons had to pick their players carefully.

Hanks was one of the hardest and most skillful midfielders in the TAC Cup Girls competition. She plays very similarly to Madison Prespakis through her clean ball-use and long kicking. She can also head up forward when her side is in trouble, making her a very valuable asset for the Demons. Hanks was awarded with a place in the TAC Cup Girls Team of the Year and the AFL Women’s Under 18 All Australian side, after being a co-captain of the Gippsland Power this year. She will be a key player in helping to aid the loss of Daisy Pearce.

Like Hanks, Brancatisano also had a leadership role this year, leading her Northern Knights to a TAC Cup Girls Grand Final. Brancatisano is a smart inside midfielder who has clean hands and a consistent desire to win the ball in congestion. She can also add valuable defensive pressure in the middle, proving how much of a role player she is. Brancatisano earned a spot in the TAC Cup Girls Team of the Year and also spent some time with Carlton in the VFLW, adding some valuable experience to her game ahead of her AFL Women’s debut in 2019.

Jordann Hickey covers the loss of Alyssa Mifsud, who was delisted by the Demons in the AFL Women’s off-season. Hickey was consistent up forward for the NT Thunder this season, kicking 14 goals from 14 games. She played 14 matches and was named in the best three times. Hickey’s overhead marking and accurate kicking will be quite valuable in the Demons’ line-up, and she can also act as a back-up ruck.

Shelley Heath is a great addition to the Melbourne line-up, thanks to her exciting run and carry out of the back pocket. She will inject some speed into the defensive 50, and could burn off a lot of players with that pace. Heath is also clever with the ball in hand, thanks to her clean hands and long kicks. She should do well to cover the losses of Anna Teague and Laura Duryea in the back line.

Melbourne definitely needed midfielders in this draft and the Demons took two great ones in Hanks and Brancatisano. The duo will be great additions to a potent midfield that contains the likes of Karen Paxman and Elise O’Dea. Up forward, Tegan Cunningham will combine with Jordann Hickey, giving the Demons a powerful line-up inside 50. The Demons might struggle in defence, as the loss of bigger bodies such as Anna Teague could hurt them. It will be interesting to see how Melbourne approaches its ruck situation after losing Erin Hoare and Alyssa Mifsud. The Demons could have picked up a designated ruck in the draft but elected not to.