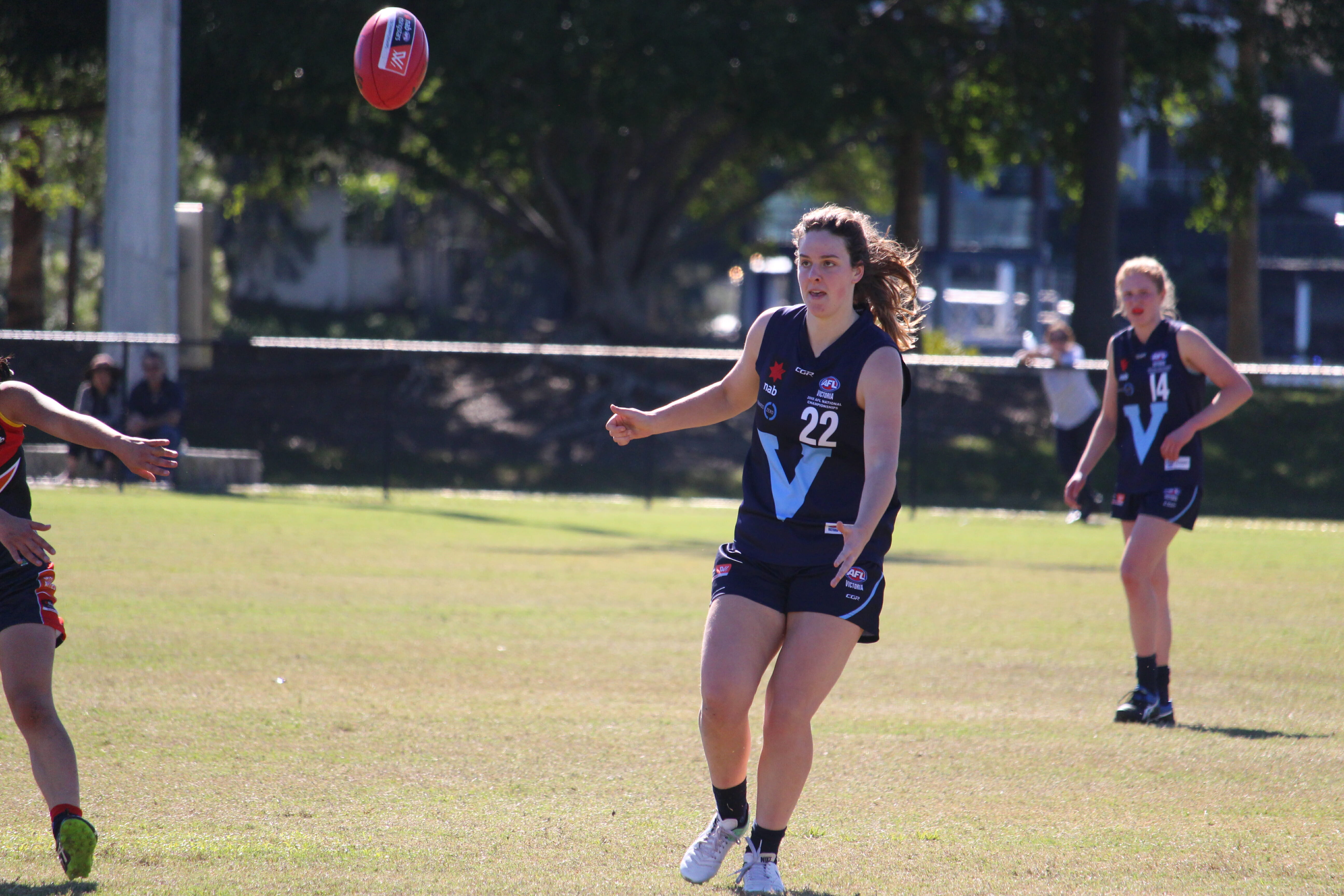 IN the midst of Year 12, Katie Lynch had a lot on her plate.

She featured in the TAC Cup Girls competition, represented Vic Metro, played for Collingwood in the Victorian Football League (VFL) Women’s competition and balanced school sport commitments as well. Although it was a difficult situation to be in for Lynch, she says she had no choice but to take those opportunities that came her way.

“Obviously I was a bit under the pump earlier in the year, well at least I put myself under the pump,” Lynch said. “I had the opportunities come my way and I just had to take them and I thought I did that pretty well so it’s got me here. “I’m proud of myself.”

Now, she finds herself on Collingwood’s AFL Women’s list, with the club selecting her with pick 10 in the draft. Lynch says although it was unexpected, she was relieved to hear her name being called out on draft day.

“It was obviously really exciting, probably something I didn’t expect either,” she said. “But I heard my name get read out and yeah it was just a real relieving feeling I guess but I’m excited to get started.”

Lynch has already experienced playing for the Magpies, having played with them in the VFLW, meaning she will be able to continue playing with some familiar faces. This also signals a new opportunity for Lynch to mingle with the new draftees, who she regards quite highly.

“There’s some really exciting players that we’ve drafted as well,” Lynch said. “We’ve got Jordy Allen so I’m just excited, everyone’s great, I know a lot of the faces there which will really help.”

The 18 year-old admits the VFL experience, along with the TAC Cup Girls and AFL Women’s Under 18 competitions, have helped her adapt to different game styles. This is something that she hopes will hold her in good stead for her upcoming stint in the AFL Women’s.

“TAC Cup, Metro, VFL, they all bring a different kind of game,” Lynch said. “They’re each unique in their own way so it was kind of interesting trying to adapt to each game style. “But at the end of the day, you’re just playing footy so it was good.”

Despite the simplicity of playing the game, Lynch admits she is is still coming to terms with being an AFL Women’s footballer, not accustomed to the prestigious title.

“It’s pretty surreal, hard to believe, really,” she said. “But I guess I’ll start believing it once everything really kicks off into pre-season but at the moment, it’s really surreal.”

Growing up as a Richmond supporter, Lynch has quickly adapted to the black and white, donning the stripes for both the Oakleigh Chargers and Collingwood Magpies this year. Now she will have the opportunity to continue to dominate in those colours at the highest level.