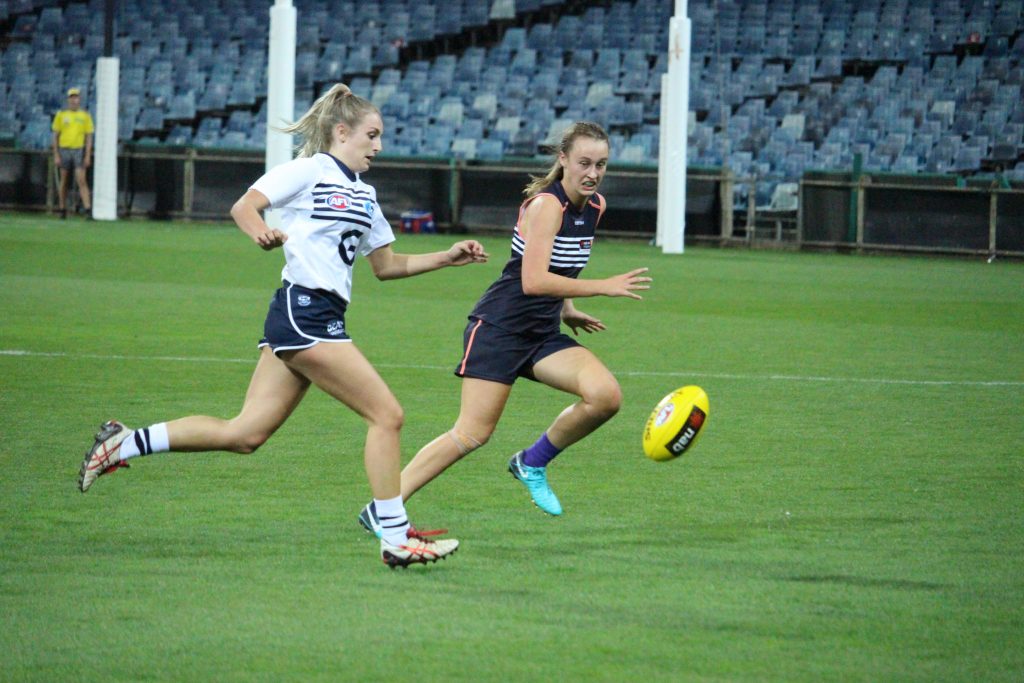 COLLINGWOOD was hit the hardest in the AFL Women’s off-season, losing many experienced players to other clubs. Moana Hope, Christina Bernardi, Jess Duffin, Jasmine Garner, Emma King and Amelia Barden will all be playing at different clubs in 2019, while retirees, Meg Hutchins, Bree White and Caitlyn Edwards will also be a big loss for the Pies. It was always going to be interesting to see how Collingwood went about its draft, but overall, versatility has been the theme as the side seeks a quick fix to its punishing off-season.

Allen is a known leader, having captained the Dandenong Stingrays and Vic Country this year. Allen is a star off half-back with her overhead marking and unique ability to build her own wall in the defensive 50. She can also roll into the midfield and have an immediate impact there with her football smarts and long kicks. She will play a big part in helping to fill the void of Chloe Molloy and Jess Duffin.

Lynch is a real X-factor player who creates excitement when she gets the ball. She has a fantastic long kick and can use it across the field. She is a tall player that plays primarily in the midfield and breaks the lines well with her strength. Despite limited game time in the TAC Cup Girls competition in the last two years, Lynch overcame injury trouble and battling school commitments to represent Vic Metro this year. She will help to fill the void of inside bull, Amelia Barden for the Pies in 2019.

Mikala Cann is a remarkable story. In her first year of football, she represented Vic Metro, played in a premiership with Hawthorn and was named in the TAC Cup Girls Team of the Year. Known for her ferocity in the contest, Cann is a hard inside midfielder who loves to tackle. Coming from an athletics background, she is able to combine her speed and power to haunt opposition midfielders. She will be a great addition to Collingwood’s midfield, and presents a style of play similar to Brittany Bonnici, so the pair should combine well in the midfield.

The skipper of the GWV Rebels had a great year, representing Vic Country and spending some time with the Western Bulldogs in the Victorian Football League (VFL) Women’s. Being a utility, she will add some much-needed versatility to the Collingwood line-up. Her endurance is perhaps one of the most impressive assets of her game and she proved it at the AFL Women’s Draft Combine, placing in the top five in the yo-yo intermittent test and the 2km time trial.

Shevlin was perhaps a bit unlucky to get delisted by Melbourne in the off-season, But after some fantastic football for Casey, Collingwood decided to give her a second chance in the AFLW. Rotating through the forward line and the midfield, Shevlin kicked five goals from 14 games and was named in the best five times. She’s a player who knows how to rack up the disposals and uses the football cleanly both by hand or by foot. Another player who will add some versatility to the Pies’ line-up.

Alexander burst onto the scene for the Pies this year in the VFLW. She kicked 14 goals from 14 games, including four majors against the NT Thunder. She was also named in the best eight times, highlighting her consistency. She is a powerful forward who can kick them from anywhere and is a great mark of the footy. She could be one of the most exciting players in the Collingwood lineup this year and could be a great replacement for Moana Hope.

Georgia Gourlay is another great story from the Pies, as she has bounced back from two knee reconstructions in three years to earn a spot in Collingwood’s AFL Women’s side. She was a promising junior, making the Under 18 All Australian team as a 16 year-old. She is known for her precise kicking, which she uses as an asset of her game on the wing and on the half-back line. She could find a home in defence to replace the likes of Caitlyn Edwards and Tara Morgan.

The Pies have picked up another delisted player in Jordan Membrey, who spent some time at the Lions in 2017. Her experience in an AFL Women’s line-up makes her a ready-made player for the Pies, which is a handy acquisition. Membrey got the chance to show her leadership skills this year, captaining Gold Coast in the AFL Women’s Winter series. She can rotate through the forward line and the midfield, and impresses with her clean hands.

Erica Fowler seems to be the solution to replace the departed Emma King. She and Hynes should combine well in the ruck to give the Collingwood midfielders first use of the ball. Fowler can also be a key target up forward, often playing a role for the Pies at full forward during the VFLW season.

The Pies’ draft strategy appears to revolve around experience and versatility. With the loss of so many players in the off-season, Collingwood needed to kill two birds with one stone, and recruited versatile players such as Erica Fowler, Jordan Membrey and Jordyn Allen to provide a quick solution for the mass loss of players. A lot of midfield depth has been added through the likes of Mikala Cann and Katie Lynch, which will help the Pies get first access to the football. The forward line has also been bolstered through the recruitment of Sophie Alexander, who was one of the most exciting forwards in the VFLW competition. The Pies have a lot of options to work with for 2019, so it will be interesting to see how they fit all these versatile players into their line-up.