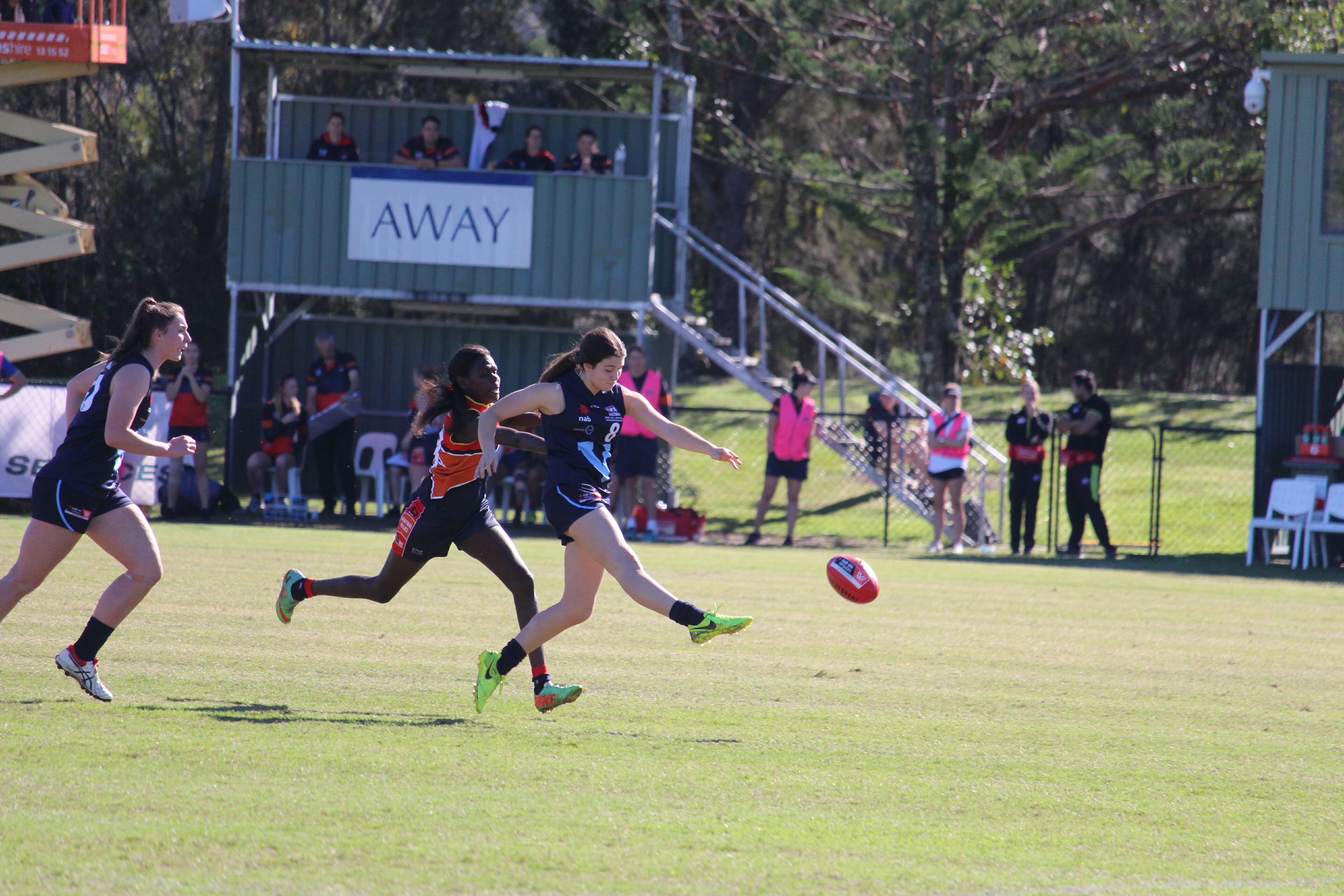 CALDER Cannons star, Georgia Patrikios was simply following in her brother’s footsteps as a youngster.

Now, she is one of Calder’s key players, a multiple Vic Metro representative and a member of the AFL Women’s Academy. Patrikios admits she cannot believe that young admirer of football is now a player herself.

“Ever since I saw my brother step onto the field, it’s sort of been a dream of mine to do what he does,” she said. “Now, it’s become a reality.”

Part of the reality has included being selected to travel to the Gold Coast for this year’s AFL Women’s Under 18 Championships back in July. Although she’s pulled on the ‘Big V’ before, the 17 year-old is still honoured to do it again.

This has been largely thanks to her development at the Cannons. Playing under the likes of top-agers, Madison Prespakis, Carla Rendelmann and Molly Warburton has really helped Patrikios develop her game.

“Being a bottom-ager, playing with the older girls, it’s been real good learning off them,” she said. “The coaches and the facilities are also amazing.”

Out of this development, Patrikios has developed some clear strengths.

Being eligible for next year’s draft, Patrikios has a year to finesse her skills, noting an improvement she’d like to make in her game.

“I’d probably say my overhead mark and probably my one-on-one contest, just getting my body a bit stronger and a be able to win those one-one contests,” the 17 year-old said.

Now with some time off football, Patrikios will get away, but she will not exactly relax.

“I like to go away so I do a lot of work at my beach house, a lot of running, go to the gym with my brother, kick the footy with them,” she said.

This work will undoubtedly help Patrikios play a big part in the Cannons’ 2019 season, and help her relive her favourite football memory, which was lifting up the premiership cup with her Calder teammates. She admits this year was a tough one to endure, but it started to come together towards the back half of the season.

“It’s just how it goes, the older girls move up, the younger girls just have to step up,” the Vic Metro representative said. “I had a pretty interrupted pre-season. “I found the start of my season a bit shaky but then coming to the last few weeks of the season, I put a few good games together.”

Despite the TAC Cup Girls season being over, Patrikios still went back to her local club, Pascoe Vale in a bid to turn a couple of good games into a solid season.

“I’ve gone back to local club, just working on my skills there and a bit of fitness,” she said. “Then we go back to the Cannons every second week and just do some training, fix up what we need to.”

The Pascoe Vale Football Club has played a big part in Patrikios’ football development, making the transition from boys football at West Coburg to female football seamless. Now approaching her top-age year of football, Patrikios hopes to combine her career choice of being a personal trainer with football.

“I’m hoping to maybe do a course after school after Year 12, so that would be good,” she said. “But I’ll probably hone down on going to the gym, getting my body right and just working on those basic skills.”