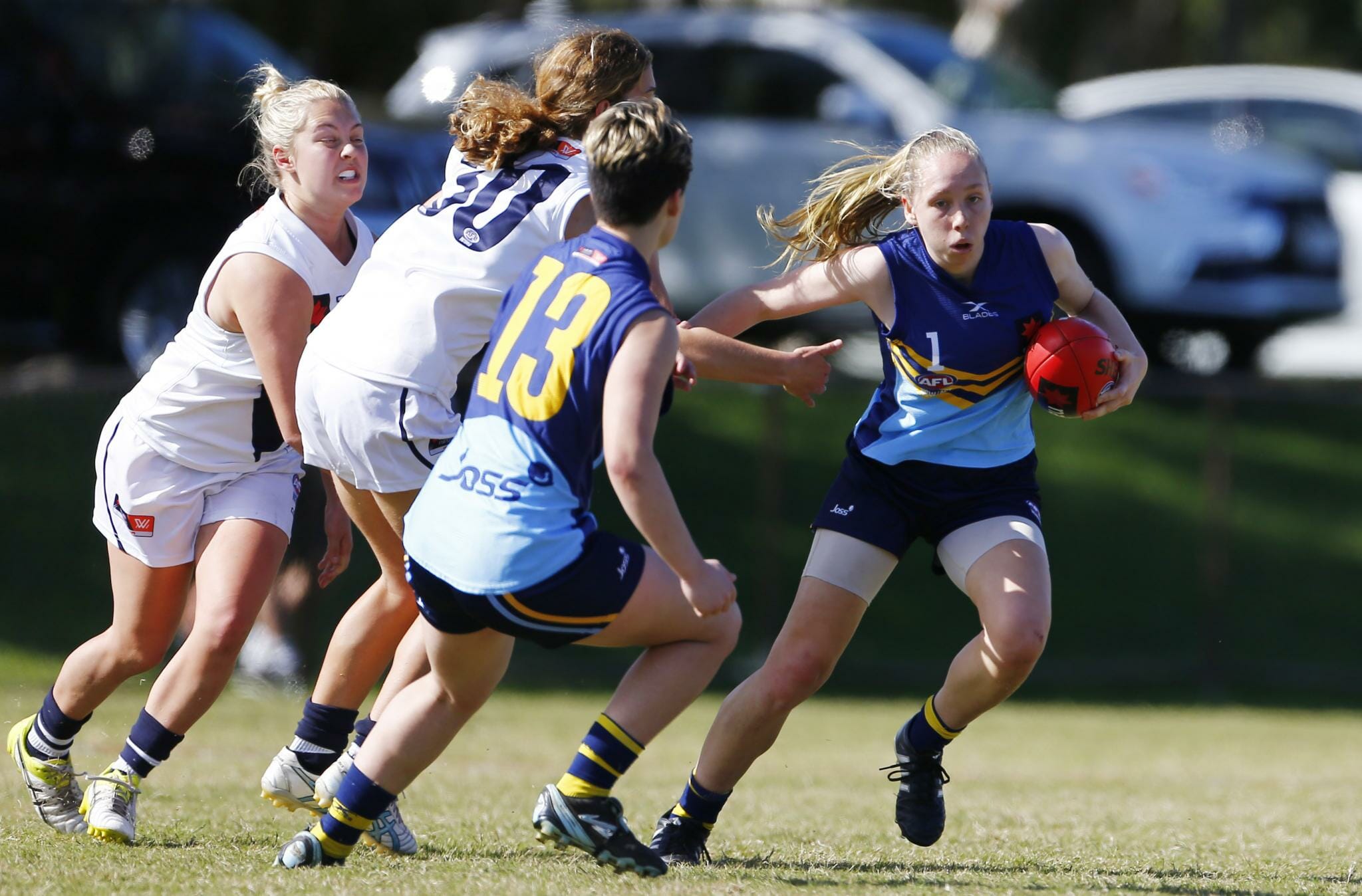 A promising footballer from New South Wales (NSW), Georgia Breward had an exciting year of Australian Rules ahead.

Then, an Anterior Cruciate Ligament (ACL) injury struck and ended her year of football. Breward describes the moment it happened.

“It was in the first game in the first round of nationals so I’d been going to all the camps monthly, travelling to Sydney and Canberra and all that to get on the squad,” she said. “It was in the first quarter, I hyper-extended my knee so I went off and then they did all the knee testing for stability and stuff. “I ended up going back on, strapped up the knee, went back on for a minute and my knee gave out again. “When I got home my Dad was kind of like I think we need to have an MRI (Magnetic Resonance Imaging) just to make sure it’s nothing serious and then I found out, and they said look, you’ve torn your ACL.”

From there, Breward had to make a swift move to get surgery if she was any chance of returning back to football in the near future. She said one of the NSW side’s doctors was a real help in the surgery process.

“I was really lucky, the NSW team and the team doctor, he just lives in Coffs Harbour which is about an hour and a half away, so I was able to get in and have a chat with him,” Breward said. “He got in contact with the surgeon I was with locally and they got me into surgery. “My initial thought was okay, I need surgery, I want to get it done as fast as I can so I can get on track to recovery so I can get back to playing footy so got into there, got surgery done probably about a week from finding out about my ACL, which is quite fast, and since then, I’ve been doing rehab.”

It is highly publicised that rehabilitation can be a frustrating process for up and coming players but Breward is seeing the positives and working hard to recover.

“Rehab’s been going really well,” she said. “I’ve been going to the gym for two and a half hours every day now. “I do cardio, my rehab exercises, and then I’ve been working on my upper body because that’s all I can do at the moment.”

Despite her hunger to get back into the game, Breward is content with taking the full year off to make sure she doesn’t encounter any issues with her knee in play. So far, her recovery is on track.

“There’s a general period of stages that they have for most people, so three months, you can start running and from there, you can start doing direction changing and stepping things and hopefully I can go back to local and start training,” the NSW representative said. “I’m definitely taking the whole 12 months because I really want to make sure my knee’s 100 per cent and try and squeeze in two or three games at the end of the year and hope for the best really.”

Not only is she facing the obstacle of a long-term knee injury, but Breward has challenging travel commitments. Even though she admits it’s difficult, Breward says it has presented her with a new challenge to overcome.

“It is very hard but you’ve got to do it,” she said. “It’s where I live, that’s one of the obstacles I’ve got to deal with because of my location but in the end, I’ve really benefited from it because I’ve been able to play at a much higher level and standard of football. “It’s challenged me. “There’s been a clear improvement in my football being from that sacrifice of travelling all those hours and miles.”

One of these trips involves Breward travelling two and a half hours to train and play at Coolangatta. While this experience is beneficial, it presents challenges in other areas, as she finds it difficult to communicate with AFL Women’s clubs. Despite this, she is appreciative of the support she has received.

“I have had a bit of communication with the Giants,” she said. “It is hard for me though where I live, because I’m so far away. “I do find it hard sometimes to get in contact with anyone. “They’ve been really good about it, both NSW and the Giants have offered lots of support and if I need anyone to talk to, they’ve offered that they’ll be there to offer some resources for me which is really awesome.”

This is clearly a good thing for the dedicated football fanatic Breward, who could not name a hobby outside of Australian Rules.

“There’s not a lot, football’s pretty much my life,” she said. “I live and breathe it.”