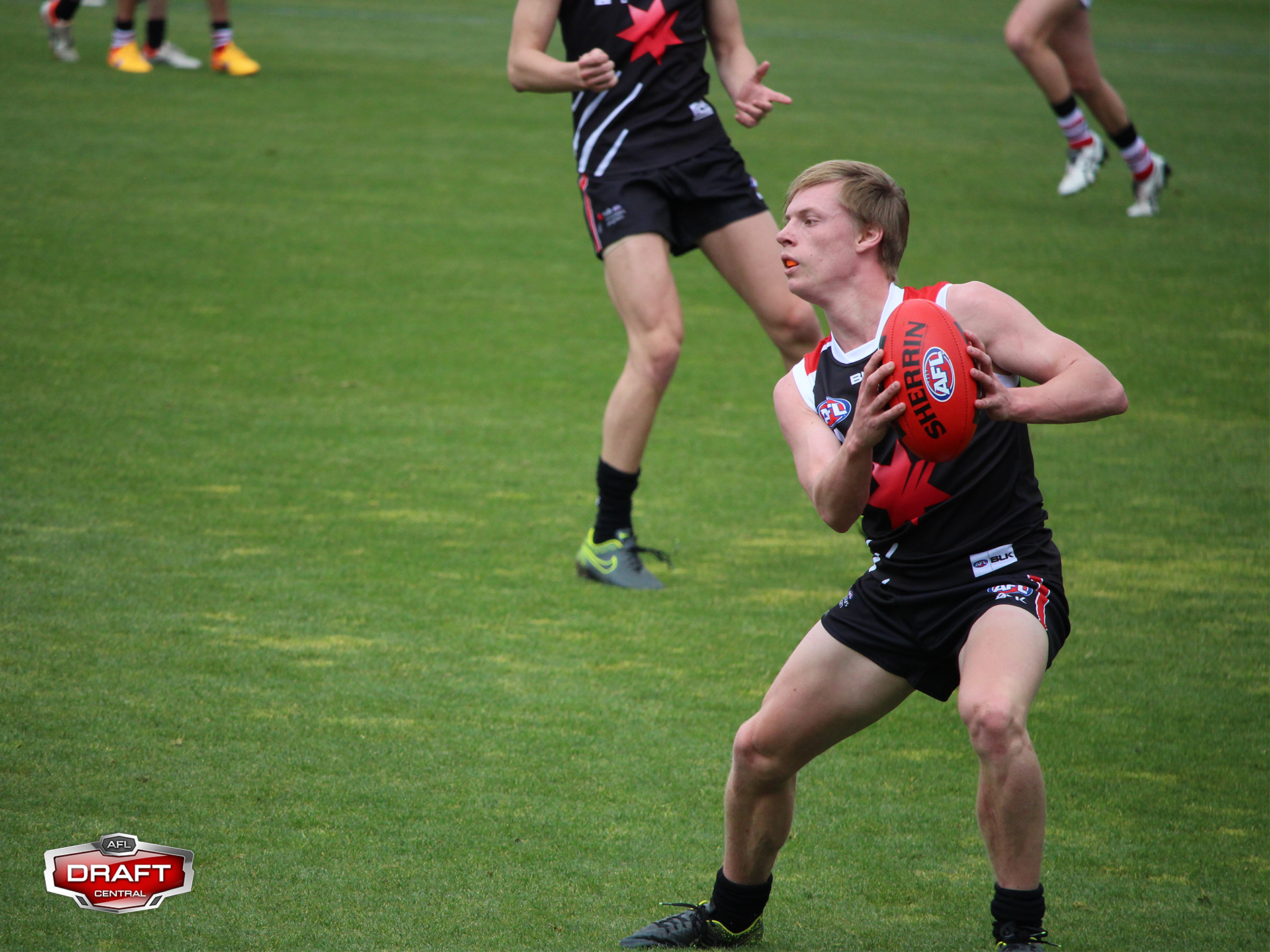 Six teams became four from the weekend, with a number of first-year players standing out in the two semi-finals.

The small forward has managed 17 solid games in his first year at AFL level, occupying a role in the Demons forward line and kicking 14 majors. In his second final, Spargo managed 12 possessions (seven kicks and five handballs) at a strong disposal efficiency of 83 percent. Spending the vast majority of his 83 minutes on the ground in the Demons half of the MCG, Spargo was able to pressure the opposition ball carrier and lay three tackles. The Murray Bushranger alumni took three marks (two inside 50) and also had three goal assists. His ability to get off the chain will see him make the trip over to Perth to face West Coast.

Having seamlessly slotted into the Dees best 22, Bayley Fritsch again proved their is still plenty of AFL quality talent running around in the state leagues. In the famous victory over Hawthorn, the wingman/half-forward gathered 16 disposals (eight kicks and eight handballs) at a typical 81 percent disposal efficiency. A key component of his game this year has been Fritsch’s ability to roam up onto the wings and half-back areas, take a lead-up grab then pin-point a target with precision. This, combined with his aerial strength and defensive pressure, has made him a handful for opposition teams to match up on. He also took a further four marks and laid three tackles in another consistent performance last weekend for the Dees, helping his side book their tickets to Western Australia.

Coming on late in the home and away season, Brody Mihocek has proven to be a valuable addition to the strong Collingwood outfit. Given the Magpies battles with injuries to key players, his presence up forward has been crucial at times, proving the perfect match-up with teammate Mason Cox. In the victory over the Giants, Mihocek managed nine disposals (seven kicks and two handballs at a 67 per cent disposal efficiency), three marks, two tackles and a goal. Interestingly, four of his disposals came at true centre half-forward, allowing Cox to utilise his superior height closer to goal. The Port Melbourne recruit could be a vital cog as the Pies look to take down the high-flying Richmond on Friday night.

The NAB Rising Star winner was again serviceable, however his night could have been better if he was able to convert in-front of goal and by foot. Stephenson, who operated across the wing and forward-line during the win over the Giants, managed 10 disposals (seven kicks and three handballs), but only went at a 30 per cent disposal efficiency. In-front of goal, he had a host of opportunities, but managed just three behinds. His speed and aggression saw Stephenson lay three tackles, while he was slightly below par in the air, taking just two marks. The future-star looms as a serious x-factor in the all-important upcoming clash against the Tigers.

Despite the Hawks loss, the mature-age player from Box Hill could hold his head high. It is never easy returning to a team in the midst of a finals campaign, but an injury to Ben Stratton saw Mirra earn his place back in the team. He amassed 19 disposals, 10 marks and laid two tackles, playing on the outside with a disposal efficiency of 79 per cent, and winning the ball in the back half of the ground. He finished the game with four rebounds and two inside 50s as well, along with two score involvements.

Known as a contested ball winner, Worpel had a quieter night, spending two thirds of his evening in the forward half. He had the nine touches and kicked a goal, while also laying five tackles. Much like a number Hawks later in the game, the impressive first-year player dropped away with just the one touch in the final term. While it was not his best game of the year, he can be proud of his first season in the AFL.