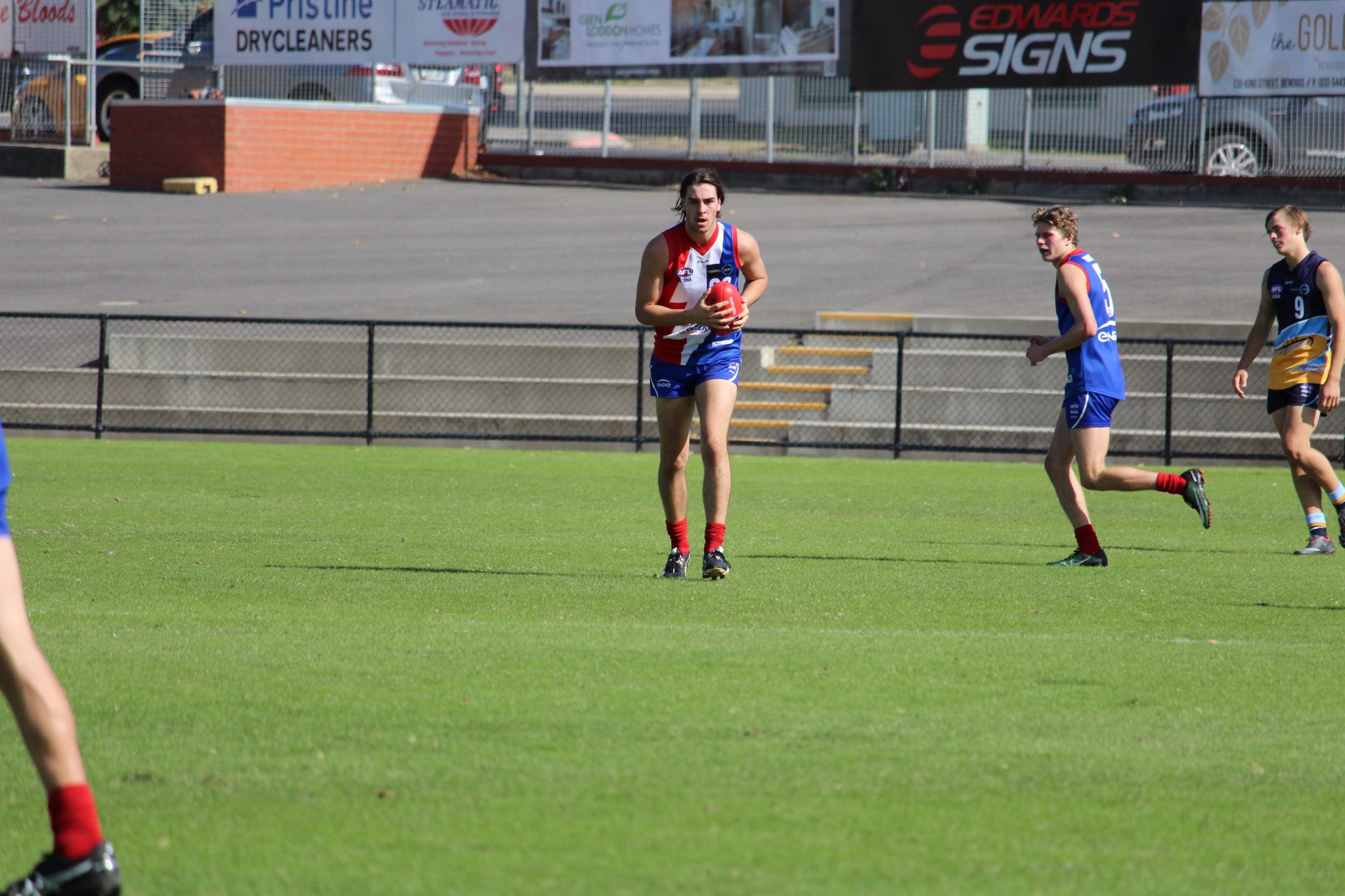 WE are down to the final four TAC Cup sides for season 2018, with Dandenong Stingrays taking on Sandringham Dragons, and Gippsland Power facing Oakleigh Chargers to determine the two, 2018 Grand Finalists.

In the first of two preliminary finals, we take a look at the minor premiers, Dandenong Stingrays, taking on the fourth placed Sandringham Dragons. Last weekend, the Stingrays were on another level compared to the Greater Western Victoria (GWV) Rebels, thumping them by 110 points, while the Dragons proved too good for the Murray Bushrangers in a 43-point win.

In the final round of the TAC Cup season, Dandenong Stingrays ensured the Dragons had a nervous wait across the weekend, with a top four spot on the line. Sandringham luckily witnessed Northern Knights upsetting Murray Bushrangers to earn a weekend off. On the day, Sam Sturt and Finlay Bayne both booted three goals, while Matthew Cottrell claimed best on ground for the Stingrays. For the Dragons, Angus Hanrahan was the only multiple goal kicker with two majors, while James Rendell and Liam Stocker were impressive – Stocker picking up the three votes in the match despite the 47-point loss.

THE KEY – INSIDE MIDFIELD

The big key in the game is which side can win the ball at the coal face and get the ball down to their key forwards and crumbers. Both sides have good firepower inside 50, and the clearances will be an area to watch with the teams having strong contested ball winners. Looking at the starting midfields, there is not much to split them with clearances and contested possessions practically even. Dandenong’s starting three midfielders lay more tackles, with Toby Bedford also spending time up forward and adding pressure up there.

WHY THE TEAMS WILL WIN?

Dandenong: The best team all year, depth that is envious of any other side and equal to that of fellow challenger, Oakleigh. They seem to have winners across all thirds of the ground and just made the Rebels look silly last week. A last round win against the Dragons will have the Stingrays’ confidence high to repeat the effort again. The Stingrays love a scrap and will be keen to beat the Dragons at the contest and use their bigger bodies to extract the ball and pump it long.

Sandringham: Any side with Ben King inside 50 is a threat, and the Stingrays will not only look to nullify him, but just cut off the delivery to him, full stop. But if the Dragons midfielders can get on top on the inside, then the Stingrays defence could be under siege. They also possess the ball really well and will look to play the ball on their terms with slick, short ball use.

Gippsland Power managed to get over the highly dangerous Geelong Falcons with a 35-point victory at Ikon Park. They took four quarters to do it – leading by just eight points at the final break before a five-goal final term saw the second placed Power storm away with the game. The Chargers had a much easier game against Western Jets, shaking off an early challenge by the Jets to post a massive 120-point victory to earn a place in the preliminary final.

Not much can be read into it given Oakleigh was missing the majority of its best 22, but Gippsland got the job done in a thriller at Warrawee Park with a Noah Gown goal in the dying seconds sealing a great comeback win. Noah Answerth bombed through a goal on the siren, but not release the ball until a second too late. The result left Oakleigh’s top four hopes in the lurch, but an impressive win over Sandringham Dragons and a 15-goal rout of the GWV Rebels put any threat of missing the week off to bed pretty soon. Daniel Scala booted four goals for the Chargers, while Trent Bianco and Sam Harte were named Oakleigh’s best in the loss. For Gippsland, Gown, Harrison Pepper and Sam Flanders all booted two goals, while Gown and Boadie Motton were named in the Power’s best.

Both Gippsland and Oakleigh head into the clash as sides that have dynamic forward lines. Gippsland has more structure to it, with two traditional talls in Gown and Josh Smith, while Oakleigh relies on a number of medium-talls and smalls rather than a key position monster. Last week, Dylan Williams booted six goals, while Atu Bosenavulagi, Jake Gasper, Charlie Whitehead and Jay Robertson all contributed multiple goals, while Gippsland had 10 individual goal kickers, with their club leading scorer Gown, contributing just the one.

As you will see from the below total, the top six goal kickers playing in the match provide plenty of options for midfielders to kick to, with some of the forwards spending time through the middle. Oakleigh’s six will largely form the six-man forward line against the Power, while Gippsland’s will see a number of their players begin in the midfield and rest forward.

WHY THE TEAMS WILL WIN?

Gippsland: The Power play an exciting brand of football that blends both speed and pressure which is really eye-catching, and will look to match Oakleigh at its own game of doing the same. The Power must simply bring the heat to the contest, because letting Oakleigh have too much time and space results in undesirable results for the team doing so.

Oakleigh: You cannot read into the season of the Chargers despite still finishing third. They are right up there with Dandenong in terms of premiership favourites and have stamped their authority with 90 and 120-point wins in their past two outings. They have ridiculous amounts of midfield depth and big bodies to control the inside while using their runners on the outside.