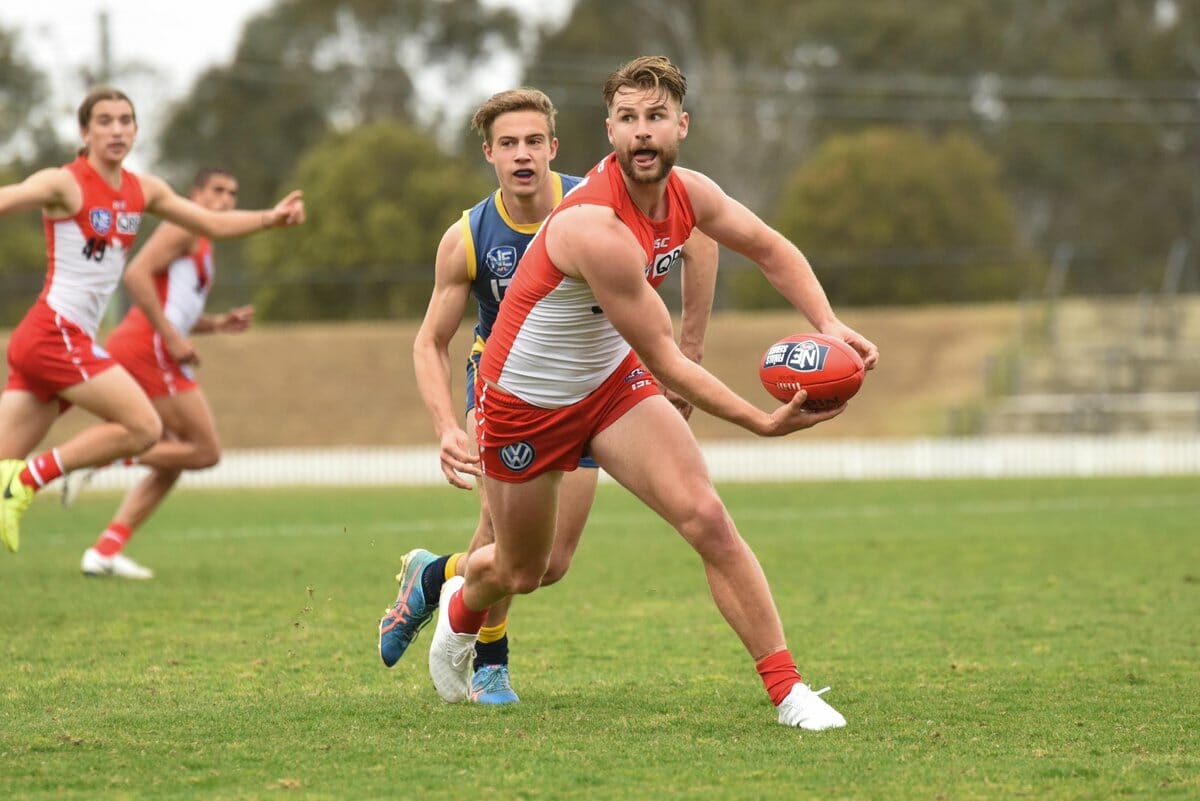 The NEAFLs big dance is on this Sunday afternoon from 1pm at Fankhauser Reserve, Southport who host the Sydney Swans. The Grand Final will be streamed live on NEAFL TV.

Southport’s 11.15 (81) to 6.8 (44) victory over Aspley in a wet preliminary final means the Sharks have gone from finishing ninth last year to hosting the club’s first NEAFL Grand Final in one season. The Sharks’ success is in no small part due to the appointment of Stephen Daniel as new head coach this season. Daniel also is the NEAFL Coach of the year for 2018, taking Southport to the minor premiership.

Sydney just missed the minor premiership on percentage but look set to take part in what promises to be a fantastic first against second grand final clash. The 18.10 (118) to 8.14 (62) preliminary final win over the Canberra Demons, sees the Swans reach their third Grand Final in as many years and keeps their hopes for an inaugural NEAFL flag alive.

QAFL- Now There are Three:

It has reached the preliminary final stage across the seniors and reserves of the QAFL. The reserve grade certainly has a Gold Coast feel to it, with Labrador and Palm Beach playing this weekend to decide who will make the grand final against local rivals Broadbeach.

Minor premiers Broadbeach may prefer to face Palm Beach after they escaped with a two-point win over Labrador in week two of the finals. Labrador also managed to defeat second-placed Mt Gravatt in week one of the finals, and like Palm Beach, have had to go the hard way, playing every week of the finals.

Kick-off for the QAFL Reserves Preliminary Final is 11:30am this Saturday from Subaru Oval, Broadbeach.

This is followed by the Seniors preliminary final between hosts Broadbeach and Morningside.  Palm Beach have been the top side all year and await the winner. Morningside won a nine-point nail-biter against Surfers Paradise last weekend. However, in week one the Panthers were beaten 123-76 by Broadbeach at the same venue to be played this Saturday afternoon.

During the home and away season, Broadbeach and Morningside split a win apiece, perhaps making this one harder to predict. Regardless the winner will have the toughest task facing Palm Beach in the grand final next week.

Kick-off for the QAFL Seniors Preliminary Final is 2pm this Saturday from Subaru Oval, Broadbeach.

Across the state, registrations for AFL9s are underway and include Mixed, Mens and Youth competitions across over 20 venues from Townsville to the Northern Rivers along the border. For more information head to the AFL9s Queensland Facebook page.