From being the only girl to one of thousands: Smith enjoys rapid rise of female football 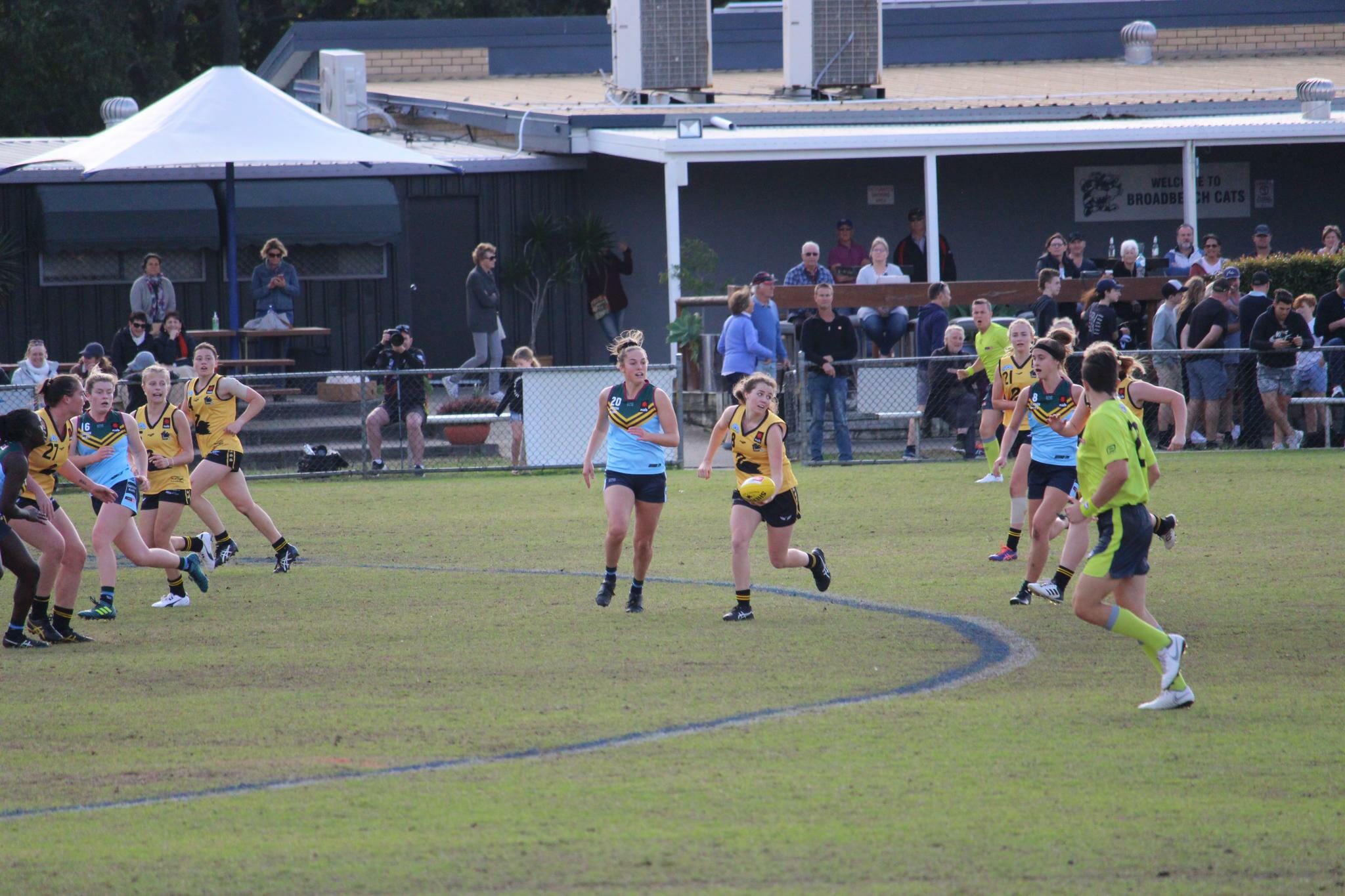 WHEN Ella Smith began playing football, she was playing in a three-team competition.

Prior to this, she was the only girl kicking the footy around with the boys in a small town in Western Australia (WA). It is safe to say that Smith did not predict being on the verge of an opportunity to play AFL Women’s as an 18 year-old.

“It’s so crazy how fast it’s happened,” Smith said about the development of the AFL Women’s competition. “We literally had three teams in my comp (competition). “I didn’t think by this time, we would have AFL Women’s, like I think it’s something to motivate us, something to look forward to at the next level.”

Before the AFL Women’s came about, Smith did athletics for a long period of time, but wanted a change. The change spurred her love for football and since then, she has grown in leaps and bounds in the sport.

“I did athletics since I was like 11 then just kind of progressed and it was just athletics and basketball,” Smith said. “But I kind of got a bit tired of it so I went over to play footy. “I don’t know, it just kind of got repetitive. “I just wanted to do something different so I found footy.”

When she found footy, she headed straight off to her local Youth Girls competition and progressed from there into representing her state at the AFL Women’s Under 18 Championships. Smith said her father and older brothers have had a big influence on her decision to take up the sport competitively.

“Growing up with older brothers and my dad had a big influence so I kind of just got into it when I first started high school,” she said. “I just started out at Youth Girls down at a small town in WA away from Perth. “So I played at Souths (South Bunbury) there for probably three years doing juniors and then moved up to Perth and started playing for a WAFL (Western Australian Football League) club called South Fremantle. “Now I’m playing league down in Bunbury for Souths (South Bunbury) again. “This is my second year of 18s as well.”

When Smith first got selected to play for Western Australia, she was overcome with many different feelings. Once the tournament was over, she realised it was one of the most memorable experiences in her life.

“Last year was probably the best thing I’ve done in my whole life,” Smith said. “I can say for all the girls, we all worked so hard and then to finally find out that you’re going to Queensland, it was crazy. “I can’t even explain it really, it was just a wave of all emotions.”

Smith continues to work hard outside of the Championships, using football to relieve the stress of Year 12 studies.

“I get up early and go to the gym some days and then go straight to school, come home and study, and then go training or go gym or go to work,” she said. “I’ve got no time, no social life but social life is my footy. “In a way, it’s kind of good, it keeps you really focused. “I think with school being so hard, footy’s my outlet. “I think it’s healthy for anyone with any sport, it’s a healthy thing to do outlet-wise. “Even though it’s really busy, I think it’s really good for me that I am busy.”

Smith hopes to develop both in her studies and her football as she gets older. Once she finishes high school, she would like to study early childhood teaching. In terms of football, she just wants to keep learning in order to make her name known within elite footy circles.

“I’m 18, but just because I’m still developing a lot and I think playing with a bunch of girls that are all just really really good, I think it brings me up as well,” the West Australian said. “I’m learning so much still. “I’m in my second year and I’ve learnt so much more than I had last year, being a first-timer. “Learning how elite programs work, it’s kind of a little taste of AFLW, like something to look forward to. “It keeps you motivated by just learning heaps and continuing to develop. “You can’t not get better if that makes sense, you’ve just got so much to still develop.”

For now, Smith will continue playing for South Bunbury in the South West Football League, where she has kicked 10 goals from nine games. Her side plays in the semi-final this weekend against Bunbury.