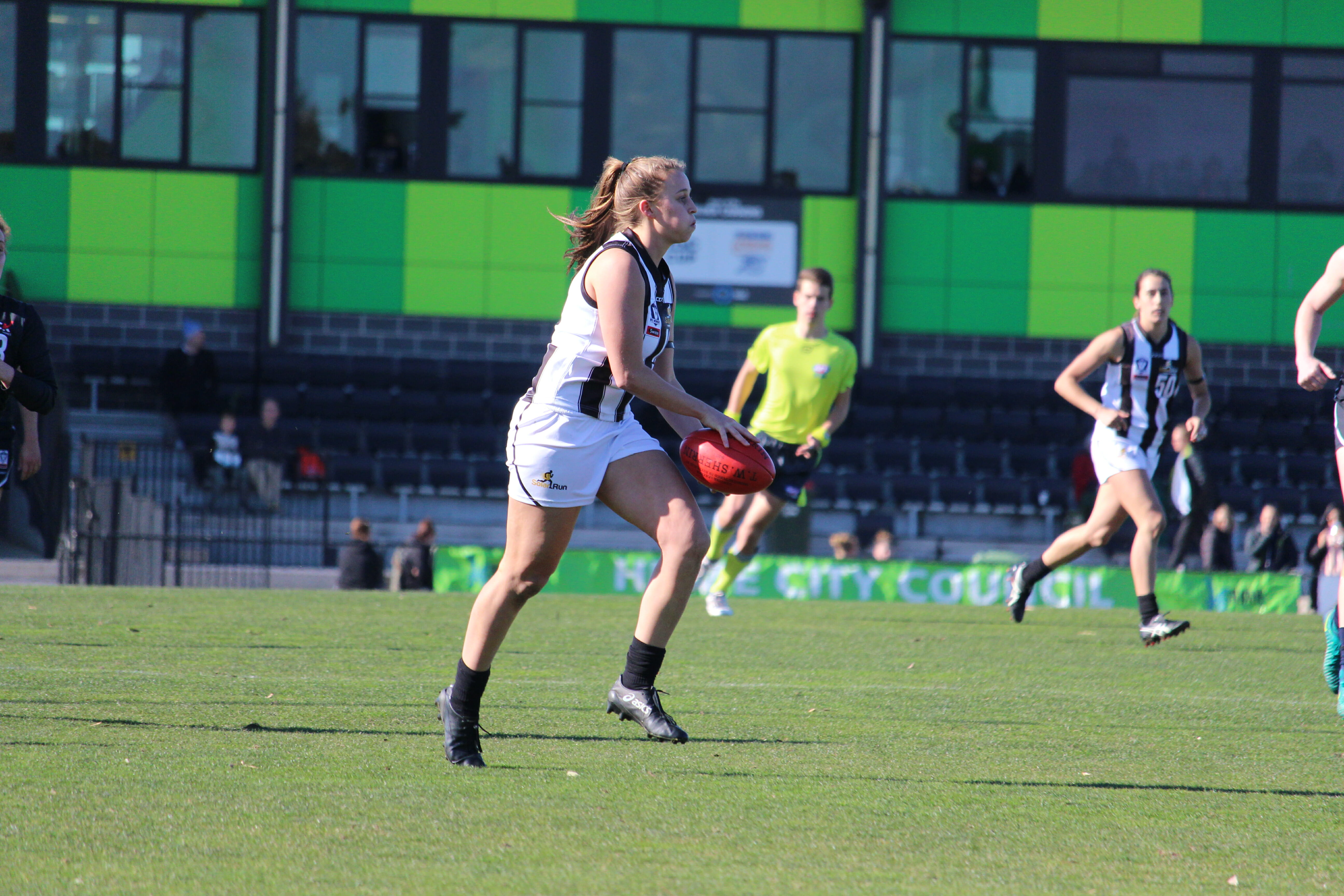 WITH the 2018 Victorian Football League (VFL) Women’s regular season now over, the finals have been set with Collingwood, Hawthorn, NT and Geelong placing in the top four. Now we look ahead to see who is most likely to claim the premiership this season.

As the minor premiership winners, Collingwood’s season has been most consistent, losing only once in Round 14 to NT and drawing with Geelong all the way back in Round 2. The Magpies’ performance as a team has earned them top position for majority of the season, with their strong midfield and defence proving to be too much for most teams. Sophie Alexander and Jaimee Lambert proved to really step up for the club throughout the season and surely will make a difference in the finals series.

In second position, Hawthorn has had an interesting debut season. The Hawks lost two games this season, one in Round 5 against Collingwood and the other in Round 13 against Darebin. Both games were close margins, showing their ability to fight until the end. The Hawks’ experienced backline and star forwards have allowed them to defend off teams and climb their way up the ladder. Hawthorn’s Rebecca Beeson and Sarah Perkins have been making their marks on the new club, leading their victories.

In the first semi-final, Collingwood plays Hawthorn. Earlier this season in Round 5, these two teams played off with Collingwood winning 4.4 (28) to 3.3 (21). The semi is sure to be tight though, with both teams coming more into form as the season has continued. Despite Hawthorn’s strong style of play and improvement from Round 5, the Magpies’ consistency will take them further and most likely with a premiership.

NT placed third overall, which is a surprise because throughout the season, the Thunder was consistently second. NT has only lost three of its games this season and proved to be a major competitor in the league. Despite being the only interstate side, NT’s ability to flow as a team game them the upper hand in majority of games. This was highlighted in its match against the undefeated Collingwood, allowing NT to make a mid-game comeback and lead to the Pies’ only defeat.

Geelong’s finals clench came after Carlton’s surprise win over Darebin, but the Cats’ hard work has paid off. Other than having lost to Hawthorn, 3.7 (25) to 6.5 (41), Geelong had won five straight games and been building up to its finals campaign. Geelong’s mix of young talent and AFLW stars have allowed for a dynamic play, with players like Mia-Rae Clifford and Kate Darby having fantastic seasons for their club.

Earlier in Round 9, Geelong suffered a devastating defeat to NT, losing 2.8 (20) to 13.7 (85). Geelong has improved from then but so has NT, only losing one game since that round. Geelong is undoubtedly an excellent team but NT has continuously been better, therefore they are at a greater advantage. If NT makes it to the final, they have the highest chance of beating Collingwood (as they are the only team to do it) but would struggle against Hawks, due to losing to them earlier in the season.