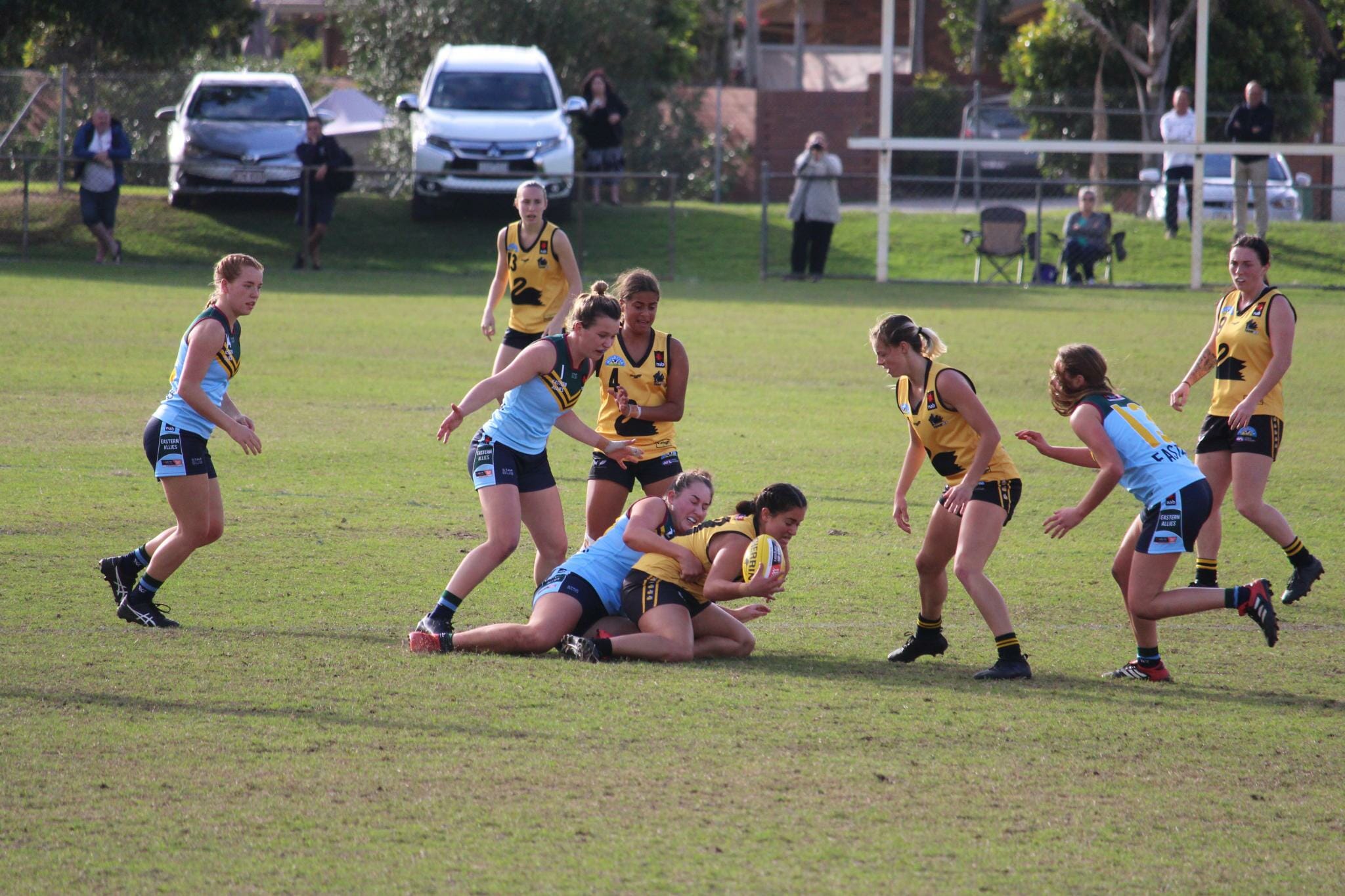 FORMER netballer, Jacinta Valentini left Australian Rules football because there was no future at the elite level. Fast forward to 2017, and with the AFL Women’s inaugural season up and running, Valentini found the inspiration to return to the sport. Just over 12 months later, she ran out on Metricon Stadium, representing Western Australia (WA) at the National AFL Women’s Under 18 Championships.

Valentini said she enjoyed being around friends, having a laugh and a run around together on the weekends.

“I always thought I was better at football than netball even though I did a lot of state netball,” she said. “Coaches were always wanting me to go and do footy, so I had to change my mind and finally go and do it.”

Valentini is a dedicated worker, spending an hour a day on her own fitness routine as well as her football commitments with West Perth and the state side (prior to the championships).

“I have three times a week doing footy with my (West Perth) Falcons and then two with state,” Valentini said. “So it’s a lot of footy each week, (but) I love it. “It’s (making the state side is) a good opportunity for me to go higher with my footy, because I’ve never been so high. “Seeing that bright light at the end, I’m just working so hard to just try and get to there and finally I will get there one day, I’ve just got to put in the hard efforts.”

Valentini said she is lucky to not live too far from her training, making it easier for her than most others. But without her biggest inspiration, her football career might never have taken off.

“My mum (is my biggest inspiration),” she said. “Being a single mum it’s always been hard. “There’s a lot of us kids. “Her bringing me to games is the one that’s made me stick into my footy and crack down on it.”

Despite the limited travel compared to others, Valentini said she would not be lost to football if she did move to the country, or in fact already live there.

“I think that both have an opportunity,” she said. “You can play country footy, you can play footy wherever you live. “It’s not a big difference from where I live. “I’m always going to play footy even if I live in the country.”

Valentini said she was determined to improve her endurance and become a more rounded player in the future.

“My biggest strength is my fast hands off the ground, off the deck, and I’m just working on the moment on my fitness and running both ways,” she said. “I’m getting there, I’m doing my hours a week, but we’ll get there.”

The West Australian representative said the experience at the national carnival was a huge boost for her development.

“My club it’s not really low level, but it is a massive step up from what I’m playing at,” Valentini said. “I’ve only just moved into League, I was playing Rogers (Cup) for a couple of years, and moving interstate has brought me so far up – a lot.”

The aspiring sports teacher has been working at TAFE trying everything she can to develop herself and prepare for the future. But now with the AFL Women’s booming, Valentini has narrowed her focus on the field and is determined to go as far as she possibly can.

“I want to be an AFL footballer so forever I was thinking it wasn’t going to be thing,” Valentini. “Ever since it came out last year, I’ve just put my head to it and I’m just going to keep working hard for it. “It’s hard being only in my second year coming into state, so it’s a big jump but I’m always going to work for that AFL Draft.”