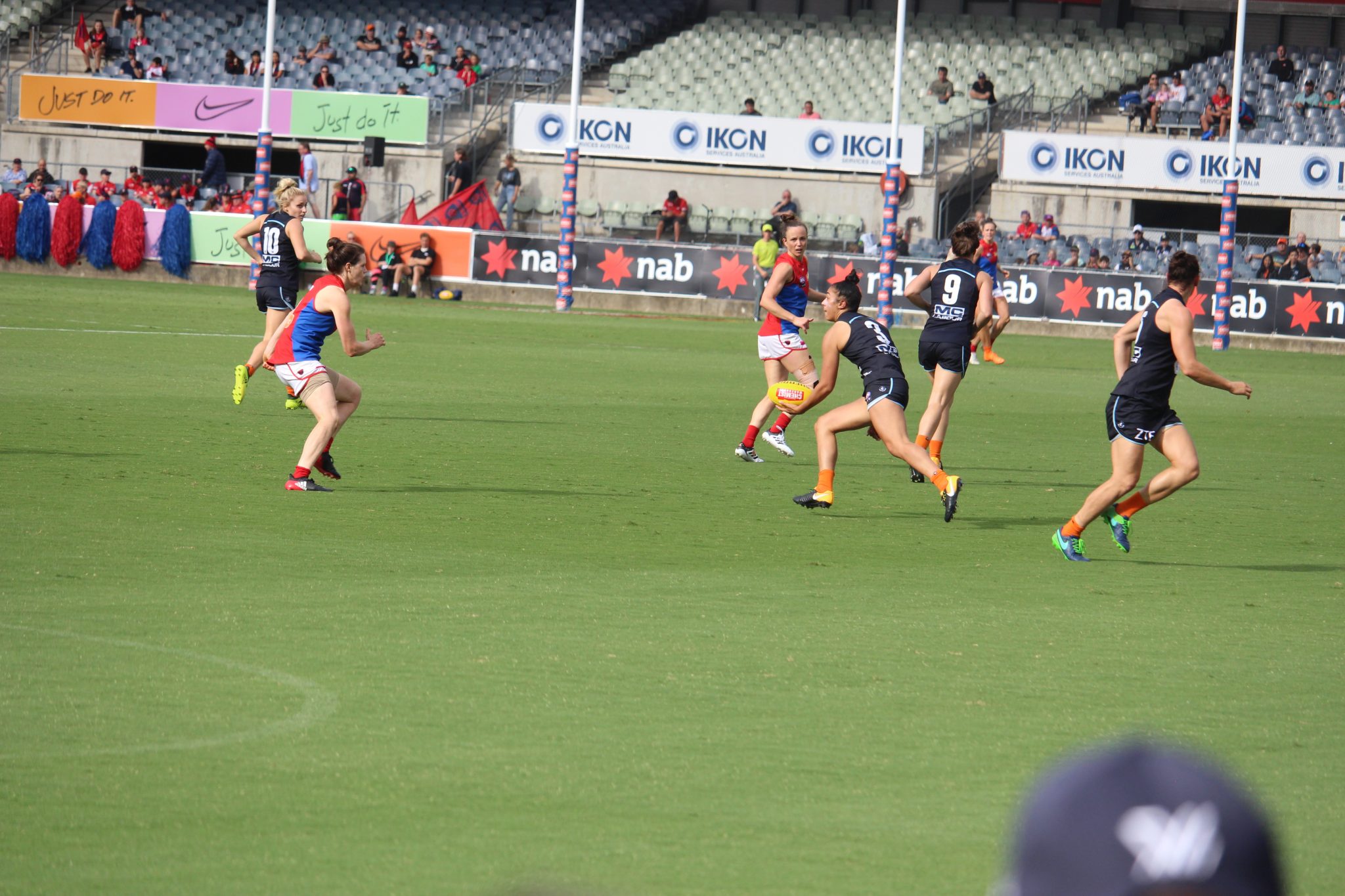 WITH finals spots sealed across all levels of footy, young stars stood out and one team spoiled another’s top-four aspirations. Meanwhile, an old dark navy blue favourite had a day out in what is always an exciting week of football – the one before September.

Walsh pushes for the #1 spot

Geelong Falcons’ Sam Walsh rarely has a bad game, and regular players rarely have a game like Sam Walsh did on the weekend. In one of the performances of the season, Walsh was everywhere in collecting 37 disposals, 10 marks, eight inside-50s, six rebounds and five clearances in Geelong’s 15 point win over Calder. The midfield gun also put three behinds on the scoreboard, while assisting another three times – adding to what was an already stunning all-round performance. With Wildcard Round and the Morrish Medal coming up this weekend, it could be a huge couple of weeks for Walsh, and reward for what has been a fantastic season for the number one pick contender.

Northern were set to face Greater Western Victoria in Wildcard Round no matter the result, but that didn’t stop them from completing a huge win against more fancied Murray side away from home. With skipper Braedyn Gillard back in the fold, the Knights have fielded arguably their strongest sides over the last two weeks, and it showed as they came from being behind for the entire game to pip the Bushies in the final term. Flying wingman Justin McInerney was named their best with his 24 disposals, 12 marks and goal, while Adam Carafa was again instrumental through the midfield with 24 touches of his own alongside Josh D’Intinosante (18 disposals, five marks, one goal). Murray now face Bendigo after their fifth-place finish, while Northern face the Rebels on Saturday.

Vescio has a day out

Carlton fan-favourite Darcy Vescio absolutely beat up on bottom-placed Essendon to narrowly miss out on what would have been a famed bag of ten goals. The forward maestro both flew high and dominated at ground level to boot the first four goals of the game, while adding the only four majors of the second term. Despite also kicking the opening goal after the main break, Vescio couldn’t quite add a tenth in the second half, contributing 9.2 to her side’s 14.8 in an astonishing effort. Her 18 disposals, seven marks and two tackles rounded out the show, with Carlton finishing the VFLW season in seventh after winning four of their last six games.

With fans frantically going through all the possibilities and calculations, the AFL’s top eight has finally been sealed after what has been one of the most open seasons in recent memory. The only certainty coming into the round was Richmond’s top spot, with West Coast earning second comfortably, while Collingwood and Hawthorn rounded out the top four – separated by just 0.3 per cent. Melbourne are in top form and clinched fifth, pitting them against Geelong, who could breathe a sigh of relief after Port’s loss sealed their spot in the eight. Sydney and GWS are set to clash for the second time in three weeks, with the Giants hoping to reverse the previous result.

Every year, fans make it known how ‘stiff’ their club’s star players are to miss out on being named in the All-Australian squad, and while there were a few surprise inclusions and omissions, the core of the final 22 will be hard to knock. Locks for the side include ruck stars Brodie Grundy and Max Gawn, with the likes of Tom Mitchell, Patrick Cripps and Clayton Oliver set to make up the midfield. Coleman Medallist Jack Riewoldt is set to be named, with Ben Brown not far behind in the goal-kicking stakes. Down back, Alex Rance seems a mainstay, while West Coast interceptors Jeremy McGovern and Shannon Hurn look likely to feature. All will be revealed tonight, in what is a great night in honouring the fantastic years that these players have produced.