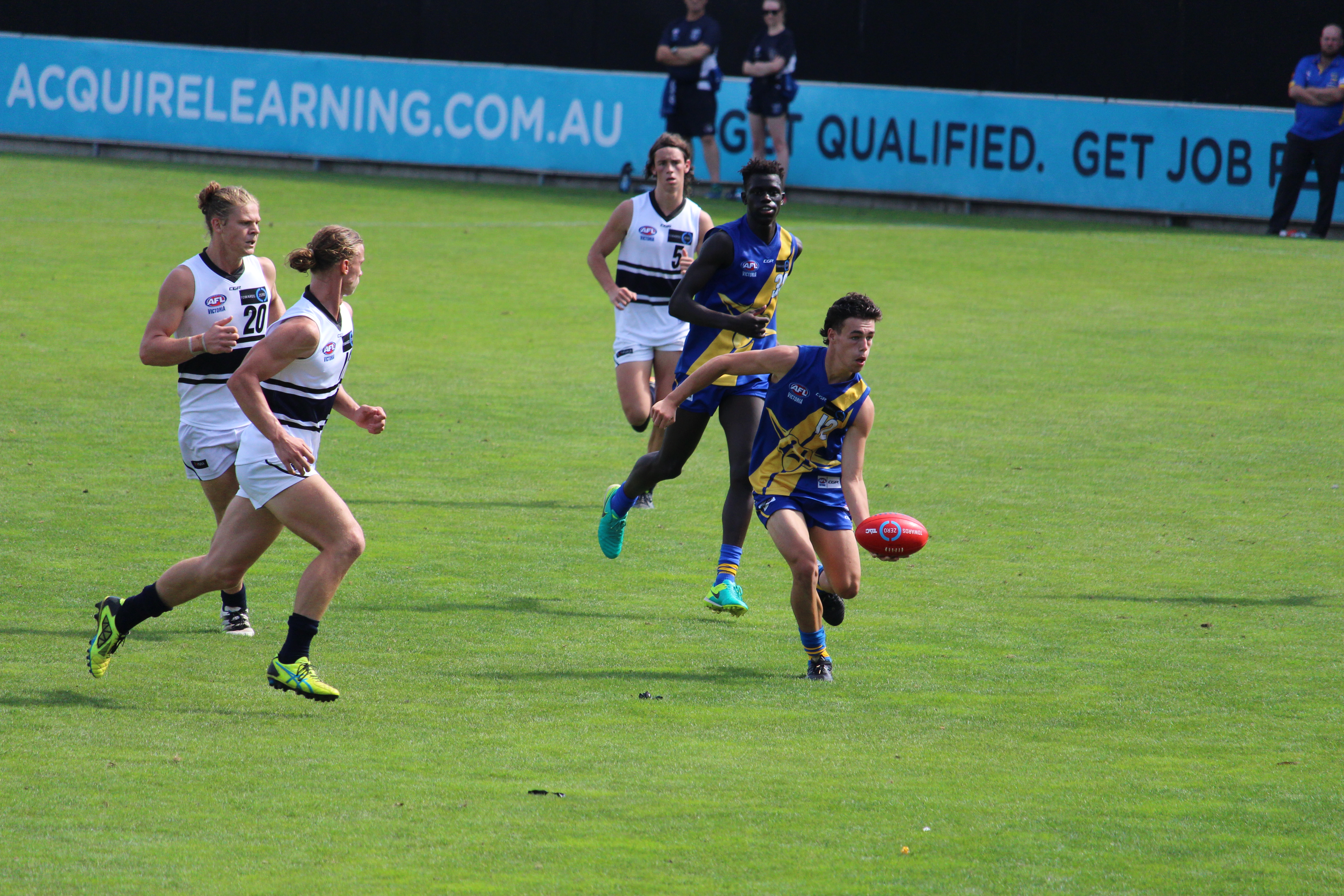 HE has been consistent all season and in the final round, Western Jets’ Connor Thar has taken out the AFL Draft Central TAC Cup Player of the Week for Round 16. The consistent midfielder was named best on ground in the Jets’ win against the Bendigo Pioneers at Queen Elizabeth Oval, amassing 32 disposals (at 66 per cent efficiency), taking five marks, producing three clearances, laying three tackles, having five inside 50s, two rebounds, and finishing off with two goals, one behind.

He won the Facebook poll with 53 per cent of the vote against Geelong Falcons’ Sam Walsh to become the first Western Jets player nominated for the year. After falling behind early in the vote, Thar staged a remarkable comeback in one of the closest Facebook polls to date, earning 750 votes ahead of Walsh’s 675 to take home the nomination.

Round One: Bailey Smith (Sandringham Dragons)