Bate kicking goals at all levels 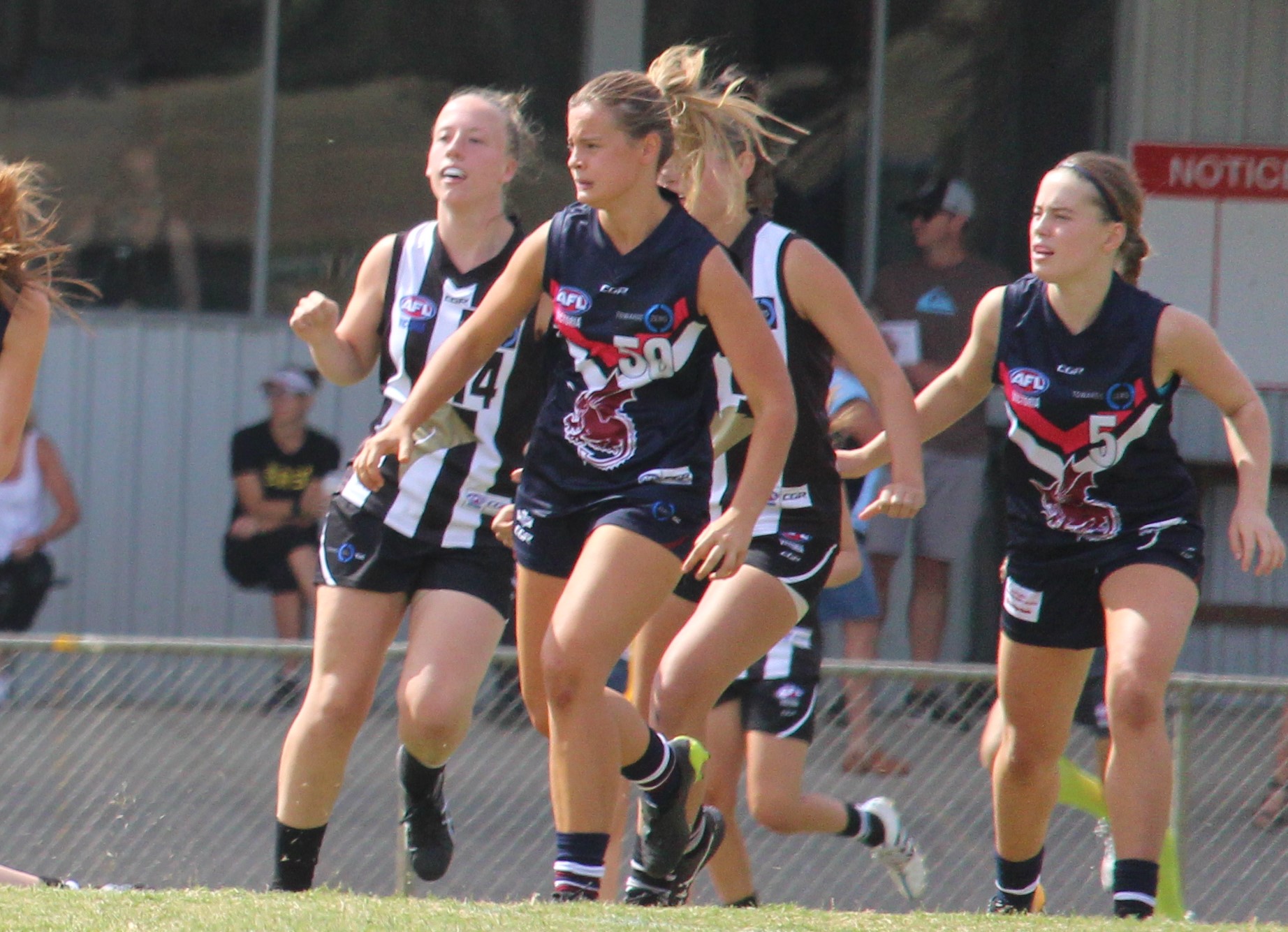 HOLLY Bate has never really listened to popular opinion. If she had, she might never have joined Prahran and kick-started a football career that would see her take out the TAC Cup Girls Leading Goalkicker Award in her top-age year. Looking back, Bate is glad she took the chance on running around with the boys.

“Well I have a twin brother and it was about Under 9s and he played his first game of footy at Prahran junior footy club,” Bate said. “I went to watch and I was like ‘that’s so cool, like ‘I really want to play’, but I was the only girl and would be the only girl on the team so I was like ‘I can’t really play’. “I didn’t really think much of it, but everyone else was like ‘it’s a bit weird’ and so I was like ‘nup I want to play’ so I just joined up and was playing with the boys and I got along really well with the boys so it was an easy transition to start playing.”

The Sandringham Dragons forward burst onto the scene in 2018 when she booted 12 goals in two games against Western Jets and Bendigo Pioneers and snatched the leading goalkicker award.

“I didn’t really think much of it,” Bate said. “It kinda just happened, I didn’t really set out to try and win the goal kicking. “I think those few games we played at Trevor Barker were pretty handy. “I didn’t really celebrate it, I must say.”

Bate believed it took until later in the season for her to rise up above the level she had admittedly been at for some time, but is glad she did, enjoying her football on the way to representing Vic Metro at the AFL Women’s Under 18 Championships.

“I found that I came into it at a level I’d been at for a while now at the end of the last season,” Bate said. “I felt I had stepped up a bit, had improved. “I learned how to play forward at a more complex level. “It was quite enjoyable.”

Speaking of the championships, Bate was thrilled to run out representing her state alongside so many other talented players.

“It’s pretty full on,” she said. “I’ve never properly done this before. “It’s more elite than anything I’ve done, but it’s really good. I love it.”

Like so many others, Bate has noticed a definite standard increase amongst the competition describing the TAC Cup Girls as having “improved out of sight”. Now the Sandringham Dragons teenager hopes to keep playing at the highest possible level, following a newly found dream of playing AFL Women’s.

“(It’s) not always (been my dream to be drafted), because I never thought women’s footy would be a thing in my career,” Bate said. “Now it’s got going, I’m definitely playing now.”

Undecided about what she wants to do in her career just yet, she hopes to go to university once her Year 12 studies are over, something she has learnt to balance.

“Doing Year 12 it’s pretty busy at the moment, it’s very full on, but I’ve found ways to balance it all out,” she said.

Aside from the AFL Women’s Under 18 Championships, Bate has also tasted senior football with the Southern Saints in the Victorian Football League (VFL) Women’s competition, kicking a goal on debut and continuing her passion of playing as high as possible in the football pathway.