Two years of footy enough for Rachelle Martin to blossom 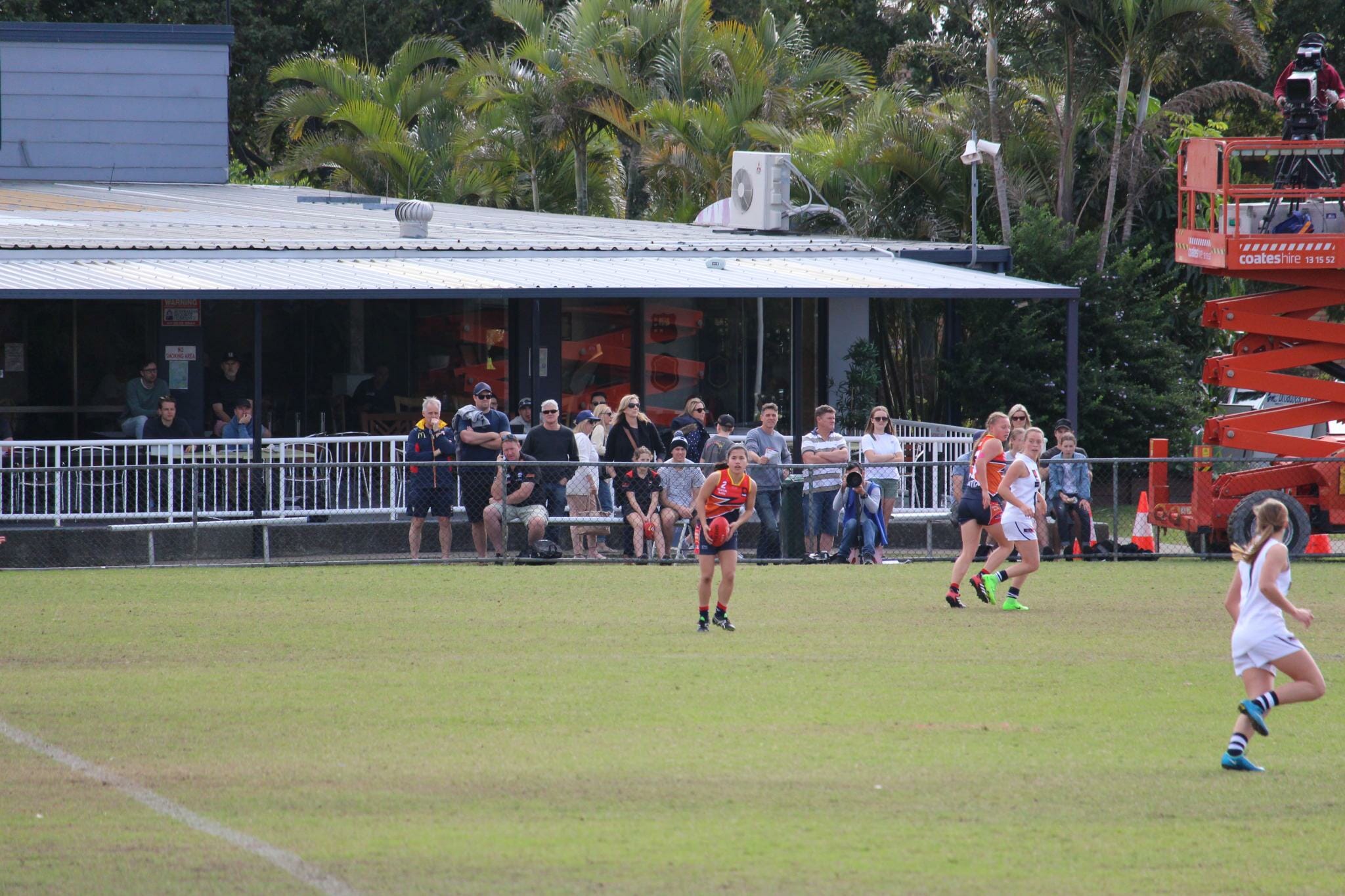 HAILING from the Yorke Peninsula, which is about two hours from Adelaide, Rachelle Martin moved to the City of Churches for university.

Little did she know, she would start playing Australian Rules and begin what has been a successful career so far. Despite being a 19 year-old, Martin was selected to represent the Central Allies in the AFL Women’s Under 18 Championships. She said she really enjoyed the camaraderie in the side and felt honoured to be selected to represent her state for the first time.

“I didn’t think I would make state because it’s Under 18s and I’m 19 so to be selected, it was a good feeling,” Martin said. “We didn’t spend much time together before the games but especially that second game, I think we tidied a lot of stuff up and we were supporting each other way more so it was really fun even though we lost, it was good to be around the girls.”

The Central Allies combined the best Under 18 South Australian and Northern Territory (NT) talent, and Martin admits that while it was interesting to play with the NT girls, she was able to bond with them straight away.

“A few of the SA girls did NT before so they did the Allies before,” the 19 year-old said. “You could see there was that bond there and it was easier to make friends because you had those connections. “It was interesting but it was good getting to know the girls. “I’ve heard those names before and now getting to see them play was really cool and knowing the academy players.”

In terms of her personal game, Martin believes she improved as the tournament went on, and noted the strengths and weaknesses of her playing style.

“My first game wasn’t the best I thought, but the second game, I thought I did better so it was alright,” she said. “I think my inside game’s not too bad. “I think I need to work on my fitness. “It probably lets me down a bit but it’s something to work on.”

This is not a bad weakness considering Martin did not play competitive football during her childhood.

“I never did footy when I was younger so I did tennis and soccer,” she said. “I (also) did calisthenics, netball, basketball; yeah I did a fair few sports.”

Despite not playing any competitive football, Martin and her sister had to entertain her brother, who was the only boy in the family.

“My brother played footy when he was younger and he’s the only boy so me and my sister were always forced to kick the footy with him whenever he wanted,” she said.

She also tasted Australian Rules at school, but could not play in the Yorke Peninsula at the time.

“We did a few nine-a-side games at school and from there, I just wanted to play footy, so I had to wait until I moved to Adelaide,” Martin said.

During her time at West Adelaide, the 19 year-old played 10 games and was named in the best in each game. Her side finished fourth on the ladder. In her time at Fitzroy in the SAWFL, Martin played seven games, was named in the best twice and kicked six goals. She admits during this time, she found it hard to balance her studies with her football, but she managed it as best she could.

“I’m doing accounting (at university),” Martin said. “It was pretty difficult with SANFL and state as well. “Having more football, it was hard to balance that but I got through it.”

Now that she has experienced representing her state and playing in two elite state leagues, Martin admits she is thinking about her AFLW prospects.

“I wouldn’t mind AFLW,” she said. “I’m not sure if I get picked up this year. “I think in the future it would be a good opportunity. “I would strive for it.”