Boles dared to dream, then followed her passion 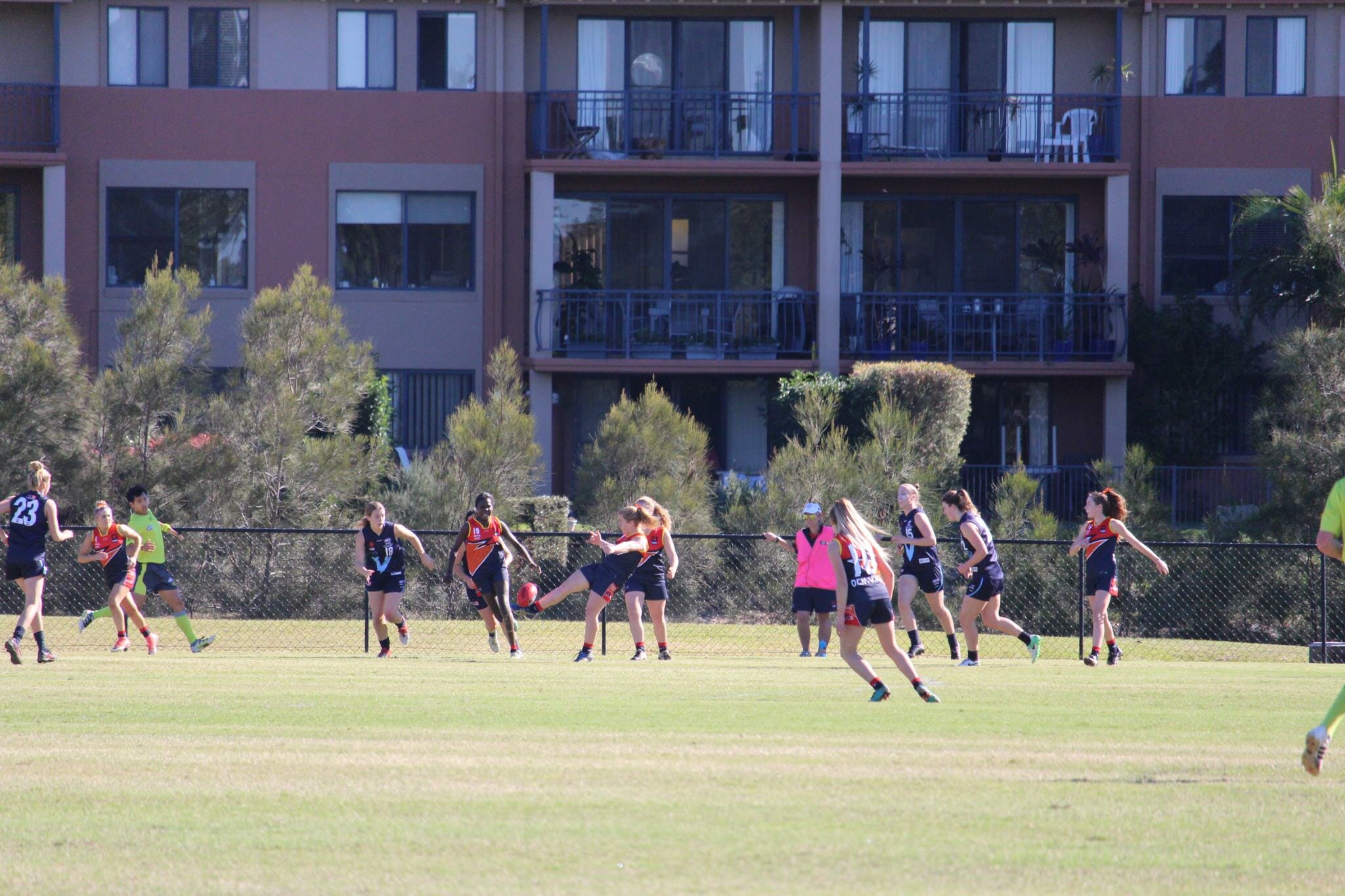 IT began as a dare from her uncle, but it did not take long for Esther Boles to fall in love with football.

At first, it was the ability to “pummel” others into the ground, but then the AFL Women’s took shape and so many footballers she had grown up watching and playing alongside in South Australia were suddenly on television. For the South Australian captain, the AFL Women’s Under 18s Championships were a long way from her home town, but a realisation that all the hard work had paid off.

“I’m originally from Port Augusta, so country town about 500km from Adelaide,” Boles said. “My uncle just actually dared me to go to a training once and then went to one training and then the coach actually asked me to come back, and ever since then I’ve been playing, so I was 12 with the boys. “I originally played a bit of netball as most country girls do. “But I always found I was being told I was being too aggressive where this (football) was something you could pummel people into the ground, that was the aim of the game.”

Boles has carried that intensity at the ball carrier throughout her career, and thrives on the contested work. While she said she hoped to improve her decision making, she was glad how her skills had come along, thanks to those early experiences.

The South Australian leader said the rise of women’s football through the AFL Women’s had effectively placed a carrot in front of all aspiring footballers and everyone was now doing everything in their power to achieve the dream of playing at the elite level.

“I think that it’s just so exciting,” Boles said. “I think playing for Morphettville Park back in Adelaide where 14 of those girls are now on TV and are now on little cards, and little kids know their name. “They just went from people who were just nobodies to people who are now somebodies. “It happened so quickly and it’s so exciting. “It drives all of us girls, it’s right in front of us and we know that it can happen with a bit of hard work.”

Committing to football was never easy work for Boles, who in her early years, took a 17-hour return bus trip just to play the game she loved. Now boarding in Adelaide – and she has since she was 15 – it is much easier to commit to training and games without the long distances. Boles said the belief that young girls could play AFL if they had the right mindset was huge for the junior players in South Australia.

“I think it just shows that it’s real,” Boles said. “I think that’s the biggest thing. “It’s proof right in front of our eyes, it’s right there ready to grab it, you’ve just got to put the hard yards in.”

Boles has certainly put the hard yards in, and the South Australian selectors agreed. They named her as captain for the AFL Women’s Under 18 Championships, something she found a little strange at first, but has thrived on the responsibility.

“I’ve really liked it (captaincy),” Boles said. “I think it’s been a pretty big journey. “I’ve been in this team since I was 14, so I’ve gone from being the little kid that everyone yelled at, to being all of a sudden the kid that was yelling at them. “It was really good. “The SANFL has really helped with growing up and it’s been a pretty good ride to be on.”

South Australia teamed up with Northern Territory to form the Central Allies for series two of the championships, something that added an extra dimension into the mix for Boles and her teammates.

“I think it’s been actually really hard, a lot harder than I thought,” Boles admitted. “I think when we got here it was a little bit exciting. “Hitting the ground running on Monday, we all got caught by surprise. “Those other teams have all been training together, they’ve got game plans. “We had nothing. “We just had a structure we’d learnt two hours before, we were chucked in the deep end. “But it meant players were able to shine and be able to show character, who could stand up in that sort of circumstance.”

Boles’ passion for football is obvious. So much so, she wants to remain involved in any way she can, studying hard to ensure she has options once she finishes school.

“(I’m) pretty big into school,” she said. “I hit the books pretty hard because obviously female football isn’t something you can rest on. “It’s not enough money, so I think a big thing for me is just sport in general. “I love anything sport, anything to do with sport, umpiring. “Anything, just the club, everything about it.”

One thing is for sure, as long as football is around, Esther Boles will not be too far away.

“I’ve thought a lot about that (career) this carnival,” Boles said. “Whether the draft comes off successful or not, but a big thing for me is I don’t care if I’m picked up or not picked up, I want to be involved in some way and become a coach, a line coach, a mentor, something. “I think it’s an exciting space to work in.”