Keeping Tabs: Standout players from Round 22 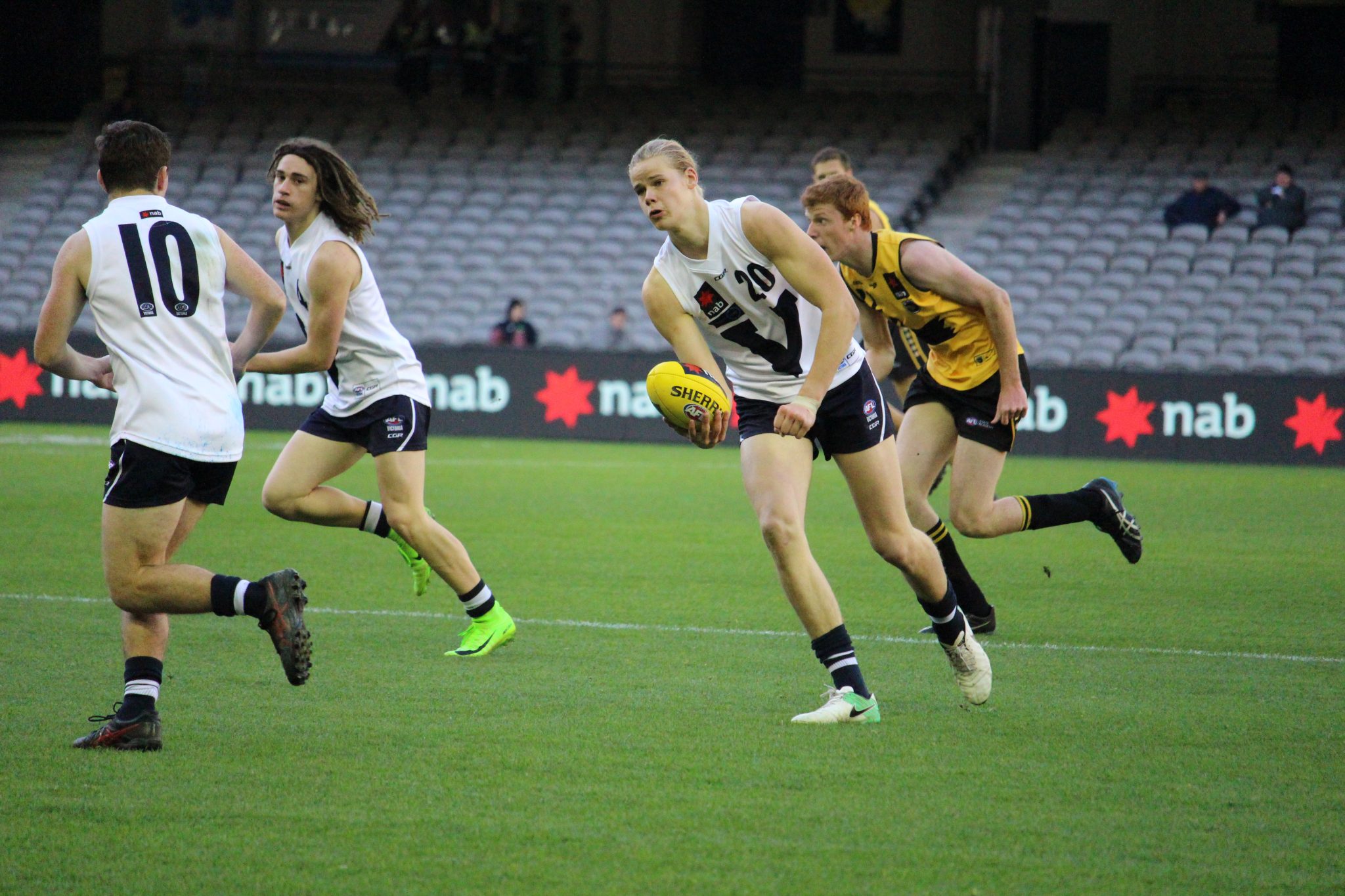 ANOTHER impressive debutant joined the list of first year players who adapted to the level, while a mature-aged star just continues to exceed expectations.

Every week this guy turns up and proceeds to tear it up. Can you honestly believe it is his first year in the AFL system? In the Cats demolition of a hapless Fremantle outfit, Kelly’s stat line once again left us all mesmerised. He collected 26 disposals (14 kicks and 12 handballs at 73 per cent disposal efficiency), three marks, three goals, five clearances, six tackles, seven inside 50s and 515 metres gained. Yet again, his stoppage work and ability to seriously hit the scoreboard when going forward, was brilliant. The Western Australian’s impact this year has been right up there with Patrick Dangerfield, Joel Selwood and Gary Ablett.

After watching the Hawks/Saints clash expecting somewhat of a snooze-fest, the performance of James Worpel really caught my attention. A premiership captain with TAC Cup club Geelong Falcons, Worpel has transitioned beautifully into the midfield of another successful club. The blonde-haired ‘Worpedo’ impressed with his aggression and attack on the footy. After one tackle, the umpire even asked him to calm it down – not a normal conversation to be had with a first-year player. Worpel finished with 27 disposals (15 kicks and 12 handballs at 52 per cent disposal efficiency), three marks, one goal, 481 metres gained, five clearances, three tackles, six inside 50s and a number of seriously powerful stiff-arms. The Hawks have unearthed yet another talent.

Rayner is quickly becoming a fan favourite up at the Gabba and is showing strong signs why he is rated so highly among regular underage football viewers and scouts alike. While he does not collect as much of the ball as some of his fellow draftees, Rayner generally does something positive whenever he does have possession. Once again, his leap allowed him to impact almost every marking contest he was involved in during the weekends Q-clash. The future star collated 14 touches (eight of which were contested), three marks, one goal (two behinds), three stoppage clearances and four inside 50s. He certainly looks to have added a bit of excitement and X-factor to a Lions side on a steep incline.

The top 10 draft pick from the 2017 National Draft has fronted up 17 games this season, with his best game of his career coming against the Dogs on Sunday afternoon. O’Brien, who was utilised in an outside-leaning role across the half-back line by senior coach Brendan Bolton, impressed with his cleanness, composure, decision making and precise ball use with his penetrating left-foot. The 19 year-old recruited from the Bendigo Pioneers collected 20 disposals (at a positive 85 per cent disposal efficiency) to go with six marks and a couple of tackles. Carlton will be hoping O’Brien can build on what has been a solid, steady start to what projects to be a long and successful career. Potentially adding some more size to his frame, we could see the athletic O’Brien spend more time in the midfield rotation.

It’s never easy for young key position players to make an immediate impact, however Tom De Koning showed some seriously impressive signs on debut during Sunday’s loss to the Dogs. De Koning, or ‘TDK’ as he is commonly referred to, managed 11 disposals (eight of which were contested), five marks (including two contested grabs and two inside-50 marks), three tackles and a goal on the weekend. He had some presence about him around the ground, and held his own when playing in the ruck for a couple of contests. After an impressive start to his infant career, the forward-line partnership between De Koning, Charlie Curnow and Harry McKay will prove absolutely critical for the Blues’ as they look to improve.

Just the nine disposals for Naughton in his sides victory over the lowly Blues’, the youngster used the ball terrifically well, recording a disposal efficiency of 89 percent. His kicking action is unusual to say the least, however so far it has proven to work well enough. Naughton, a first round draft pick in 2017, showcased his aerial prowess against an inexperienced, but talented Carlton key forward line featuring Curnow, McKay and De Koning, clunking six marks with two of which were contested.  Having also been utilised in attack by senior coach Luke Beveridge at-times during his rookie year, the WA-products flexibility is a real asset.