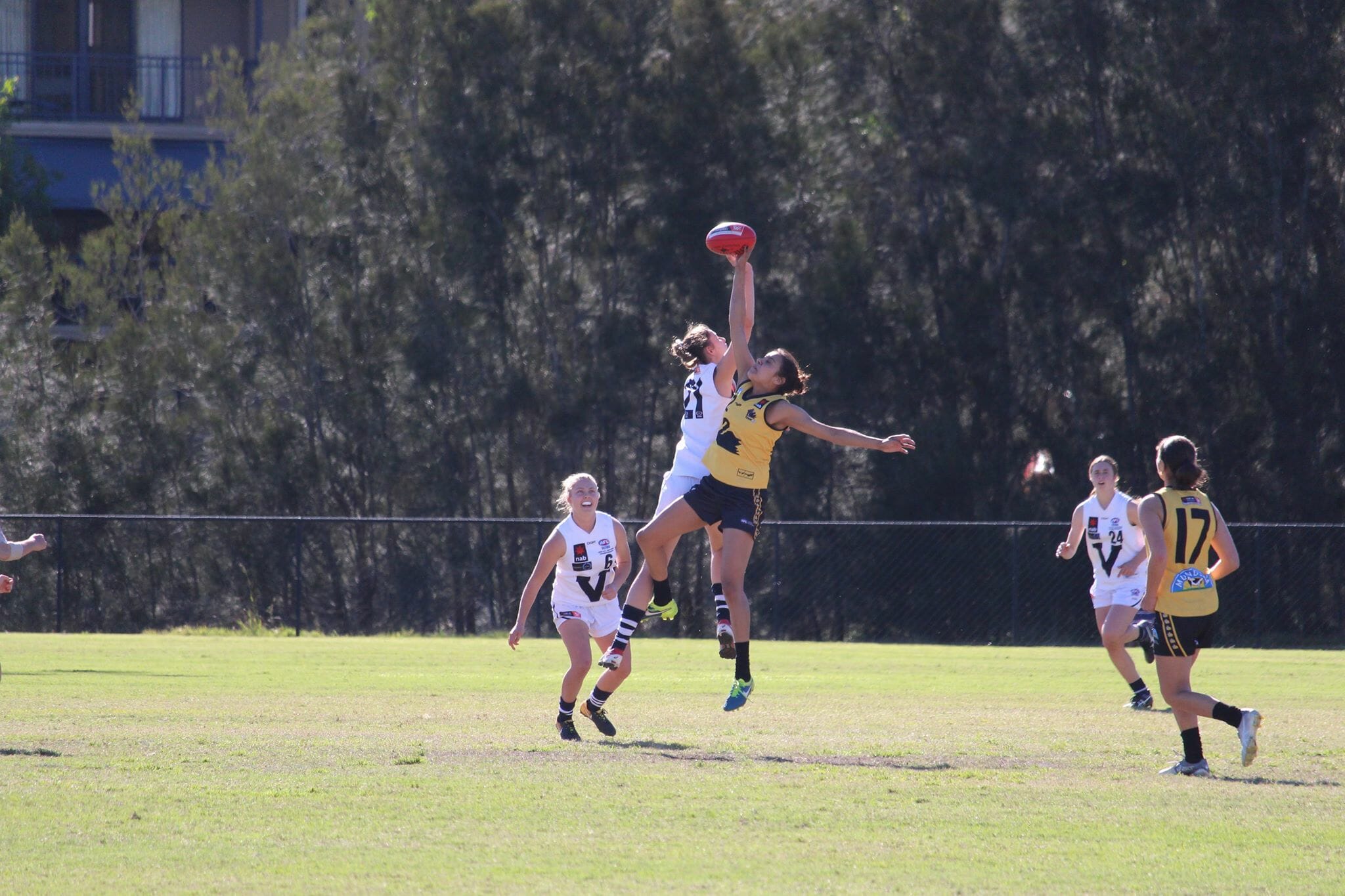 She would spend lots of time with her family kicking a football around or smashing a cricket ball, and she was all ears when she found out her cousin was playing for a local club, wanting to try out her first competitive sport.

“I think in replacing of sports, we were just with family instead,” the WA ruck said. “We played sport altogether but not at a club level. “I always loved footy, I always wanted to play but just didn’t really have the opportunity. “A lot of girls play Auskick but I didn’t so I found out about my cousin playing at a club level, that was when I was 15, so I went down, looked at myself then got into that along with my sister and started playing for South Fremantle Women’s Football Club.”

Dorizzi continued to play with her sister in WA’s KickStart squad, which is a program where Indigenous players get to experience being in an elite AFL environment. She admits she was initially shocked about getting selected for the squad at such a young age.

“So playing football in my first year, everyone’s kind of like where have you come from?,” Dorizzi said. “Me and my sister, we both didn’t really know. “Initially, we made the KickStart team back in 2014, that was in our first year of football, and then from that, we just had so much people say to us ‘you should try out for 18s’ and sort of doing all this stuff that we didn’t know about at all. “I felt like I just wasn’t supposed to be there, I felt like I was too young. “I was 16 and there was other 16 year-olds and a couple of people that were a year younger than me but I just felt like it was kind of like a shock. “Like you didn’t expect yourself to be there and now you’re there, you’re kind of just like woah.”

Ever since then, her football career has grown in leaps and bounds, as she has gone from not realising how much of an honour playing for her state was to immersing herself in the privilege.

She cannot put her finger on just one memorable moment in her career, but has just loved playing for WA overall, as she has made everlasting friendships.

“I always love playing for WA to be honest,” Dorizzi said. “Making it a good memory, a lot of things contribute to it. “For example, Danielle Ponter from the Northern Territory, I met her back when I played KickStart in 2014 and from then, I didn’t see her and I rucked against her back then and coming to now, I had national academy with her and then my All Stars programs and stuff. “Them things, like seeing the girls, is what makes it better. “Yeah you have your WA team but it’s also good to know girls from Victoria and Queensland and New South Wales and Tasmania, you know, wherever else the girls are from. “I think all them different academies and All Star matches is what contributes to having good footy moments.”

Her good footy moments began right from her first year of football because she knew straight away that this was the sport for her, and she never wanted to leave.

“I always did want to play sport but I never just really had the opportunity to,” the 19 year-old said. “My mum and dad never really put me into a sport back when I was younger. “So playing football, when I was playing my first year, I was like I love it, I’m playing again next year. “I was kind of stuck there, they wouldn’t let me go. “I had no choice but to stay there I guess.”

Dorizzi now feels comfortable in the elite environment and has AFLW on her mind as a realistic goal.

“I do see it as a real goal,” she said. “Growing up, I was finding it hard where I could fit it but I definitely want to be there and go there as a goal.”