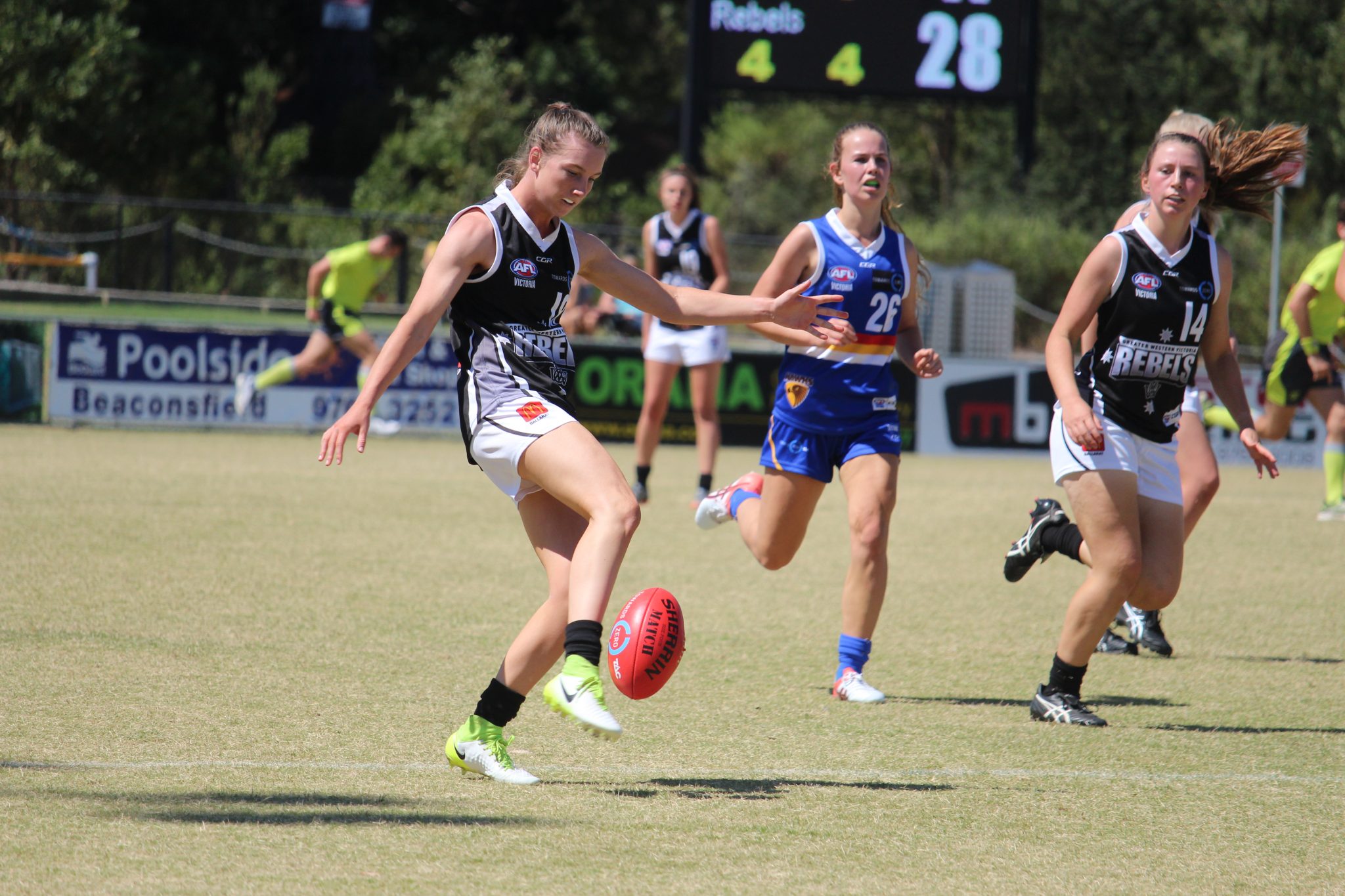 GEELONG has secured its spot in the Victorian Football League (VFL) Women’s finals after a come-from-behind win over Casey. At the other end of the ladder, Essendon and Williamstown battled it out at Windy Hill under three new rule changes. The Seagulls came away with the win, ending their season on a high.

With the ball often in Williamstown’s forward 50, Neaves was under a lot of pressure quite often and rose to the occasion. She gave the Bombers drive out of the backline on numerous occasions, whether it was a long kick or a searching run.

She had a real clear dominance in the ruck from the start until the end of the game. She is a very capable ruck and gave Essendon first use all day.

She kicked the Bombers’ only goal in the second term when she streamed through the corridor and kicked a goal on the run. She was one of the best for Essendon as she was really lively across half forward.

She was Essendon’s best player in my opinion. She tried her best in the midfield where she amassed 20 disposals but did not get enough help. In the wet conditions, she still managed to hit targets when a lot struggled to do so.

I thought she was once again one of the best for Williamstown. She not only got a lot of contested ball with 28 disposals but also was a threat in the air, taking many intercept marks in the tough conditions.

In tough conditions, she managed to kick a snap from the boundary in the last quarter, which was one of the best goals of the game.

She had three chances early in the second term to kick away from set shots, but they all missed. Early in the final term, she took an impressive contested mark and kicked her first goal for the game. Only moments later, she repeated her efforts to kick two majors in two minutes and break away from Essendon. Garner had terrific hands in the miserable conditions, which allowed her to have numerous shots on goal as well as setting up teammates for shots.

After a brilliant chase-down tackle inside 50, she was awarded a free kick 30 metres out straight in front and converted truly for the first goal of the game. In the second term, she repeated her heroics with her tackling pressure, winning a free kick. She could not convert this time round. Van De Heuvel was really handy, winning her fair share of the contested ball and gathering disposals across the ground. She also snuck forward to kick a prized goal in the first quarter.

Delivered a good kick to centre-half forward and also did well to find space and take a mark. Later in the game, McLean received a 50-metre penalty and demonstrated good awareness to handpass it to her running teammate in Eden Zanker.

Did extremely well in the ruck and won the battle for mine. Did well to kick the ball off the ground after missing the tap, showing her ability to rove her own footy. In another instance, she took it out of the ruck and got a good kick out, following this up by selling some candy. Laid a good bump which allowed Maddison Gay to run onto the ball. Orgill also took a good intercept mark and bustled her way through players to kick the ball out of congestion.

Did well to get a free kick after tackling Kate Darby, which occurred after Bentvelzen ran past the ball. Bentvelzen also applied good tackling pressure and got lots of the footy throughout the day. Took a good mark at half-back and followed the play up by selling some candy nicely.

Applied good pressure on Maddie Boyd to prevent her getting the ball out on hands and knees. Also took a strong mark up forward to have a shot from 40 metres out. Shevlin also kicked the first goal of game to get the momentum going for the Demons.

Bailey was prominent early, gathering plenty of touches. She took a good intercept mark off a Richelle Cranston kick and delivered a good kick to the pocket to create a foot race between Georgia Clarke and Kasey Guttridge. Bailey was also ferocious in her attack, applying immense tackling pressure.

Took a good intercept mark off an Olivia Purcell kick. Also gave off a good quick handpass to get herself out of trouble, allowing her to propel back into the contest. Delivered a nice high kick to Eden Zanker at centre-half forward which was good. Allen’s pressure stood out on the day, often creating turnovers.

Did well to kick the ball down the ground to keep it alive. Also executed a good pick-up and kicked a clever low ball for her first goal of the day.

Showed good run and carry to create the passage of play that resulted in a Kate Darby goal. She kicked the ball off the carpet then chased it up and got it back to kick it forward, which landed in the hands of Maddie Boyd for a set shot. Ivey also got a free kick and kicked her first goal of the day in heavy rain.

Showed good awareness to pounce on Sally Fyfield’s mistake and kick the Cats’ first goal of the day. Had a good one-on-one battle from a high kick to try and get the footy. Clifford went into defence in third quarter, and executed a good quick pick-up off the deck and kick away.

Showed good endurance to get from the ruck contest to the forward line to chip through a goal. Did well to lay a good tackle on Shelley Scott after the ball flew over her head.

Laid a strong tackle on Holly Bailey and kicked a nice goal in the third quarter. Demonstrated good run and dash with the ball and delivered a good kick forward. Morrison then chased hard to get the ball, pick it up and give off a handball inside 50, despite running pressure from Darcy Guttridge.

Delivered a good kick to centre-half forward and followed this up with a nice kick to centre wing. Cranston delivered yet another good kick when she booted a high ball towards the middle of the ground. In another instance, she was able to read the ruck tap well and get it out of the stoppage. Also did well to evade a tackle and get the ball forward.

Keryk demonstrated good hands throughout the day, starting off her day with a quick handball out of a stoppage. She followed this up with a good mark, showing her intent to hunt the footy early. Keryk was always at the bottom of the pack, digging in hard. She delivered a good kick inside 50 and showed good kicking and intent to win the footy in general. She was one of the key ball-winners on the day.