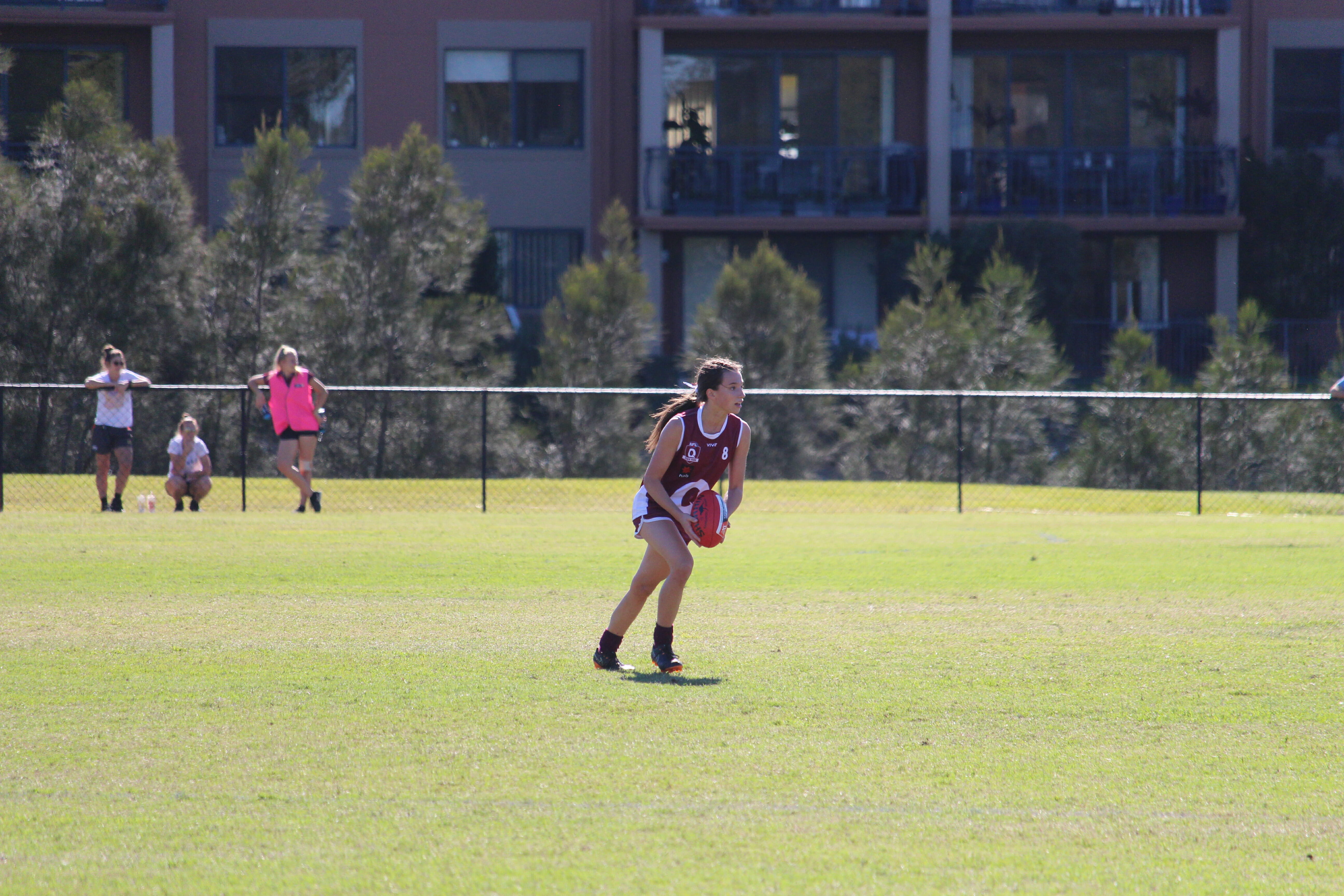 IT was a great day for Coorparoo as both the Queensland Women’s Australian Football League (QWAFL) and Queensland Women’s Football Association (QWFA) Division One sides made it through to their respective grand finals after close wins in the preliminary final stage.

Coorparoo is through to the QWAFL Grand Final, earning the right to face minor premiers Wilston Grange once again after defeating University of Queensland by 16 points in an exciting contest. The Blues made the most of limited opportunities in the first term to boot 2.2 to the Red Lions’ 1.1. The second term was the complete opposite to the first quarter with a massive 10 goals scored between the sides, as both teams scored five apiece. Coming out in the second half, it was the Blues who made the most of their chances, booting the only two goals of the half, while the Red Lions peppered the goals with five behinds. Neither side scored in the final term which saw the second-placed team set up a meeting with their semi-final conquerors.

Tori Groves-Little was the difference up forward on the day for the Blues, booting four of the game’s 15 goals, while Brisbane Lions’ AFL Women’s star Jess Wuetschner finished the game with two majors, as did Matilda Ingram. The Red Lions had six individual goal kickers including Brisbane AFLW players Sabrina Frederick-Traub and Gabby Collingwood who each scored a major. Frederick-Traub was named the losing side’s best player, along with Megan Hunt, Alana McNabb and Sharni Webb. For the winners, Laura Blue was named the best on ground, along with Queensland Under-18 representative Jade Ellenger and Kylie Lawrence.

Coorparoo made it the double in the top two women’s grades, after running out winners over a determined Burleigh by 18 points to advance through to the QWAFA Division One Grand Final. The Blues finished top of the table after the regular season, but had a shock loss to second-placed Aspley Hornets in the semi-final stage to be forced to earn their way back into the decider. On the weekend, they fought back from a half-time deficit to record a three-goal win. Coorparoo started strongly, booting three goals to one in the opening term, but then the Bombettes hit back with the only three goals of the second term to head into half-time with a nine-point advantage. Coorparoo powered their way into the Grand Final with a five goals to one term in the premiership quarter, holding off the visitors to win and have another crack as Aspley. Meg Pullinger starred with six goals to be the difference between the sides, while Emily Rose and Emma Dillon were named the Blues’ best on the day.