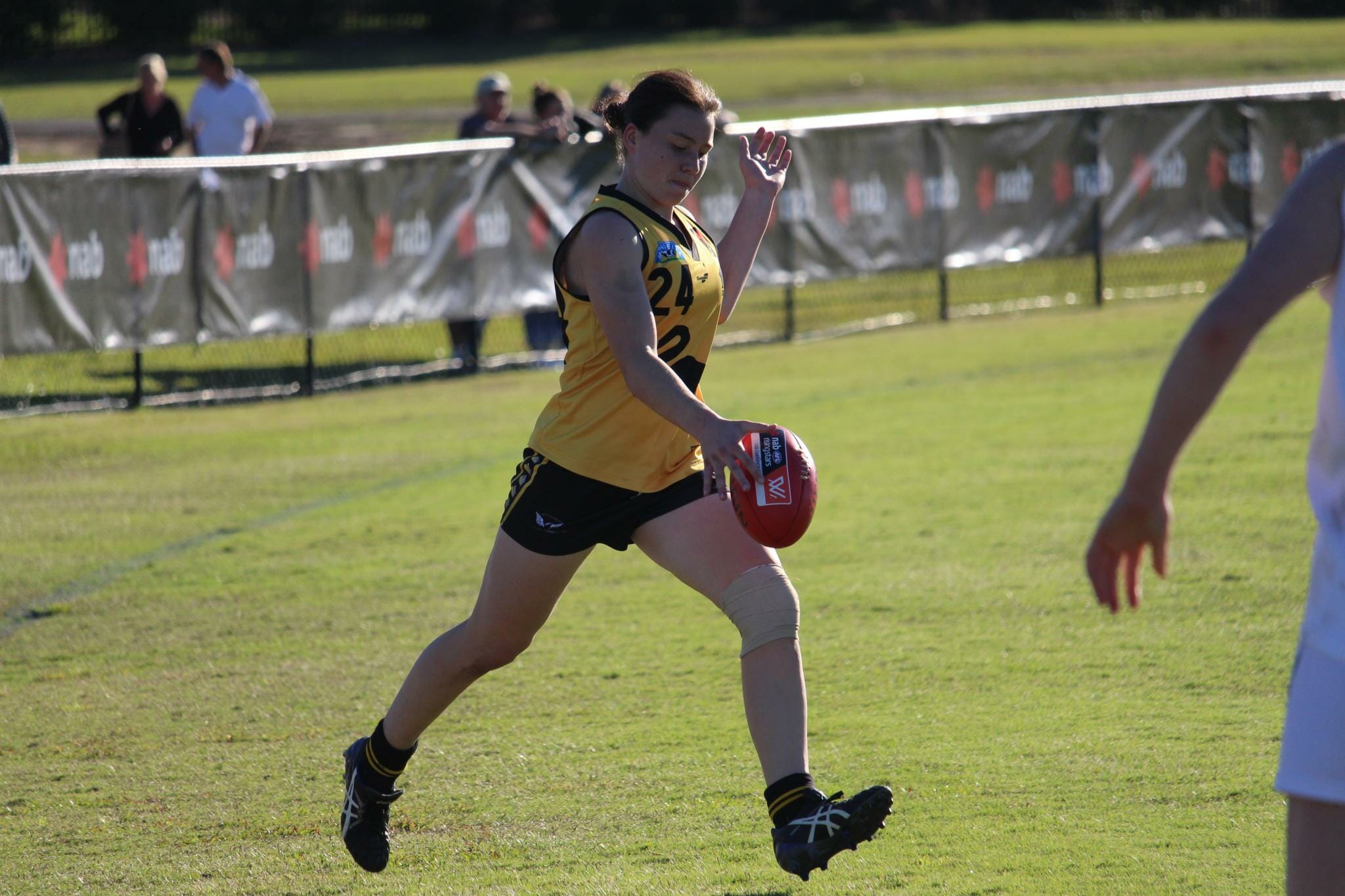 Subiaco took it up to the third-placed Swan Districts side early and made a statement against its highly fancied opponents, booting 5.0 to 1.2 in the opening half to hold a 22-point advantage at the main break. Swan Districts hit back in the third term with three goals, including a clever couple of pieces of play from Rhonda Williams and Emily McGuire to keep the home side in it, but it was still a 22-point deficit at the final change after another late goal to the Lions. Subiaco then booted the only goal of the final term, with Swan Districts ruing missed opportunities – booting five behinds for the game to go down by 24 points. Amy Lavell booted four majors for the winners, while Lara Filocamo and McKenzie Dowrick each got on the scoreboard and were among the best on the day. Ashley Sharp finished with two majors for the losing side. Now Subiaco heads to the preliminary final to face Peel Thunderbirds, while last year’s premiers are now out of the flag race.

East Fremantle advanced to the 2018 WAWFL Grand Final after a stunning win over Peel Thunderbirds in the semi-final. Despite the Thunderbirds holding the X-factor goalscoring machine in Kira Phillips, it took until late in the second term for Phillips to nail her first, and by then, the Sharks had piled on seven majors and led by 40 points. Their dominance continued after half-time, booting five goals to two – both of which came in the last term. Jade de Melo booted four goals to be the dominant goal kicker on the ground, while Belinda Smith and Kahra Sprlyan managed two majors each. Teenager, Roxanne Roux and former Collingwood AFL Women’s player Caitlyn Edwards both hit the scoreboard in the big win. For Peel. Ebonee Hardie and Bailey Molloy booted late goals to join Phillips as the only goal kickers on the day for the Thunderbirds. Now Peel heads into a do-or-die preliminary final with Subiaco.

A six-goal haul to Stephanie Sparke has handed East Fremantle a fantastic 27-point win to keep its premiership hopes alive. The Sharks defeated Swan Districts after a three goals to one final term meant that the visitors were too good for the third-placed side, led by Sparke’s fantastic effort up forward. Claremont peppered the goals, but proved too strong for minor premiers Peel Thunderbirds, booting nine goals from 24 scoring shots on their way to a 56-point win. Amber Ugle-Hagan booted three goals for the winners, while Holly Cattermole finished with two majors to see Claremont advance through to the Grand Final.

East Fremantle has survived a huge scare to remain alive in the 2018 finals series, defeating Swan Districts by a solitary point in the do-or-die semi-final clash. Trailing at half-time, the Sharks booted two of the three second half goals to get over the top of Swan Districts to face South Fremantle next week. In the other game, Peel Thunderbirds overcame a tight first half to boot four second half goals and record a 43-point win and book a spot in the Rogers Cup Grand Final. Leading by just 14 points at half-time and 20 at the final break, the Thunderbirds showed why they were the premiership favourites, booting three goals in the last stanza to win comfortably.