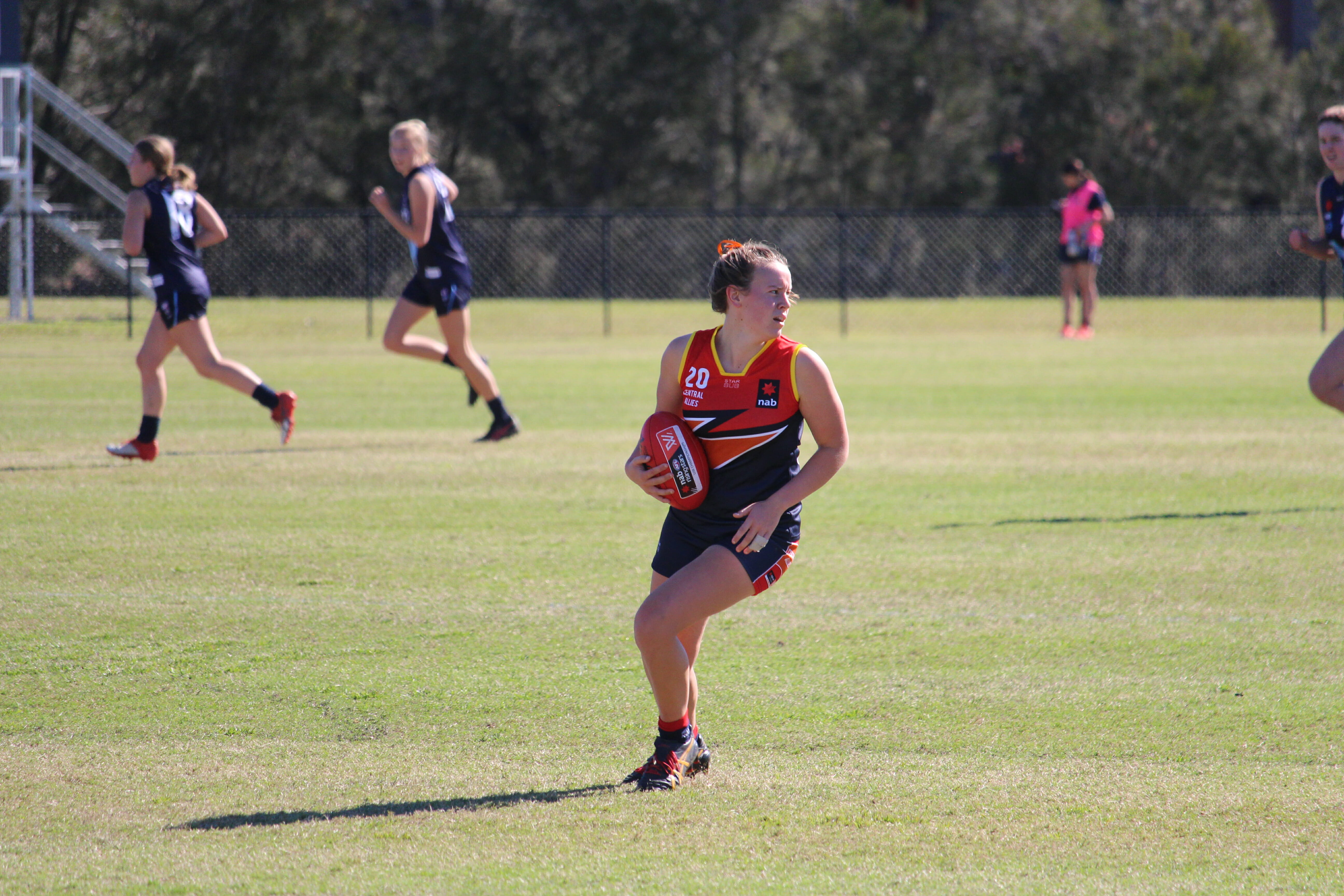 SOUTH Australia Under 18 representative, Rachel Dunstan has always played netball and basketball. After seeing an online registration link for the Under 18 South Australian football side last year, she thought she would add another sport to her belt. Little did she know that she would discover a love for the sport and face a difficult decision to give away her other sports in pursuit of an AFLW contract.

“I just love lots of different sports,” Dunstan said. “It was hard to quit one so I always just tried to play as much as I could. “Footy was never a thing that I really looked into much. “But then in SA, because they didn’t have many teams or anything, they put out a registration form and it got cut from there.”

Dunstan was fortunate enough to make the final cut for the state side last year in her first ever year of football. Now that she has backed up her performance this year with a spot in the South Australian and Central Allies outfits, the 18 year-old admits that she has found a new belief in herself to progress further with football.

“I’ve got to start thinking about taking it further,” Dunstan said. “I’m looking to get drafted. “This year is obviously my top-age year but I feel like I’ve come in so late so I’ve got so much more to learn. “It would be a bonus if I got drafted this year but I think with a good pre-season behind me, learning more and sticking to one position, I’ll be ready to go for next season.”

But at the moment, Dunstan is content with balancing football, netball and basketball due to her passion for the sports.

“Everyone told me I’m crazy to do both this year with everything going on but I live in a really small community town and just know everyone, my whole family’s there so I just can’t give away that whole day on a Saturday because the boys footy and girls netball are at the same venue every week,” Dunstan said. “I absolutely love it, I just couldn’t give up playing netball yet even though I’m trying to balance them both.”

In the middle of this trifecta of sports is her Year 12 studies. Dunstan admits she doesn’t have much time on her plate, as she describes a typical week.

“So normally a week would be four trainings a week and that’s netball, basketball and footy,” she said. “Then there’s games on a weekend, normally state trainings would be on a Sunday morning then I play netball on Saturdays. “Then club footy is either a Friday night or a Sunday. “I don’t have much time and I really have to make sure I get it (homework) done at school.”

At the moment, Dunstan is busy studying the game of Australian Rules, admitting that she has an analytical side, which she has had since childhood.

“I just love it (footy) so I would watch most games, all the boys every weekend, and I’m pretty analytic so I know exactly what’s going on,” she said. “ I’m good at just reading the play and identifying things in the game even though I probably couldn’t do it in the game.”

To improve her craft in the game, Dunstan is playing her first year of local football for the South Australian Women’s Football League (SAWFL) Under 18 side, Morphettville Park. Even though it was hard to land at a club, the 18 year-old is glad that she did, as it has given her an opportunity to develop her skills.

“This year was my first SANFL Women’s,” she said. “My zone didn’t have one (a team) so the state talent managers really had to get me at a different club and that was about an hour and a half away from where I live. “It was two trainings a week. “It wasn’t really close but yeah I’m loving playing club this year. “It’s good to just practice things there as well.”

Dunstan says her football skills have been progressing since she was a child, as she explains her love for the local club football environment.

“I’ve just always grown up around a footy at the local footy club and kicking it around,” the Central Allies representative said. “I obviously kicked the footy with all the A Grade boys when I was younger so that just made me love it. “I played state last year and this is my first proper year at a local club so yeah it’s been good but lots of improvement to go.”

As well as appearing for South Australia and the Central Allies in the AFL Women’s Under 18 Championships, Dunstan has been named in the best for Morphettville Park’s Under 18 side five times in eight games.