Keeping Tabs: Standout performers from Round 21 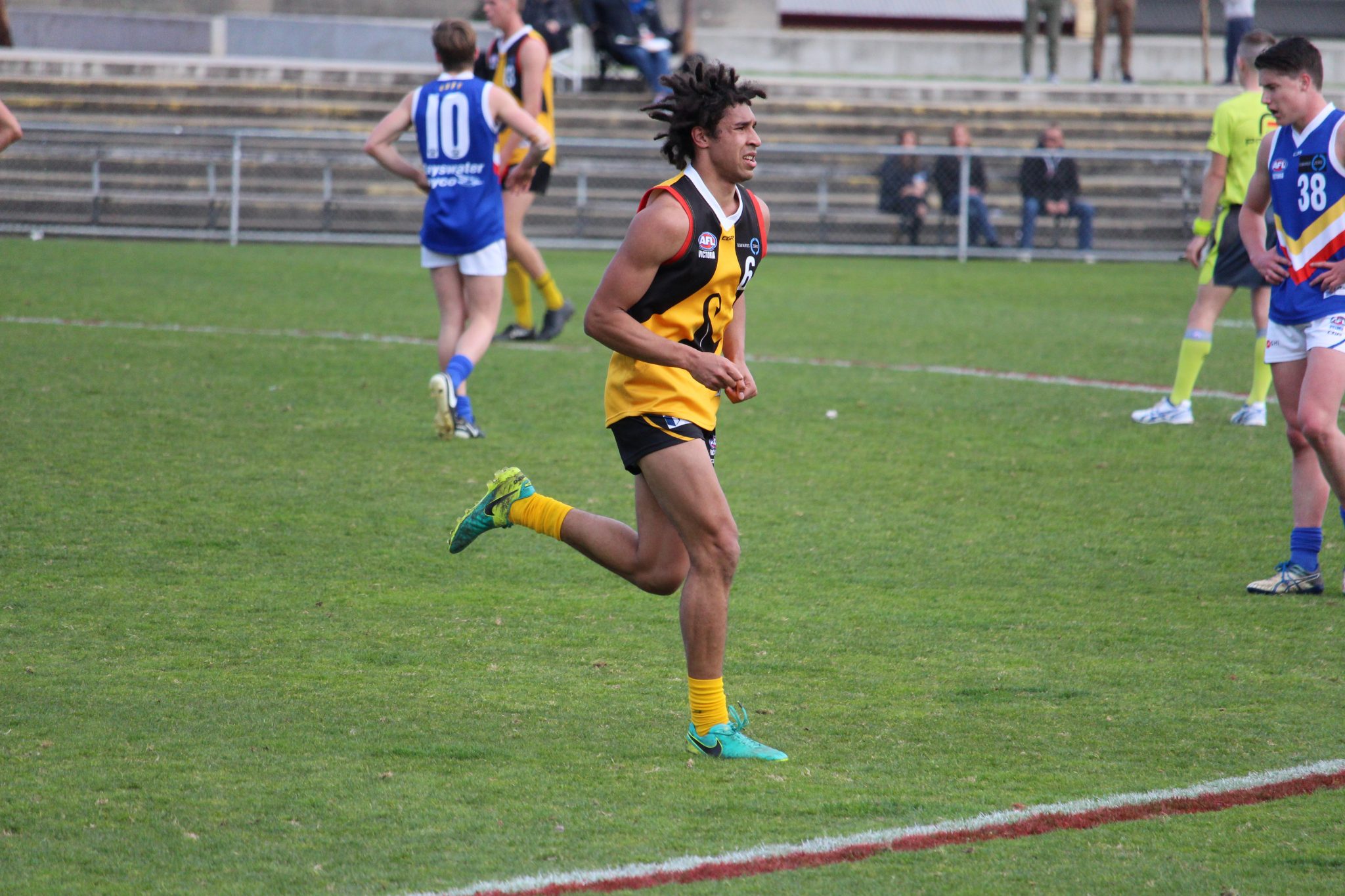 WITH the race to the Rising Star award reaching the home stretch, the Keeping Tabs’ favourites continue to make their appearances. At the beginning of the year, I would have predicted Stephenson easily, however there’s still plenty of standouts who want their name in this conversation.

Spreading his class throughout the ground against a resilient Brisbane Lions, Stephenson returned to his Rising Star form. Pivotal in their victory, Magpie’s debutante finished with 19 kicks, six handballs, eight marks and 524 metres gained. This year, Stephenson proved himself up forward with countless goals to show for it. He showed his versatility last weekend, proving himself dominant by foot through the midfield and going forward. He closed out the game against the Lions with five inside 50s, one rebound 50, 10 score involvements, two one percenters and most impressively, two goals. It seems in the conversation of Rayner v Stephenson, it’s safe to say the Magpie won this round.

All eyes were on the young Hawk this weekend in yet another close finish against the Cats. Worpel came out with wings fully stretched, laying eight tackles (two inside 50s) and 17 pressure acts. When facing Geelong skipper Joel Selwood, in one of the game’s desperate moments, Worpel snatched the pill off the deck, spinning out of danger and assisting the ball forward for an important goal. The simple, yet courageous act may have saved the game. For the day he had 12 kicks, 11 handballs and five marks. His work was solid around the stoppages, with four clearances, four inside 50s and two rebounds. This week’s Rising Star nominee loved attacking the football and seems to be developing well under the great, Alastair Clarkson. The youngster could see himself in a premiership side this year if Hawks continue their strong form.

Richmond’s favourite personality had yet another stellar performance. His consistency has been his most impressive feat this year, flowing well with the chaotic Tigers and injecting some of his own unfamiliar flavour. Higgins collected most of his 16 disposals across the wings, at an 81 per cent efficiency with six contested possessions last weekend. The most impressive of his stats came from his two goal assists, seven score involvements and two contested marks. The unselfish footballer impacts the scoreboard through clever and timely passing. Despite not kicking a big number this year, Higgins doesn’t sit on his hands in the forward line, creating goals through great instincts and great agility. Furthermore, he had 18 pressure acts and a clearance to show for his day.

Ed ‘Red’ Richards has quickly become a famous name for Bulldog supporters. This debutante stood up in the back half of this season, adding plenty of class up forward at times, and sensational run out of the backline when needed. The latter was prominent in this week’s match. Richards had 17 possessions at 77 per cent disposal efficiency, cleaning up the footy comprehensively in the Bulldogs’ defensive half. He had an impressive run along the wing, bringing the ball inside 50 with a few bounces, creating a goal. For the day, he had two inside 50s, one rebound, 14 pressure acts, four intercept possessions and two marks. It is outstanding how much of the spotlight the debutantes have stolen this year, and Richards is definitely a fan favourite.

Though not at his usual form, Kelly still performed well enough to have his spot on this list. He had 11 kicks and six handballs with a 65 per cent disposal efficiency. His most impressive feat came from his 385 metres gained and five one percenters. It’s fair to say if this was a Tim Kelly best performance list, this one wouldn’t make it, but Kelly still had his fair share of an impact. His accuracy in front of goal was dismal at 33 percent, kicking one out of three. Though like usual his stats were well spread, finishing with four clearances, four inside 50s, two tackles and 13 pressure acts. Hopefully we can see Geelong’s heavy hitter lift this week and play some of the footy we saw against the Tigers.

Dow is slowly establishing his trademark with his strong running across the wing. First using it to score a Goal of the Week nomination, Dow used his second run to setup a teammate and secure an easier score. Finding his zone in recent times, it seems the nerves of elite football are things of the past. Carlton’s young ball carrier secured 10 kicks and five handballs at a 60 percent disposal efficiency and nine contested possessions. His impact was spread across forward and back, with seven score involvements and 11 pressure acts. He proved strong in the clearance yet again, securing four, and showed his dominance delivering the ball with five inside 50s. With the way these last few weeks are going, I can see 2019 being the year of Dow, and I sure can’t wait to see it.

Though only having 10 possessions, McCartin managed to make them all count at a 100 per cent disposal efficiency. He split his disposals perfectly with five contested and five uncontested possessions, as well as spreading them 50-50 across the defensive and forward halves. He also collected six score involvements, one goal assist and a goal for himself. He took an impressive six marks (two contested), laid three tackles, had four inside 50s and four one percenters. McCartin is holding up as a reliable footballer, making his possessions count and not getting caught with the footy. He has adapted well to Sydney’s neat brand of football and will bring in the next generation of champions quite nicely.

The former Dandenong Stingrays forward was at his exciting best, booting 2.2 in the GIANTS’ win over Adelaide in what was a season-defining game. Bonar had just the nine touches, but had five marks (one contested and three inside 50), four tackles and an inside 50. Most importantly, he laid two of his four tackles inside 50, providing that vital forward pressure. He has exciting speed and X-factor in the forward half and will be one that continues to develop at a rapid rate which a huge ceiling.