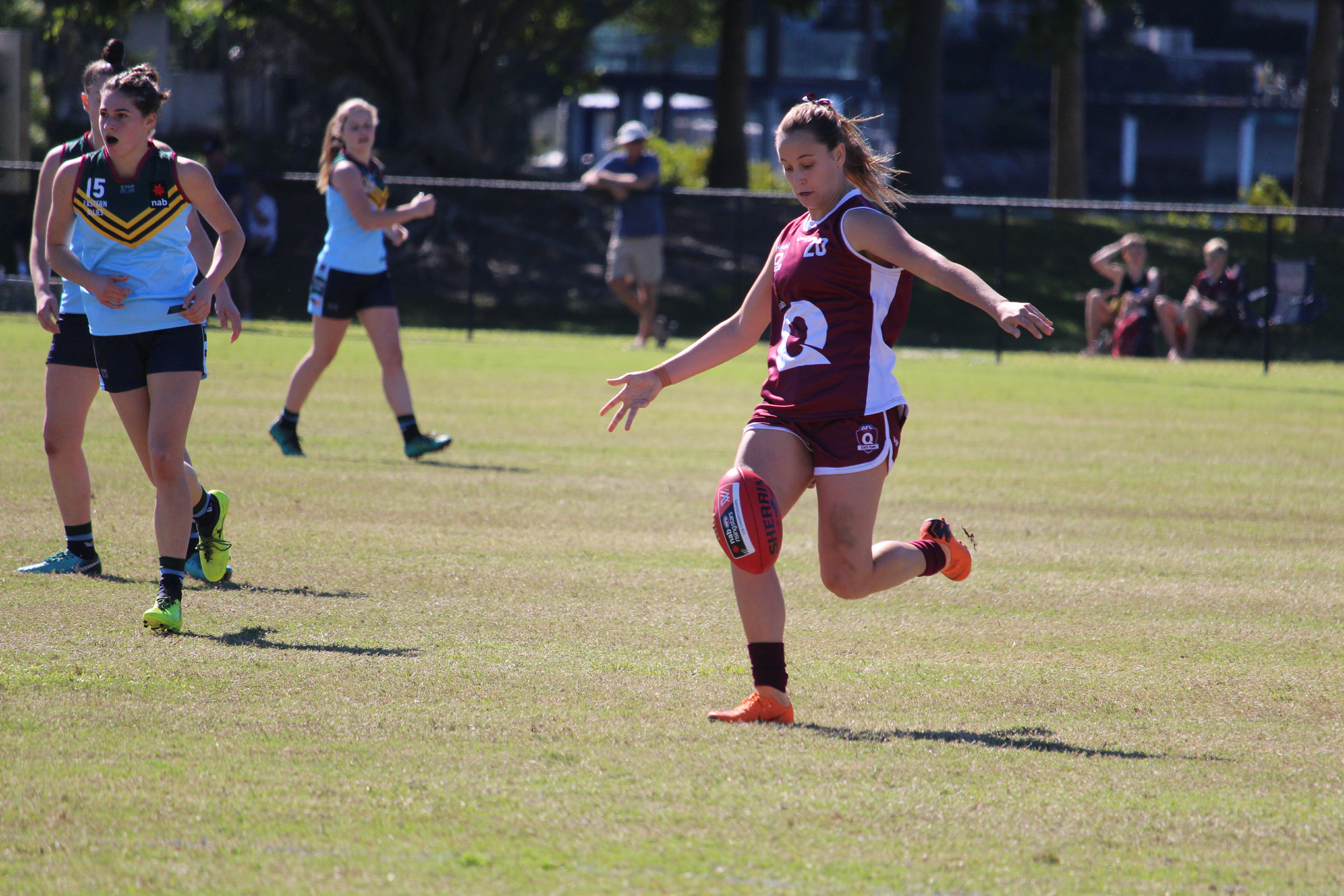 WILSTON GRANGE has gone straight through to the Queensland Women’s Australian Football League (QWAFL) Grand Final after defeating Coorparoo in a tight contest. In the other game, University of Queensland knocked out Coolangatta Tweed to earn a face-off against Coorparoo next week.

After leading at half time, Coolangatta Tweed did not score during the second half, as the Red Lions hit their straps and kicked six second half goals. Marnie McGorm was the hero for the University of Queensland, booting through four of her side’s eight majors. She was complemented by majors from Rachael Vetter, Maddison Wood, Brisbane AFLW player, Sharni Webb and Queensland Under-18 captain, Natalie Grider. McGorm, Webb and Grider were all named in the best as well for the winning side, and will have a chance to back up their efforts next week in a do-or-die preliminary final. For Coolangatta Tweed, Maddy Roberts kicked two goals while Eastern Allies Under-18 representative, Brianna McFarlane and Sandra Carter each kicked a major. Bethany Pinchin was named best-on-ground for the Blues and was complemented by good games from Emily Hagan, Selina Goodman, Zoe Wood and Zoe Lattanzi.

It was a hard-fought win for Wilston Grange, whose inaccuracy kept Coorparoo in the game. Both teams kicked four goals but the Gorillas’ superior behinds got them over the line. Maddison Peeters, Michaela Campbell, Courtney Daniec and Queensland Under 18 representative, Jacqueline Yorston were the goal kickers for Wilston Grange. Coorparoo’s goals came from Brisbane AFLW forward, Jess Wuetschner, QWAFL leading goal kicker, Jenae Govan, Queensland Under 18 player, Jesse Tawhiao-Wardlaw and Laura Blue. Emma Gibson was judged best afield for the losing side while Queensland Under 18 duo, Jade Ellenger and Tori Groves-Little were in the mix. State teammate, Isabel Dawes featured in the Gorillas’ win and could play a key role in the Grand Final.

In a remarkable round of finals action, two upsets occurred in the semi-finals stage, with second placed Aspley Hornets moving through to the Grand Final after toppling minor premiers Coorparoo by 46 points, while fifth placed Burleigh stunned third placed Moreton Bay, with a 34-point win, to knock the Lions out of the flag race. Four goals from Kylie Guarino was the standout performer for the Hornets, named best on ground for her impressive forward haul. Anna Van De Wiel and Teegan Stevenson were also named among the winners best, while for Coorparoo, Matilda Ingram was the top player. In the other game, Burleigh had emphatic win over Moreton Bay, booting three goals in the last term to run out comfortable winners and move through to the preliminary final. The goals or bests were not supplied, but for Moreton Bay, Under 18s star Lily Postlethwaite was named best in Lions colours once again.