Humble O’Connor learns a lot from her football opportunities 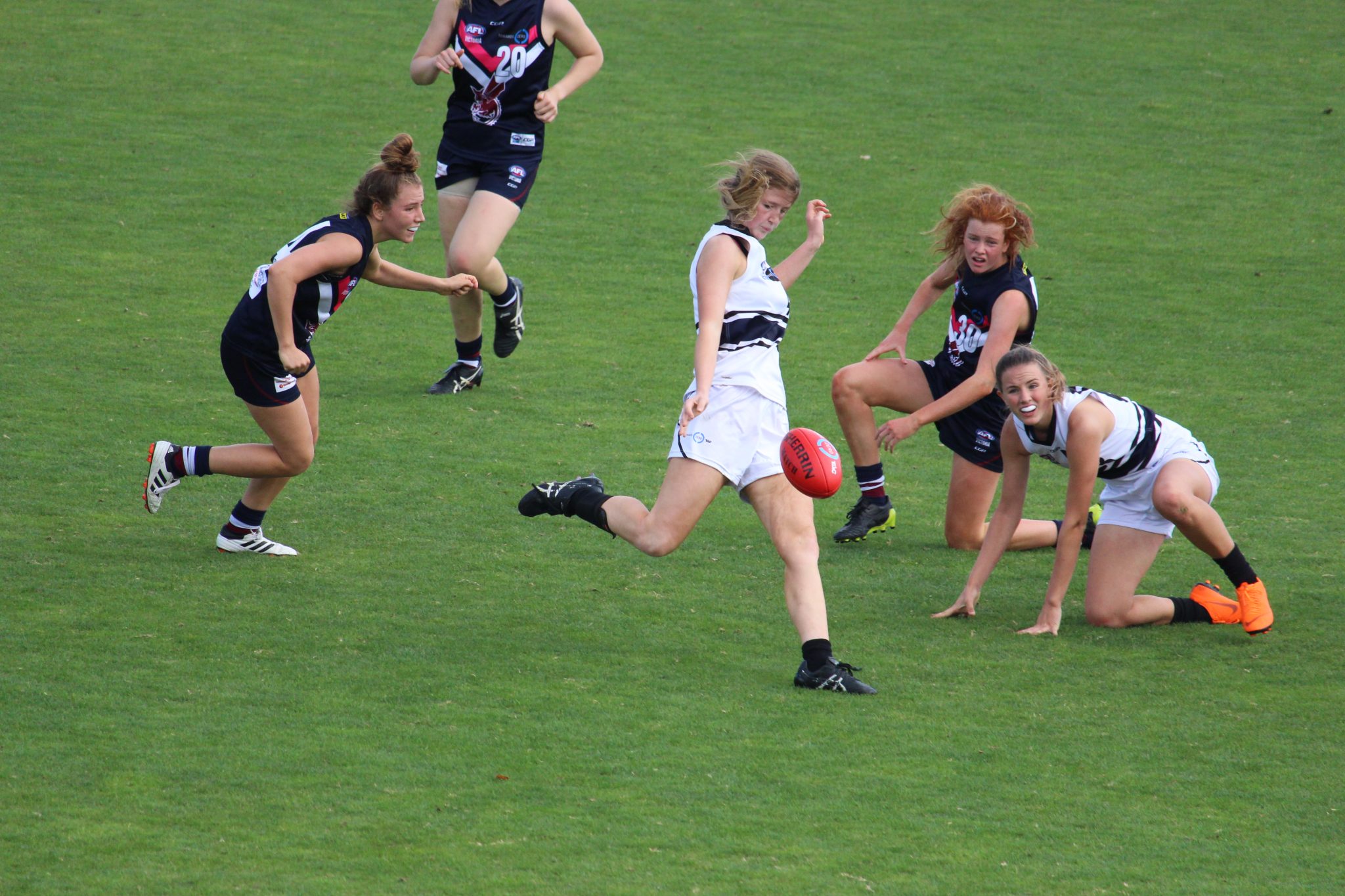 The 18 year-old ticked both those boxes this year and is enjoying learning about Australian Rules through these opportunities. Before she played at the Knights, O’Connor was selected to play for the Calder Cannons, which kick-started her positive football experience.

“I first started at Calder Cannons when I was a youth before there was TAC,” she said. “I didn’t think that would happen (getting selected for Calder). “It was really good and definitely a great experience, and playing two seasons at the Knights has been amazing for my development and it’s just such a good culture. “I’ve learnt so much about my footy.”

O’Connor has continued to learn about her own game at the Northern Knights, but has also benefited from learning about her teammates’ style of football. Despite being one of the older players at the club, the 18 year-old says she has learned just as much off the younger players at the Knights and sees a bright future ahead for them.

“A few times at training, they’d (younger players) show me up and I would just kind of sit back and say ‘woah’,” O’Connor admitted. “Especially Ellie McKenzie, I wonder what she’ll be like in a couple of years. “I just think it was really great to see that we had depth for the future, I can’t wait to see where they go.”

Combining older and younger talent has been very beneficial for the Knights, who reached the maiden TAC Cup Girls Grand Final. Although they fell short to the Geelong Falcons, O’Connor says she is extremely proud of the achievement of getting to the big stage.

“To be in the Grand Final was phenomenal and to lose by a pretty small amount was pretty annoying,” she said. “But I’m still so proud of the fact that we had such a young team and we went really well against a developing natural team like Geelong.”

O’Connor is not surprised that her side made the Grand Final, as she sensed good things from her teammates just from training with them.

“I knew from the start that we had a really good team,” she said. “When the girls trained, we all bonded really quickly and worked pretty well together.”

Although she is focused on football now, O’Connor’s childhood consisted of many sports. As a junior, she participated in basketball, dancing, cricket and also trampolining. But when she stumbled across football, it was hard for her to look back, as she enjoyed the sport immediately.

“I first started (playing football) when I was 14,” the 18 year-old said. “I played basketball and a mix of other sports. “Then I played footy in PE (Physical Education) for two weeks. “My coach was starting a girls team and he sent me down there.”

Little did she know that four years later, she would be selected to represent her state. O’Connor met the opportunity with emotion, and was very grateful to have received the coveted invite to play for Vic Metro.

“It was such a relief, this season especially, because there were a lot of excellent rucks in the competition,” she said. “When I got the letter, I did cry a little. “I was so relieved to just get it. “I teared up, I couldn’t help it.”

Currently in Year 12, O’Connor’s career path is different to some other Under 18 players, but she shares the same focus with them.

“I think I’ll be taking a gap year to get out of school and try something new,” she said. “I’ll definitely be pursuing footy and see how I go. “Next year would be great but I’ll take each week as it comes and that sort of thing.”