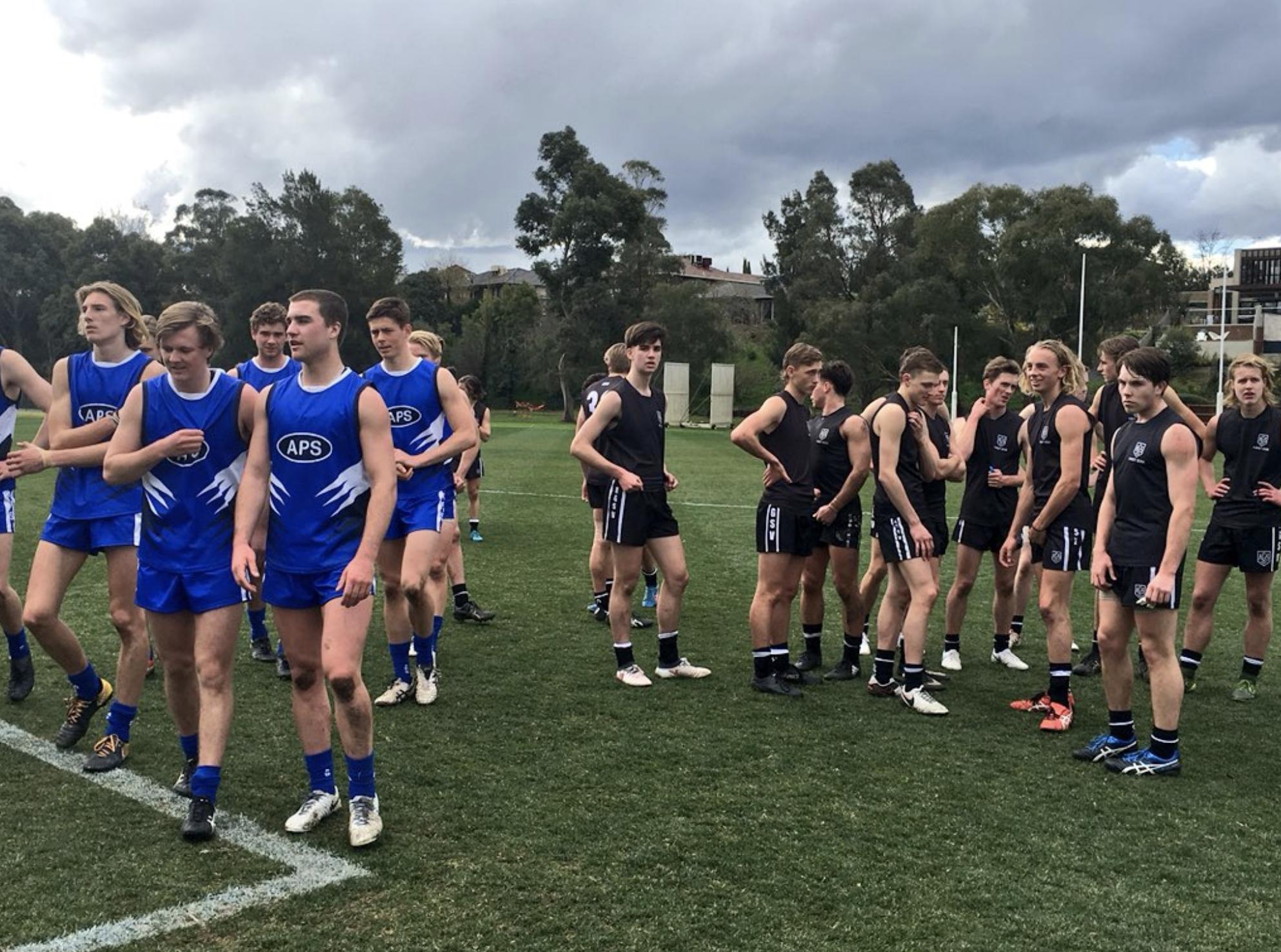 ON the weekend, Associated Public Schools (APS) defeated Associated Grammar Schools of Victoria (AGSV) for the ninth consecutive time in their annual clash between the prominent school football competitions. In what was a close encounter, James Goller was there at the ground to note down some of the prominent performers.

The medium forward had a good day kicking four goals. James did not get a lot of the ball but with every possession he did get, he made real impact with. He’s really hard to beat one on one, and also leads strongly at the ball. James kicked 37 goals at St. Kevins this season and has played one TAC Cup game for Oakleigh Chargers. If he regains a spot in that team and plays strong football, he could come into late contention come November.

The Haileybury bottom-ager was very impressive. The ruckman moves around the ground well for a big man, and one of his key strengths is his kicking. Not only that, he took some really strong pack marks. Definitely one to track in 2019.

Reynolds is in a similar position as Jordan. Tied to the Sandringham Dragons, he worked hard all day and used the ball okay. He and James Jordan are two to keep a eye on if they line up for Oakleigh or Sandringham respectively.

Richards played across half-back. Did not have much impact in the first half, but in the second half had more run and carry which is his real strength. He hit up a couple of forwards well.

Playing through the midfield, Briggs was in and under the packs for most of the day while showing some line-breaking capabilities.

Ross showed he is a inside mid, gaining a number of strong clearances and working hard all day. The impressive thing with Ross is his hardness in the contest – he is one of those players that will bleed for the team. Ross also showed some speed when exiting stoppages.

Was really impressive early, playing mostly in the backline. Worrell was the mop-up man for APS. He showed real composure when making decisions in defence.

An interesting prospect who made the State Combine off school football performances for Caulfield Grammar. Jordan has real penetration in his kicking. He was solid all day working hard, and took a couple of nice intercept marks and using the ball in a solid fashion all day.

Graham played across half-back and was a clear standout for the AGS team. He used the ball exceptionally well, only having one turnover for the day. What also was impressive was his run and carry – he was the real play maker off half-back that set up play for AGS and made good decisions with the footy.

Plain and simple, Trent Bianco was a star in the APS/AGS game. The Oakleigh bottom-ager was clearly best on ground. Bianco is all class and has really fantastic agility. Not only that, but his kicking is elite and made even better by his decisions with ball in hand. Another positive was that Bianco stood up when the game was on the line in the last quarter.

Playing up forward, Sticca was really prominent early. Sticca has some skill and his kicking was really good all day. He also has some pace in his game. Sticca made solid decisions with ball in hand and was dangerous in the last quarter.

Did not have a big day, but when the game was on the line in the last quarter he really stood up. He was fairly composed when making his decisions. Not only that, but he took the game on.

Big man Sam Mason played as a key forward. Laid a strong tackle which resulted in him kicking a goal. He’s a good mark and leads at the footy with pace.