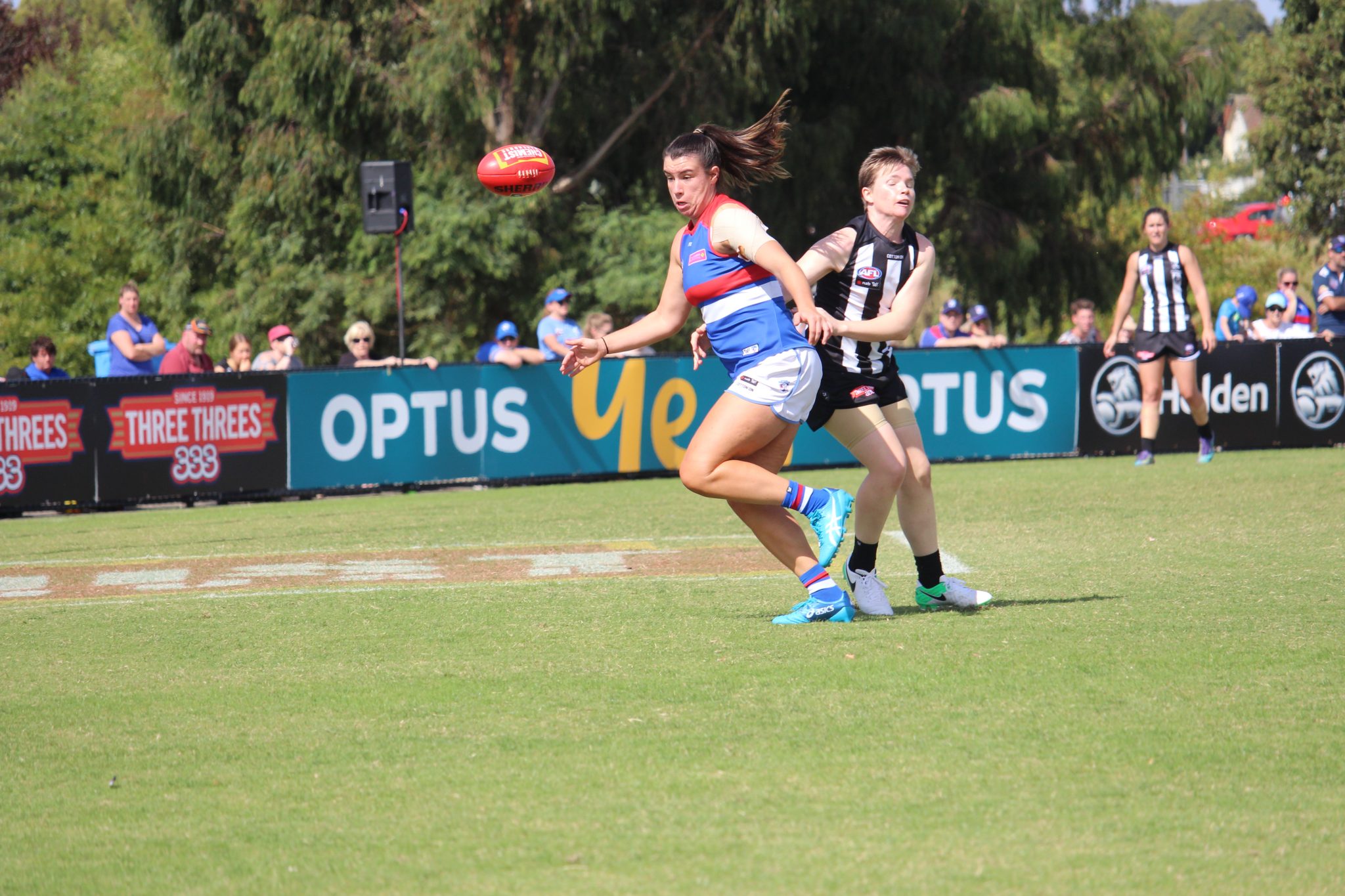 ROUND 14 is another huge round of footy with several teams battling for positions as we head towards September action. In perhaps the game of the season, Collingwood battle the Thunder at Victoria Park in a game with huge implications at the top of the ladder. Important games for both Hawthorn and Geelong will also take place, as they look to lock up a top four position before they both face tough challenges in their final two games.

Round 14 action kicks off with Casey hosting Melbourne Uni. The Demons come off a solid victory over Carlton, as they improved their record to five wins from 11 matches. Sitting two and a half games out of fourth place, the Demons will be looking to continue their momentum against a struggling Melbourne University side. Eden Zanker starred again last week, as she continues to be a huge positive in an otherwise disappointing season for the side overall. Kate Hore also turned out another strong game as she continues to build some good form. Melbourne University, who is fresh off the bye, is looking to close the season on a high and move its way up the ladder. Vic Metro midfielder, Madison Prespakis has been in great form for the Mugars, consistently racking up over 20 possessions. She will be joined in the side this week with fellow state representatives, Rebecca Webster (Vic Country) and Libby Haines (Tasmania and Eastern Allies), who could cause some headaches for their opponents.

A massive encounter takes centre stage on Saturday as the ladder-leading Collingwood takes on the second-placed NT Thunder at Victoria Park. The teams met in Round 8, with the Pies getting the better of the Thunder in a blowout. The Thunder has since gone on to win its next five matches following the defeat and has kept pace with the Magpies, who have continued their undefeated season. Chloe Molloy will miss the game again this week in what could be a huge out for Collingwood, as well as Jaimee Lambert, who has been an impact player for them this season. Steph Chiocci played herself back into form last week with a strong 13-possession, two-goal performance in just her second game back from injury. The Thunder has been unbelievable in the past month and registered another blowout win last week against Williamstown. With dominant performances across the board, NT comes into the game in as good of form as anyone in the competition. Anne Hatchard kicked four goals and was extremely effective inside the forward 50 with five marks to go along with 15 possessions. She was complemented by fellow AFLW player, Emma Swanson, who was a ball magnet through the midfield with 27 touches. This is a huge game which will shape the entire season, as the winner will move into top spot with just two games remaining.

Darebin appears to be hitting its stride at the right time of year, but it may be too little, too late. Following a huge win over premiership fancies, Hawthorn, the Falcons take on the Southern Saints at home. A huge midfield match-up this week could see Falcons star, Elise O’Dea go head-to-head with Saints gun, Alison Drennan in one of the best individual match-ups of the season. O’Dea was prolific last week with 26 possessions, and continued what has been an incredibly strong stretch of play. Lily Mithen also continues to develop nicely and is playing a big part in the Falcons’ late season surge. The Saints enter the game with extreme confidence, having beaten the Bulldogs comprehensively last week to end their six-game winning streak. Alison Brown was dominant through the middle of the ground with 28 possessions, and Tara Bohanna also had an impressive outing up forward. Her three-goal haul last week pushes her into the top five goal kickers for the season. Although finals are out of the question for the Saints, they have the opportunity to play the spoiler role and end the Falcons’ season.

The Cats host the Bombers in the final game of Saturday action as they look to continue their premiership quest. Geelong sits in fourth position and will be looking to move up the ladder in the final three rounds, with this round especially looming as important. The Cats find themselves in a game they should be able to take care of business in, while the sides above them face tough competition as the Hawks take on the in-form Bulldogs and Collingwood battles the Thunder in a head-to-head match-up. A win for the Cats allows them to close the gap on those above them and push towards a home final. Essendon continues to struggle with just one win to its name at this point in the season. A strong second half against Collingwood last week should give the Bombers the belief that they can hang with the best teams in the competition, with it just being a matter of putting together a full four quarter effort. Tanya Hetherington has been fantastic for the Bombers in recent weeks and will once again be a key performer if the Bombers are able to pull off one of the upsets of the season.

Sunday action kicks off with Richmond taking on Williamstown down at Tigerland. In a game with no impact on finals, both sides will be hoping to end their respective losing streaks and build some momentum heading into next season. The Tigers come in on a six-game losing streak and will need to bounce back following their worst loss of the season last week in a 10-goal loss to Geelong. Richmond’s forward line continues to be an issue, kicking just one goal last week, in what has been a poor stretch offensively for the team. Two big ins should boost the Tigers’ chances with Lauren Tesoriero and Christina Bernardi making their return to the line-up. Williamstown has just one win to date, with that being in Round 4 against Richmond. The Seagulls are also coming off a poor performance last week, losing by 45 points against the Thunder. The consistency from their middle to low-end players continues to be an issue with Jess Duffin and Jenna Bruton continuing to carry the load, with more help required from their depth. With games against Essendon and Melbourne University to follow, the Seagulls have an opportunity to close the season out strong and put some wins together heading into the off-season.

The Bulldogs saw their magical winning streak come to an end last week in a poor performance against the Saints. The Dogs were simply noncompetitive after the first term and have put themselves in a vulnerable position with only three games remaining. Needing to win their remaining games, as well as have results go their way, finals now look unlikely for the champions of the AFLW. The Dogs will need a number of big outings across the board and will hope that their inclusions this week, lead by Deanna Berry and Bonnie Toogood, will have an immediate impact in their entry to the side. The Hawks find themselves firmly entrenched within the top four and have the opportunity to officially clinch their finals berth with a win this week. They will be looking to bounce back following just their third loss of the season last week in a thriller against the Falcons. Emma Mackie returns to the line-up in what should be a boost to the team and help cover the loss of Melissa Kuys, who will be a key out.