Passionate Hamilton keeps up with “crazy” fast pathway to the top 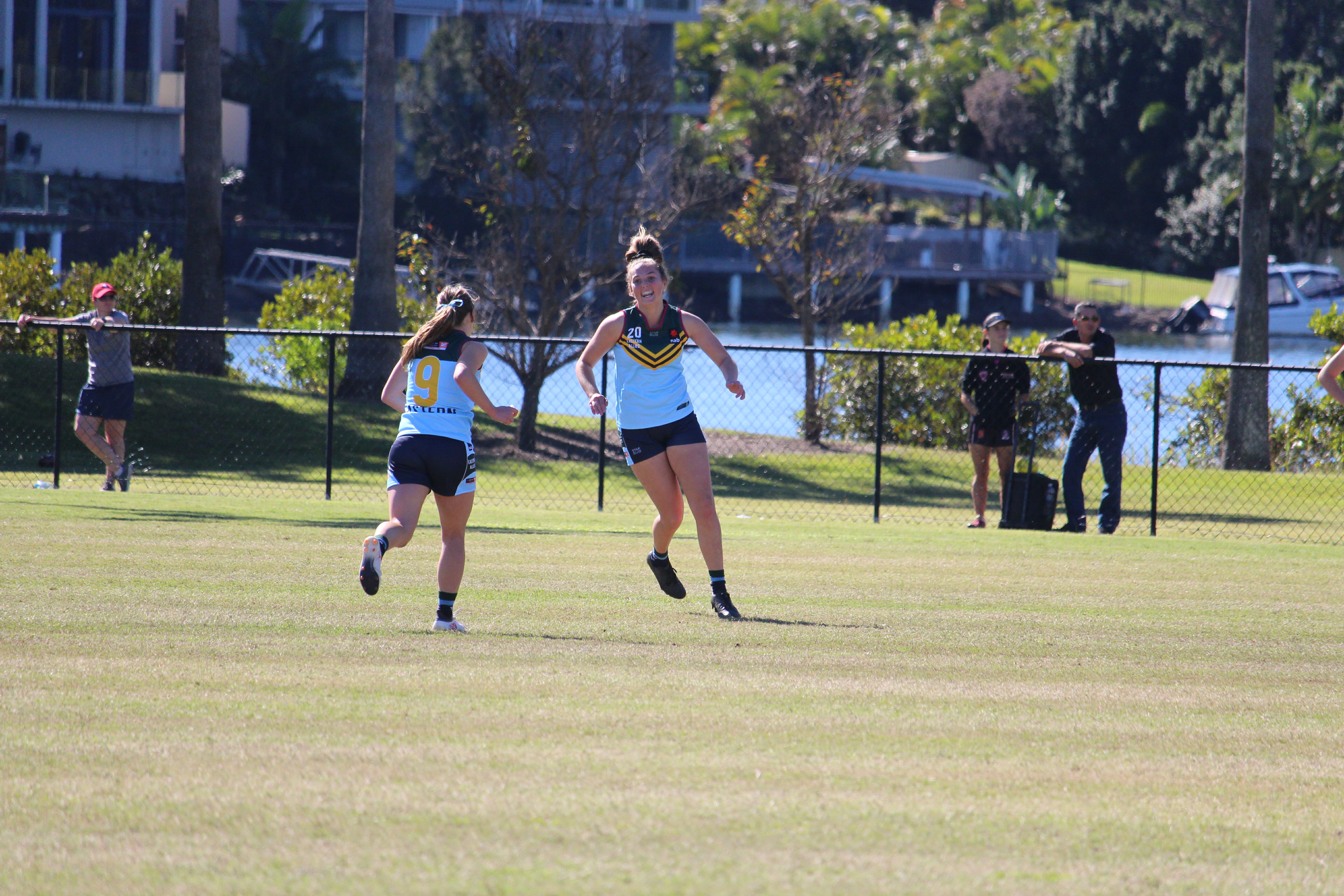 FROM the freezing mornings out on icy grounds in Canberra, Alexia Hamilton has always had a passion for Australian Rules football. The pathway was not there at first, but when it came about, she grabbed it with both hands and has not let go.

“As a young girl I always admired playing AFL, but there was never really an opportunity for me to play,” Hamilton said. “So I played a couple of sports, soccer, basketball, I come from a Judo background as well, so bit of martial arts as well. “Then my brother, he was playing at the time – he still does – and I was down at a local training, and the coach came up to me and said ‘do you want to have a kick?’ and I was like ‘I’d love to have a kick’ and from there it’s just been achievements, goals and just been a really great step in the future.”

Hamilton said the game had come along in leaps and bounds and it was hard to believe just how much it had grown in her years in the sport.

“It’s crazy,” she said. This game was so fast and so evolving especially with AFLW now, but it’s been hard to keep track, and with it its been very fast and a very quick journey but it’s been totally worth it so far.”

For Hamilton, like so many other aspiring female footballers, having the pathway gives those who love the game, an “end-goal” to strive towards in the future.

“Coming from the bottom where there was no pathway at all, even for Youth Girls, and now the pathway is almost finalised, it’s an incredible feeling just to have that end-goal, and when you get there it will just be amazing. It’s a dream for any footballer, really,” Hamilton said. “I just love the competition, the fun, the teammates, the family, everything comes out of this place. “Just the entire game you can form so many more bonds, you can learn so much stuff and it’s just a complete enjoyment.”

Hamilton travels about 40 minutes to train for the Queanbeyan Tigers in the AFL Canberra competition, something she admits “isn’t too bad” considering the lengths of which other girls travel. She describes herself as “pretty lucky” to have found such a great club. Her development there and with AFL NSW/ACT has helped her adapt to the higher standard of play at the AFL Women’s Under 18 Championships, representing the Eastern Allies.

The versatile utility said it was tough to get to know some of the Eastern Allies players that they had never met before, less than 48 hours before they would run out on the field together.

“We all met on the Saturday night so having to all meet, (learn) names and then find out how the individuals play was a really big challenge,” Hamilton said. “It was a great opportunity for all of our girls to try and bond in a really tight, quick situation and then expected to play the next couple of days, so it was a great opportunity with the girls. “We all bonded really well and we had a fantastic time over the last couple of days.”

Hamilton describes herself as an aggressive player who enjoys body contact and laying strong tackles to win clean possession of the football. Her goal this season was to ensure her work rate remained high, and her discipline to keep minding her opponent, remained on track.

Like a number of Under-18 talents, Hamilton was able to represent the Southern Giants in the Winter Series, something she will never forget.

The 17 year-old said her pathway to the AFL Women’s Under 18 Championships, has been thanks to the development along the way, believing her skills were the biggest beneficiary of the AFL NSW/ACT program.

“My skills have improved out of sight,” Hamilton said. “I think my ability to read the play has been a lot better and my knowledge of the game. “Also probably my fitness has improved as well, I’ve been able to keep up with these ones (Eastern Allies girls) so it’s been fantastic.”

Outside of football, Hamilton enjoys Judo and Oztag in Canberra, but is yet to decide on a non-football career.

“At the moment I’m still at school,” Hamilton said. “So I’m just trying to get through the year, and then hopefully look at career options and hopefully the AFLW is one of those options.”

Hamilton said she was able to communicate well with her school and football clubs to ensure the right balance was met in her most important year.

“My school at the moment is very understanding of my commitments outside of my school opportunities,” she said. “So I’m currently training four or five days a week for just solely football and then obviously extra-curricular activities like gym and fitness activities. “It’s been a pretty full-on workload, but definitely worth it in the end.”

Her most fond memory is that of her first game, which sticks with her throughout her career, while her biggest inspiration is Sydney Swans talent, Isaac Heeney.

“I was in the freezing cold, my long socks and it was my first hit-out and it was a fantastic memory I’ll always remember,” she said. “He’s (Heeney) one that’s come through the program himself, being through the Rams himself. “Seeing him come out of it and being successful is a really good goal and you know it’s achievable. “Also you’ve got icons in the women’s everywhere – Daisy Pearce and Tayla Harris. “They’re all big names that I want to be like one day.”

Now Hamilton’s sights are firmly focused on joining the likes of Pearce and Harris in the AFL Women’s competition.

“I would love to be apart of that (draft) campaign,” Hamilton said. “Hopefully I’ll go through school and everything will be sweet and I’ll achieve my goals in that area and then besides that, keep going with local footy and hopefully win the championship or just keep improving with that ability.”