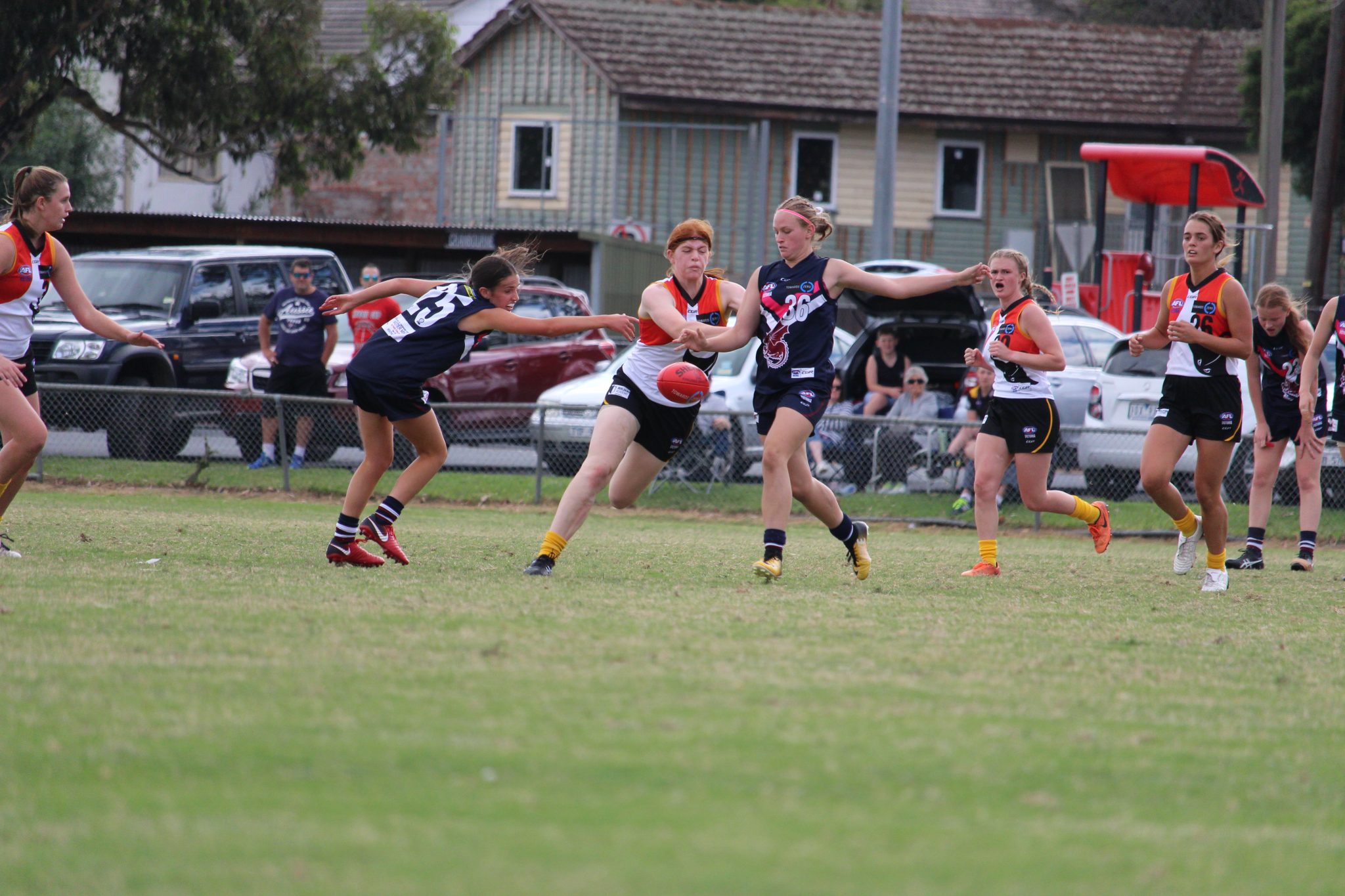 BEING the daughter of a man that has played and coached over 500 games in Melbourne’s south east region is no easy feat to live up to.

Throw in an uncle who is a former Victorian Football Association (VFA) player for Oakleigh, and you have one talented football family. But perhaps the most talented of them all is Sandringham Dragons captain, Jemma Owen.

Owen’s name became well-known when she booted a bag of 16 goals for her local team, Highett, and since that moment, has grown in leaps and bounds. The 18 year-old credits her improvement to the dedication of her late father, Kevin.

“So I got into footy through my dad,” Owen said. “My dad coached and played over 500 games. “Just going down to the ground with him and watching the boys play, I was like that’s what I want to do when I grow up, I want to play footy.”

Owen first picked up a football in a competitive environment at Auskick, where many TAC Cup Girls players discovered their love for the game. After playing with the boys for many years, the Sandringham skipper grasped the rising opportunities for females at the time, and reflected on how the pathway has grown over the years.

“Definitely coming through the ranks and going through Auskick and everything to playing with the boys, they’re kind of like oh there’s a girl!,” Owen said. “Now seeing that there’s so many girls playing and having the opportunity to come through is really great.”

Before she started to take her opportunities in football, Owen did athletics for 11 years. She competed in discus and loved playing that sport, as well as many other sports, but football was always in the back of her mind.

“I wanted to do every sport under the sun,” Owen said. “Athletics was always there and I wasn’t bad at it, my thing was discus. “Obviously as I got older, the body started to get bigger and I was still small, and so I couldn’t compete at that level so definitely footy was the big thing for me.”

This year, Owen has been able to grasp an opportunity that not many players get to have. After four years playing in Dragons colours, she led the side in 2018 and was thrilled to do so.

“I’m very honoured to be picked as captain,” Owen said. “I’ve been playing with Sandringham for four years and finally getting the chance to captain them and playing under awesome captains is definitely a proud moment for me and definitely one I’ll remember.”

Another memorable moment for Owen came this year when she was selected in Vic Metro’s AFL Women’s Under 18 Championships squad. Owen featured in Metro’s match against Vic Country at GMHBA Stadium and was just glad to be selected in the first place.

“It’s definitely a massive honour (being selected),” the Dragons captain said. “I’ve probably worked for four years to have this opportunity and to be selected to play. “It’s an amazing opportunity and something I’ve wished for for a long time.”

The hard work has paid off as Owen is now a member of the Southern Saints’ Victorian Football League (VFL) Women’s team. The 18 year-old has played six games for the Saints this season and has thoroughly enjoyed the transition to VFLW.

What a wonderful story about a very talented ,special sportswoman