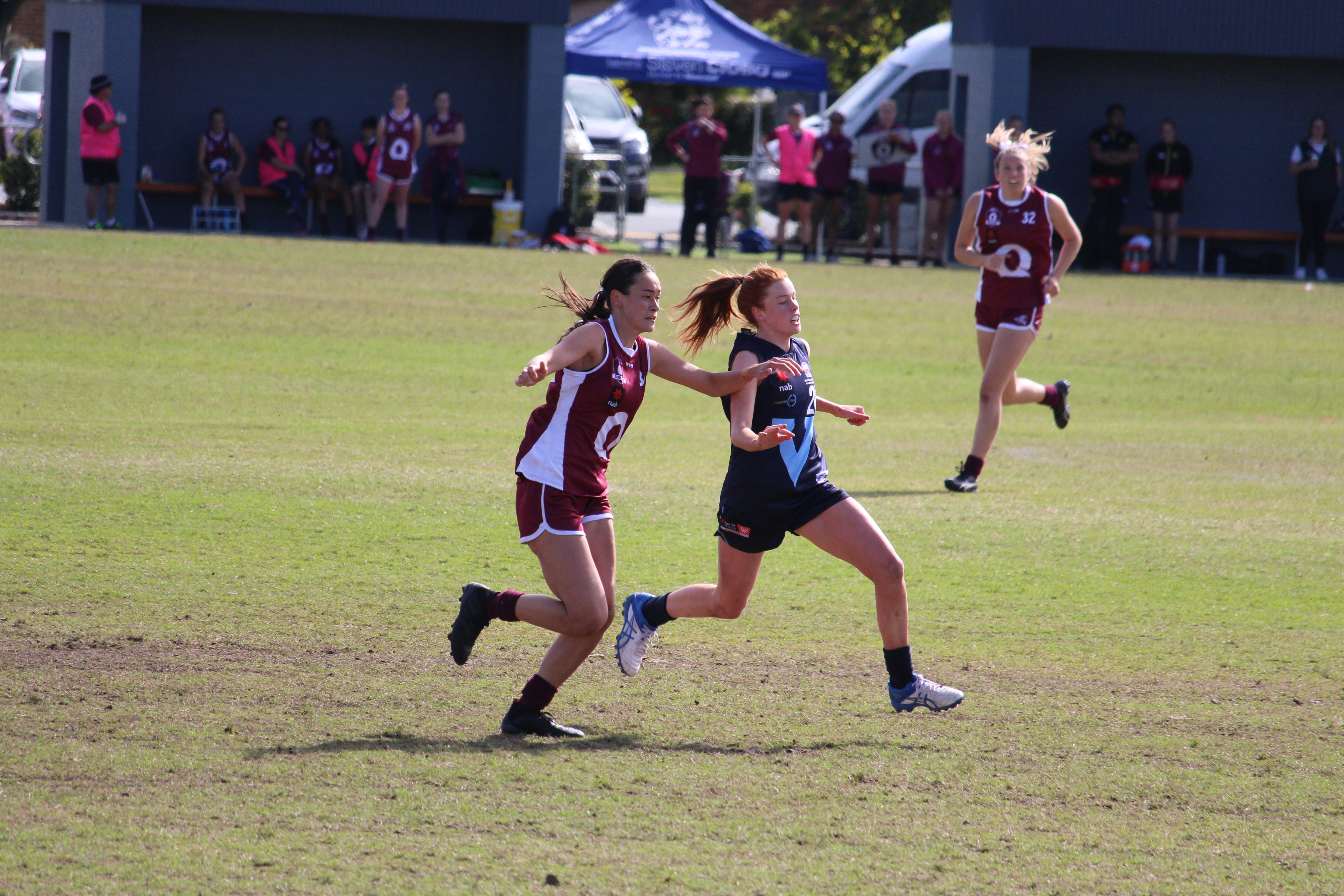 IN the final round of the season, the top three sides of the Queensland Women’s Australian Football League (QWAFL) asserted their dominance with three big wins. We take a look at how the final ladder finished up and a look ahead to finals.

Wilston Grange has finished the regular season with a bang, knocking off a determined Yeronga South Brisbane by 44 points to show exactly why they are deserving of top spot on the QWAFL ladder. The Devils had the Gorillas’ measure early, breaking even with two goals apiece and heading into the first break one point up. But that was about as far as they got with Wilston Grange putting the foot down in the second term, piling on four goals to zero and opening up a 23-point lead. Any chance of a comeback was soon squashed after half-time after a three goals to one third term pushed the margin beyond 40 points, before finishing off with a modest two goals to one final term. Delma Gisu and Michaela Campbell both booted three goals for the winners, while the goals were otherwise spread around for the Gorillas, with Queensland Under-18 representative Jacqueline Yorston one of five single goal kickers. AFL Women’s player Kate Lutkins was named the Gorillas best, along with Shannon Campbell and Catherine Svarc. For the Devils, Jade Ransfield booted two goals and was named in the best with Emily Bliss and Kaitlyn Cantrell.

Coorparoo has flexed its muscles to dismantle finals-bound Coolangatta Tweed on the eve of the finals series. Coolangatta Tweed have done enough to finish fourth, but the second placed Coorparoo outfit showed no mercy during a 85-point away victory. The visitors booted the only 10 goals of the first half, as they barely missed, booting 7.1 to the home side’s four behinds to lead by 39 points at the main break. Coolangatta Tweed managed to stem the tide in the third term, booting 2.2 to Coorparoo’s inaccurate 3.6 as their accurate goal kicking went amiss in the premiership quarter. It mattered little however, as Coorparoo stormed home in the final term to pile on six goals to zero and run out very comfortable winners. AFL Women’s star Jess Wuetschner booted six goals in a best on ground performance, while Jenae Govan also chipped in with three majors. Queensland Under-18 representatives Tori Groves-Little (two goals) and Jesse Tawhiao-Wardlaw (one) also hit the scoreboard, with the latter named in the best along with Emma Pittman and fellow Under-18 representative Jade Ellenger. For the losing side, Lucy Turney and Brittanny Brymer both booted goals, named among the best with Meg Whiticker and Leigh Alder.

Third placed University of Queensland locked up its place with an impressive 64-point win over Maroochydore on the weekend. The visitors were on from the first bounce, piling on eight goals to two in a huge opening term to already blow the margin out to 36 points. Over the next two quarter the Roos restricted the visitors to just four majors, including outscoring them in the third term with a two goals to one quarter. A final term of two goals to zero saw University of Queensland secure the big win and head into a semi-final against Coolangatta Tweed next weekend. Marnie McGorm and Maddison Wood both booted four goals, while Brisbane AFL Women’s player Gabrielle Collingwood also hit the scoreboard with two majors. Rachael Vetter, Claudia Wharton and Sharni Webb were named in the winning side’s best. Maroochydore had the three individual goal kickers, with Jessee Sills booting two majors and Taylah Day and Marybeth Banks kicking one each. Sills was named among the Roos’ best with Claire Croyden and Rachel Crack.

Next weekend, Wilston Grange takes on Coorparoo for a spot in the grand final, while the loser will face the winner of the cut-throat semi-final between University of Queensland and Coolangatta Tweed.

Burleigh upstaged Broadbeach at home to win by just eight points and advance through to the semi-finals. The fifth placed Bombers led by just one point heading into the final term, but managed to hold on with a great last quarter goal, while keeping the Cats scoreless, to get the win. Pia Plagens and Lydia Pingel were named the winners’ best, while Tara Smith and Madeleine Watt were the Cats’ top players in the loss. Meanwhile in the other game, third placed Moreton Bay proved too good for the sixth placed Kedron to advance through to the semi-finals. Amy Higgins booted two goals for the winners, while Under-18 representative Lily Postlethwaite was named best on ground yet again, scoring a goal for the winners. Massa Kesselly and Sophie Anderson were named Kedron’s best in the defeat.

Next week, Moreton Bay faces Burleigh in a do-or-die semi-final, with the winner to face the loser of Coorparoo and Aspley Hornets in the preliminary final the week after for a spot in the decider.