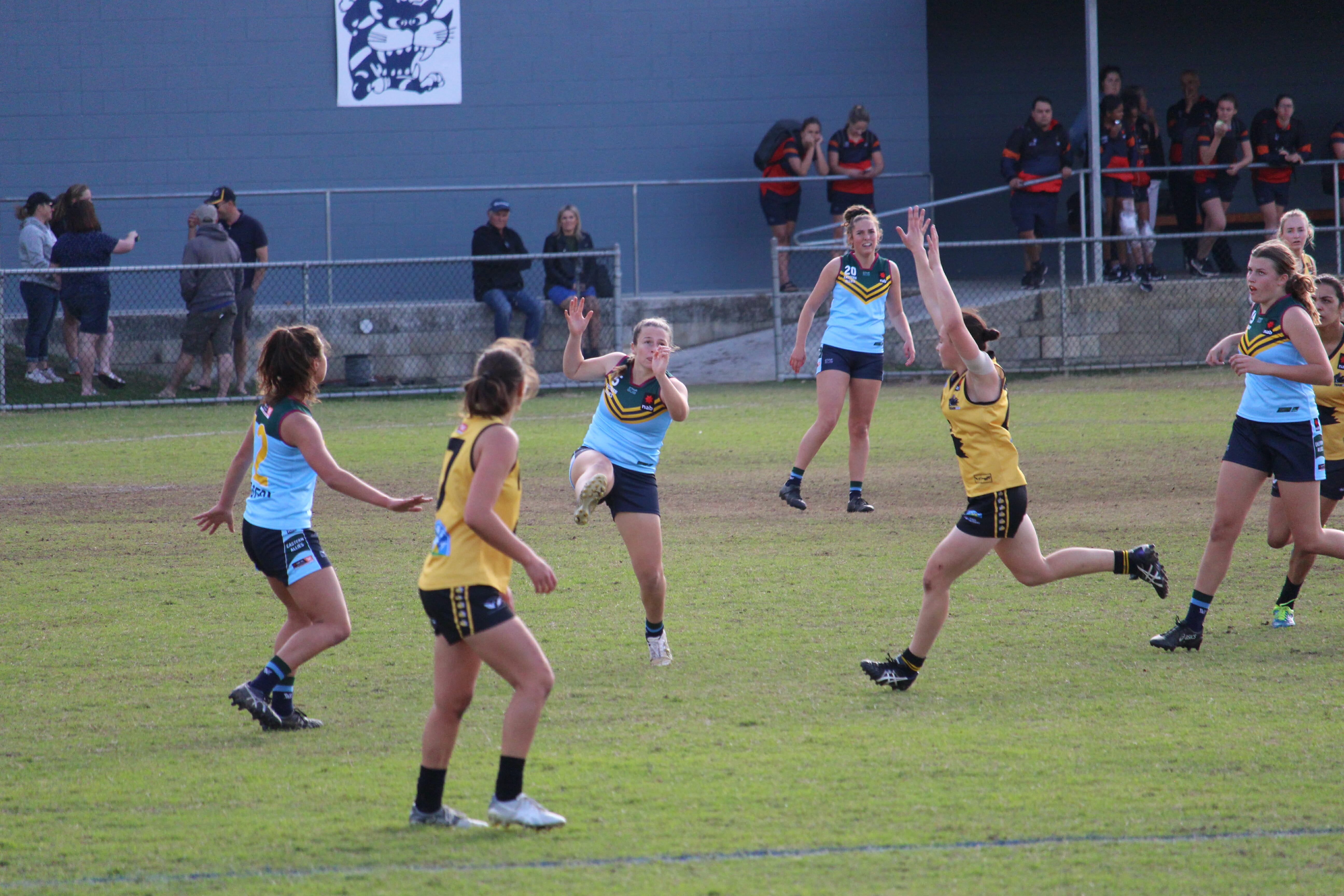 THERE were wins a plenty and a couple of best-ons for the New South Wales/Australia Capital Territory (NSW/ACT) Under 18 players across the region’s leagues. We dissected the games and noted some of the action that occurred over the weekend.

Angela Priftis continued her solid run of form in the AFL Sydney Women’s Premier Division, being named second best in the Auburn-Penrith Giants’ win over Newtown. Meanwhile, the team that’s one place below the Giants on the ladder also got the job done on Saturday. Young star, Jemima Wrigley featured in the Southern Power’s 45-point win over the UTS Shamrocks and contributed well. The Power was able to bounce back from a 67-point loss last week to sit in the top four at the end of Round 15. Over in Division One, NSW/ACT Under 18 representative, Brenna Tarrant was named best on ground for the East Coast Eagles in their 12-point win over the Pennant Hill Demons. Tarrant made her return to the side last week and it didn’t take long for her to hit her strides.

In the Sydney Harbour Youth Girls Division One, Zoe Hurrell got on the board with a goal in the Willoughby-Mosman Swans’ loss against the Kellyville Rouse Hill Magpies. In this match, Hurrell and Alice Mitchell went up against fellow state representatives, Georgia Garnett and Emily Hurley. Hurrell and Mitchell’s Kellyville Rouse Hill Magpies sit third on the ladder while Garnett and Hurley’s Willoughby Mosman Swans are on top.

Ahlani Eddy’s Sawtell Toormina Saints got another win under their belt in the AFL North Coast, defeating the Port Macquarie Magpies by 32 points. Eddy’s Under 18 NSW/ACT teammate, Lillian Doyle was also involved in a win on the weekend, as the Grafton Tigers defeated the Macleay Valley Eagles in the AFL North Coast Youth Girls competition. The Tigers sit second on the ladder on nine wins and four losses, and are just one point away from the Coffs Harbour Breakers at the top of the table.

In the North East Border League, star midfielder, Alyce Parker had the week off due to her Thurgoona Bulldogs winning the qualifying final last week. The Bulldogs will face the Wodonga Raiders in this weekend’s Grand Final, after the Raiders smashed the Panthers by 51 points on the weekend. Wodonga finished fourth on the ladder but made it to the Grand Final, making for a very intriguing contest on Sunday.

Over in the Shepparton and Districts Junior Football League, Eloise-Ashley Cooper benefitted from Finley’s bye, as she was named the best on ground for her side. The Cats defeated Echuca by a whopping 78 points and the Murray Bushrangers star was solid all day, contributing a goal in the big win.