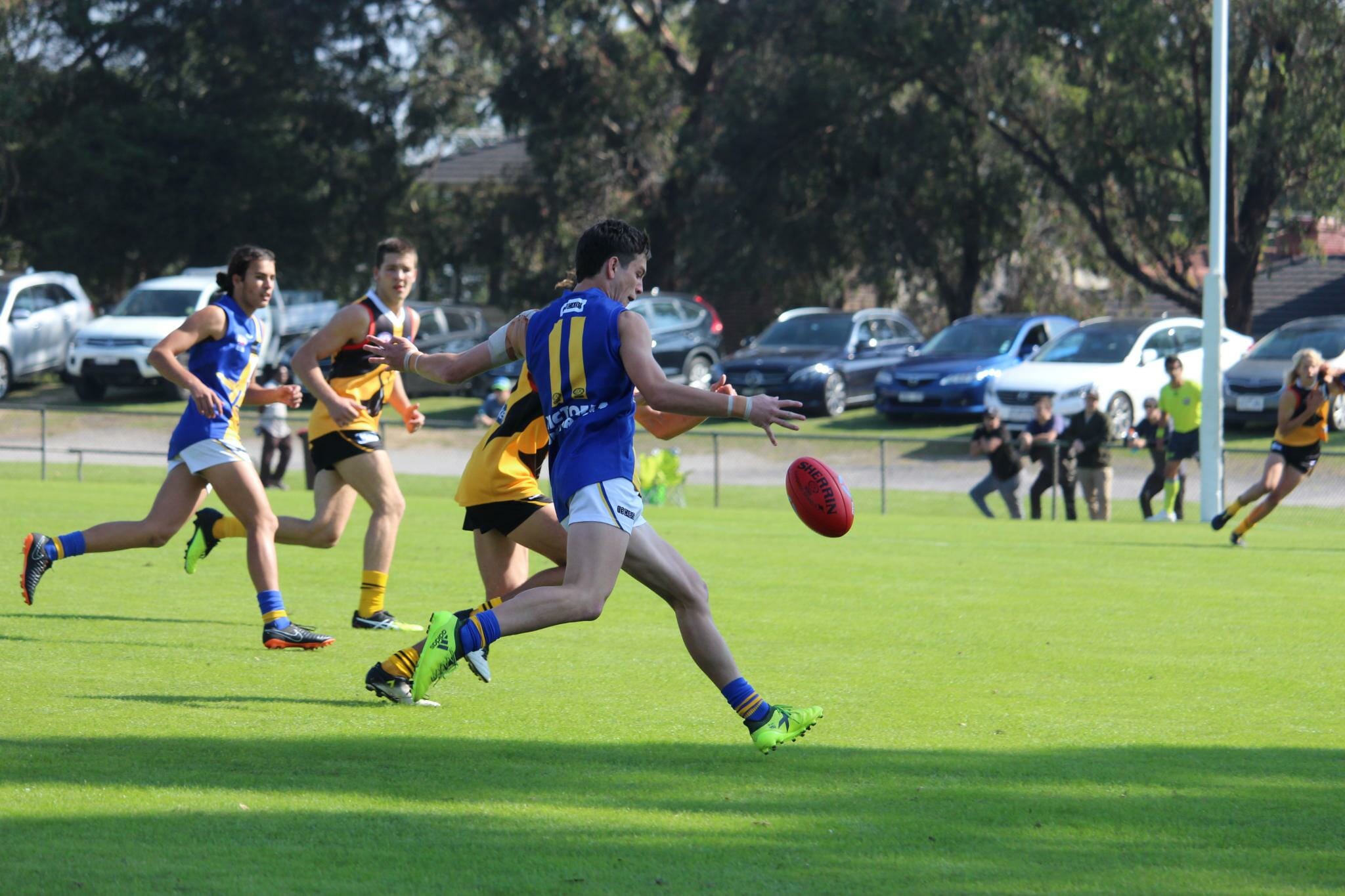 HAVING been involved with the Western Jets since Under 15s, the exciting Zak Butters has become a familiar face at the club and has become equally as important to the side in the same time. While his final TAC Cup year is over due to shoulder surgery post National Under 18 Championships, he will still be a highly regarded player, earning a National Draft Combine invitation last week.

Butters, who plays between wing and half-forward represented Vic Metro this year, backing up his efforts at Under-16 level, has had a sensational season in the yellow and blue.

“I started my junior football career at Darley Football Club. I started there in Under 10s, just developed all the way up through U12s, 14s, 16s,” Butters said. “I’ve been here since Under 15s, which is the first squad you can make. “I just worked my way up through the Western Jets U15s and made the Brad Johnson squad in the under 16s and then played some pretty good footy there, then played Under 16s Metro. “Got to pre-season the following year, played bottom-age Jets and now I’m playing top-age Jets.”

His main goal over the journey has been trying to add weight to his light frame, which at the start of the season weighed in at just 70kg. The 178cm livewire has some eye-catching moments with his speed and agility in transition going forward among some of his strengths on the field.

For a player who has become a regular on the field for Western, Butters admits he has a regular routine which he adheres to every week.

“Before the game, I’m normally  in bed really early before a game and have the same dinner before a game every night, the same breakfast and the same prep going into a game,” Butters said. “Powerade, things like piklets and just the little stuff.”

After a game, Butters is equally as diligent in searching for feedback and self-appraising his performance.

“After a game, when we get our vision back and stats, we watch the whole game and then I do my own feedback and see what I can assess whether that be options,” Butters said. “At school during the week I do vision with Torin (Baker, Western Jets coach) to get more feedback.”

Butters said his goal was to become a permanent midfielder despite enjoying “mixing it up” between midfield and forward. However, he concedes there are things that will have to change to enable him to do that.

“Obviously being able to put on weight, being a bit fitter,” he said. “I want to move into a more permanent midfield role, but I need to put on some weight.”

Butters has also been working hard on making better decisions with the ball in hand deciding when to hold or when to “pull the trigger”. His ability to work closely with Baker at both training and school has helped.

“I go to Maribyrnong College with Torin, which is pretty good,” he said. “They understand footy wise and school wise. “I have the gym there so I can access that before and after school and at lunch times. “It’s pretty good balance. “I still find time for the important things like homework and study but then I still have fun and do things I enjoy which is football.”

While the dream of being drafted to an AFL club edges closer for the talented speedster, Butters is hoping to become a more rounded individual both on and off the field from his final TAC Cup year.

“Probably just develop myself, get a better understanding of me, how I work and how I learn,” Butters said. “Just build my character not just on the field, but off the field as well. “Just really improve my football and whatever the next step is, going forward steps knowing how I can improve my game.”

With the Jets seemingly headed towards a finals berth and still in contention for top four position, albeit needing results to go their way, Western will hope it can continue its good form from earlier in the season and become a threat at the pivotal end of the season. While Butters will not be able to help on the field, he likely will be working hard behind the scenes to improve his development as a footballer, and also his teammates.