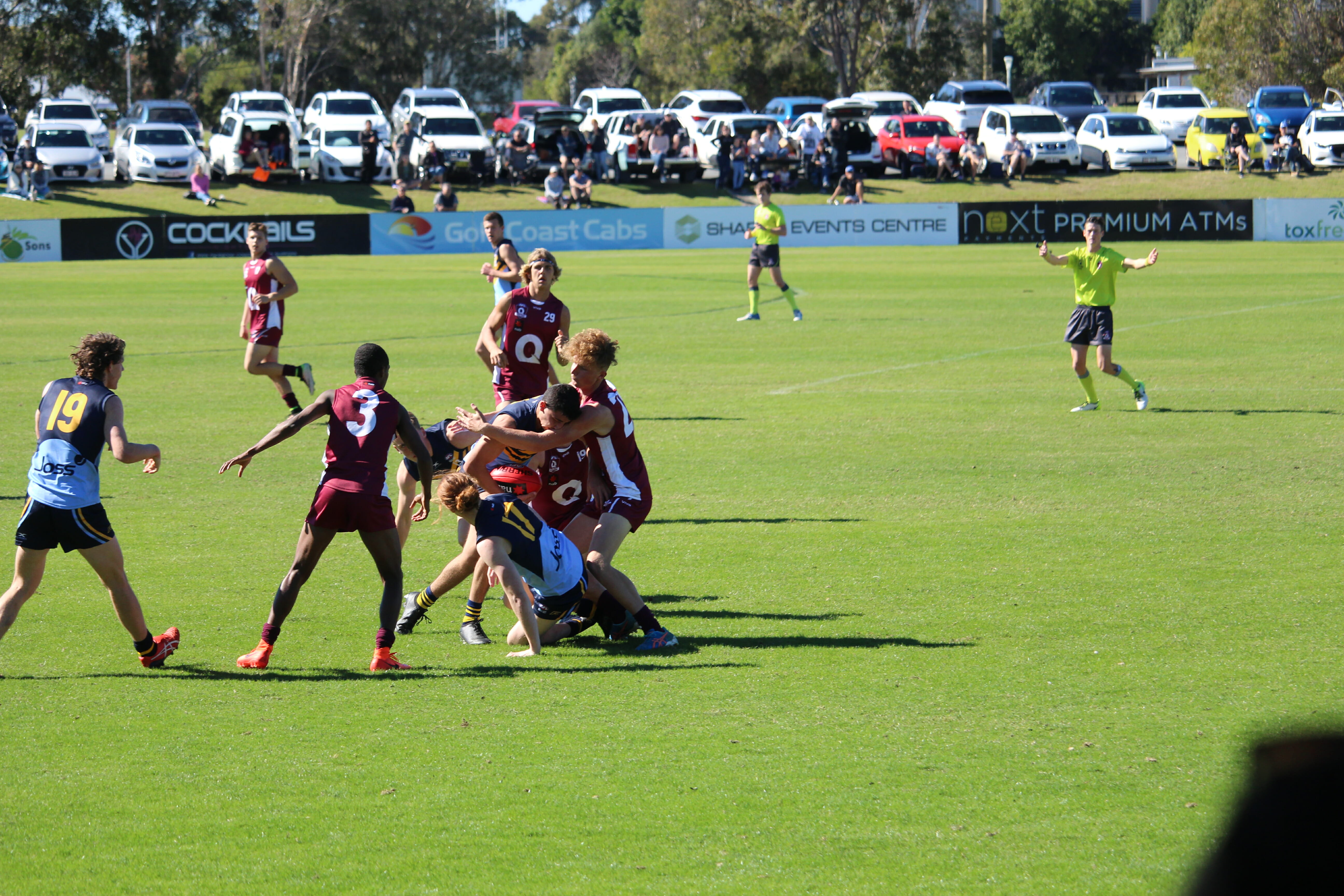 THE Under 17 Futures squad has been announced as they ready to face Vic Country and improve to a positive record in the series. Meanwhile, both of the Queensland AFL sides suffered losses and the another round of the Reclink Cup played out.

On Monday the AFL Queensland announced their Under 17 side to face Victoria Country in their third future series game was announced. The game will take place at IKON Park on Sunday, August 12. Queensland has one win and one loss so far, going down to Tasmania then beating NSW/ACT in Southport.

Lions and Suns go down

The Brisbane Lions and Gold Coast Suns both suffered losses in Round 19 of the AFL. Brisbane were brave for the first half in their 120-78 loss to Cats in Geelong. The Lions were right in the game at half time, only down 48-37 against a finals side. Unfortunately, the home side kicked away in the second half to tune of 11 goals to Brisbane’s six.

Two of Geelong’s favourite sons were the stars of the show. Tom Hawkins bagged seven goals whilst the ‘little master’ Gary Ablett amassed 38 disposals. For Brisbane, Dayne Beams continued a strong second half of 2018, collecting 37 disposals alongside Darcy Gardiner, Lewis Taylor and Dayne Zorko who got their hands on the leather for Brisbane. The Lions next face North Melbourne on Saturday afternoon at the Gabba.

In perhaps their most disappointing loss of the season, Gold Coast went down to fellow stragglers Carlton 79-44 at Metricon last Saturday night. Gold Coast came out hard taking a 14-point lead at the first change. From there though Carlton owned the game. The Blues kicked 11 goals to the Suns’ two over the remaining three quarters to run out 35 point victors.

Patrick Cripps bullied the Suns with 37 disposals and was joined by Marc Murphy and Kade Simpson who had 36 and 29 disposals each. Darcy Lang and Paddy Dow were also strong for Carlton, both kicking two goals apiece and getting a fair bit of the footy.

For Gold Coast, it was Jarryd Lyons again leading the way with 29 disposals. Will Brodie had a career high 27 disposals with Jarrod Witts winning the ruck battle over Matthew Lobbe with 60 hitouts and more than double Lobbe’s possessions.

The Suns have a tough game this week when they face the Melbourne Demons on Sunday afternoon from the MCG.

The Brisbane Lines took out the third annual Reclink Brisbane Community Cup on Sunday July 29, beating the Rocking Horses 6.7 (43) to 5.6 (36).

The Reclink Cup features some of Brisbane’s musicians and politicians squaring off to raise funds for Reclink.

The Reclink Community Cup will make its way all around Australia in August and September, playing in; Hobart, Adelaide, Sydney, Fremantle and Canberra.