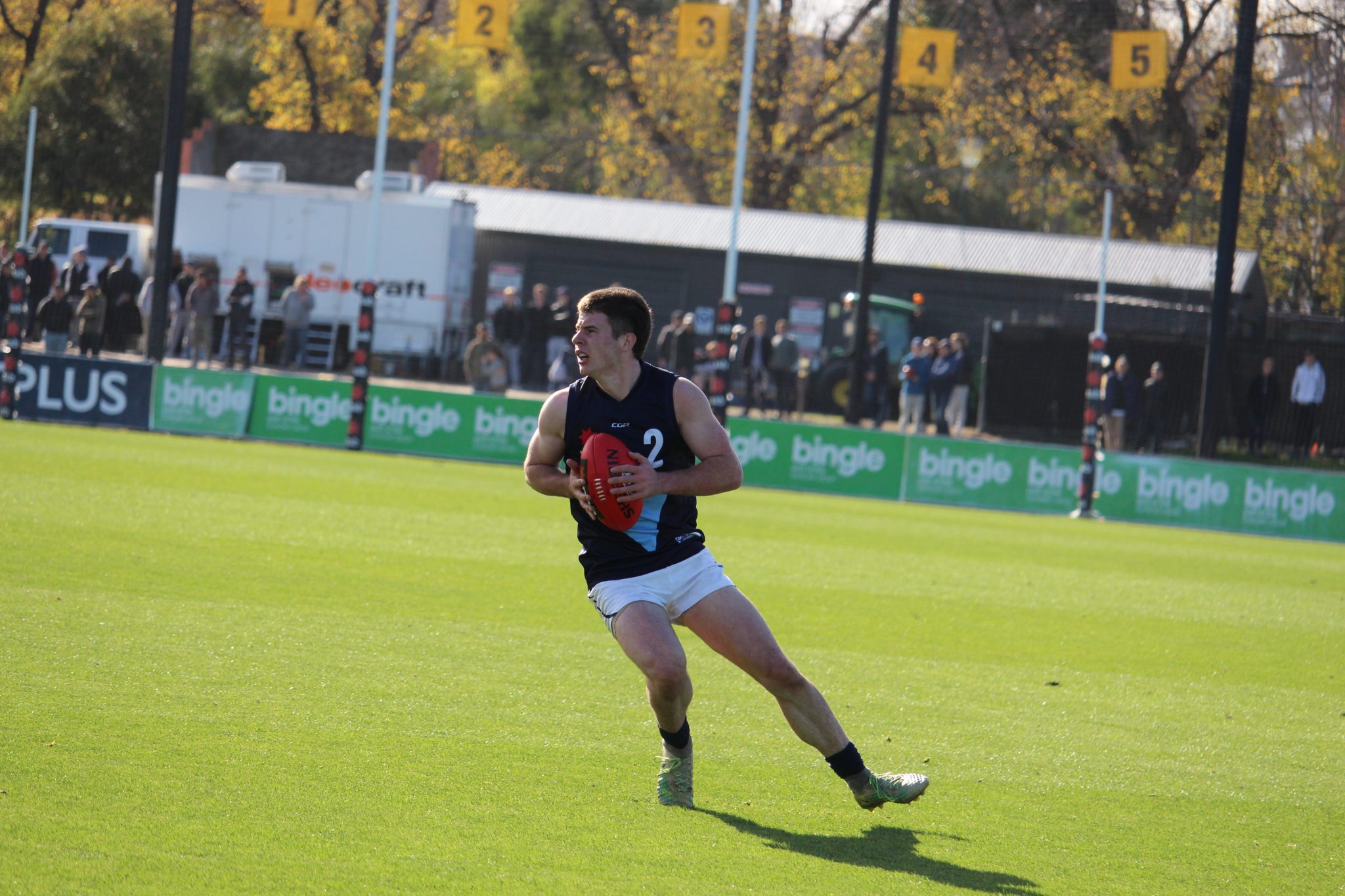 FROM amazing goals and individual hauls, to giant battles and impressive performances, there were plenty of memorable moments from last weekend’s football action.

It is probably the most controversially talked about ‘snag’ in recent history, but sometimes you just have to sit back and admire the football smarts from a first year player with that kind of goal sense. Whether it was officially a throw or not is all academic, because once he had kicked the goal, the review could not overrule a non-call from a field umpire. The goal stood and it is a highlight that will be replayed over and over again, much to the delight of the Tiger faithful and the rest of the football community. Well done, Jack Higgins.

Depth gets it done for Dragons

Sandringham Dragons cope with most of their best 22 missing throughout the year due to school football, relying on a lot of bottom-agers to come up and play roles in the team. It makes it difficult to get consistency in their performances, and with the finals approaching, every week is crucial. Last weekend, the Dragons defeated Bendigo Pioneers by eight points in a low-scoring affair, and while it was not pretty, the Dragons remain in contention for a top four spot with three rounds to go, and only one round without their key players.

Regardless of club allegiances, the top four clash between Richmond and Collingwood – the two sides with the largest membership base – saw an absolute thriller for three quarters, until Richmond did what it does best and put separation on its opponent in the final half an hour. The Tigers looked every bit the premiership contender as they have all season, while the Pies faithful would have walked away thinking that with a bit more luck and a few less injuries, they are just about there. If these two face off in a final, expect Melbourne to be rocking.

Their form over the past fortnight in particular has been as good as anyone, and now Salisbury is in a great position heading into the South Australian Women’s Football League (SAWFL) finals. They drew with minor premiers Morphettville Park last week, unlucky not to get the four points, and then knocked over Christies Beach to snatch third spot and remain in the hunt for second. While Salisbury is expected to win its final game, so is second placed Adelaide University, meaning Salisbury will likely face Christies Beach in a sudden death semi-final. But at least they will have the home ground advantage.

There’s consistency, and then there’s Kira Phillips. The goal-scoring machine has been an enigma for the premiership favourites Peel Thunderbirds in the Western Australian Women’s Football League (WAWFL). On the weekend against the lowly Perth Angels, she booted 10 majors, but remarkably it was not the first time she had done it. Earlier in the season she had booted 10 against East Fremantle, as well as bags of nine (South Fremantle), eight (Perth Angels) and two bags of six (South Fremantle and West Perth). If her 11 goals from four games to start the season looked solid, then her 76 goals from 15 matches has been massive. That means she has kicked 65 goals from her past 11 games – practically six goals a game. Wow.