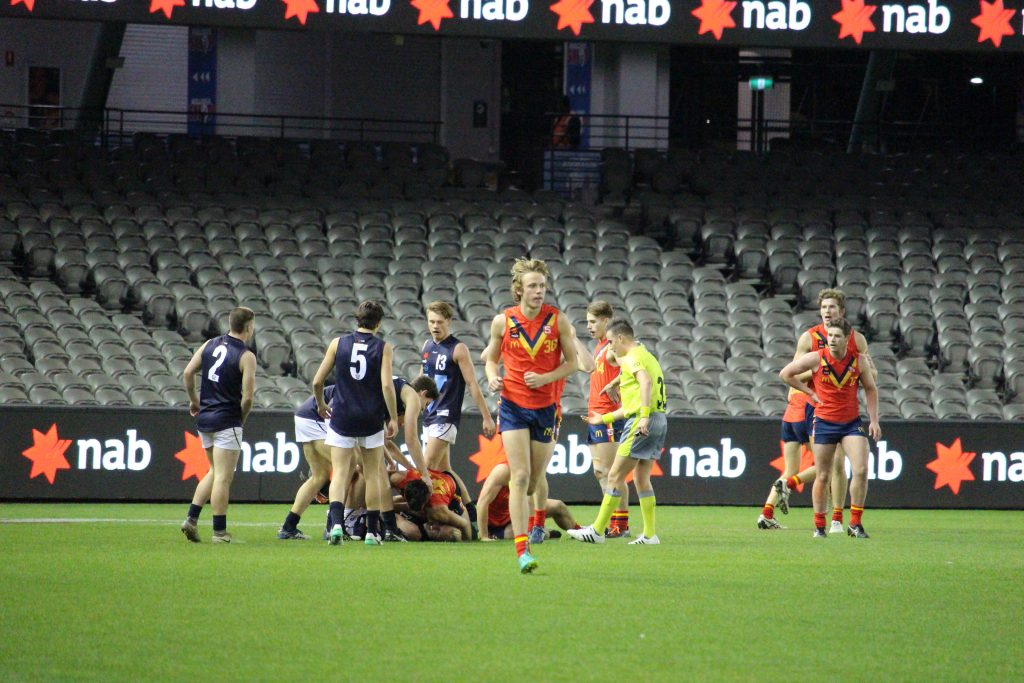 NORWOOD’S strong youth prospects made up more than one fifth of the initial 52-man South Australian Under 18 side named today. Norwood had 11 players named in the side, three more than South Adelaide, while Glenelg and Eagles had seven apiece.  West Adelaide had the least number of nominees, but provide one of the strongest South Australian prospects in Izak Rankine. Other talented Croweaters to watch for include Eagles’ star Jack Lukoisus, as well as North Adelaide duo Boyd Woodcock and Connor Rozee, Central Districts’ Jackson Hately and Norwood’s Luke Valente.

According to the SANFL website, the Under 18 coach Tony Bamford said the squad would be reduced to between 30 to 35 following an internal trial match at Thebarton Oval on May 13. Bamford also said there were a number of players unavailable for the upcoming National Under 18 Championships due to injury. These included Sam Whitbread, Luke Bogle and Eamon Wilkinson, while noting that three players – Reece Milsom, James Braidwood and Seb Schreiber were included in the squad despite missing the initial call-up to the South Australian Under 18 Academy.

South Australia opens its National Under 18 Championships campaign against Western Australia at home on June 3, before matches against Vic Country (June 17), Allies (June 29) and Vic Metro (July 4), with the latter two to be played in Geelong and at Etihad Stadium respectively.