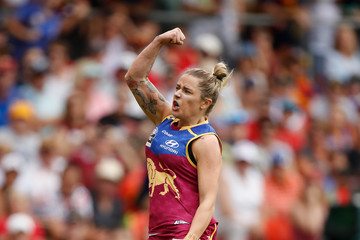 A BUSY week in Queensland football has been dominated by the women’s game, with more exposure and a growing list of clubs highlighting the effect of the Brisbane Lions’ success in AFLW.

This season will continue to see exponential growth in women’s AFL in Queensland, with an overhaul of the Queensland Women’s Football Association’s (QWFA) 2nd Division.

The grand finals for both the North and South divisions will be held on the final weekend of August.

These new additions are a showcase of how the fever of women’s AFL grips the whole state, promoting a strong future for the game.

In a notable step forward for Queensland AFL, the QAFL will now have a number of games live-streamed throughout the 2018 season. AFL Queensland announced that 25 matches across the 2018 QAFL season, in addition to all six finals matches, will be streamed live and free online.

At least one QAFL game will be streamed with play-by-play commentary per week on aflq.com.au, with an additional six games to be broadcast throughout the season to showcase the biggest clashes of the year.

As a result, AFL Queensland are now seeking voluntary commentators to call the streamed games. The selection criteria stresses that desired commentators will have sound interest and knowledge of the QAFL and a willingness to help shape the identity of the league. To express your interest in a position contact christopher.davis@afl.com.au for more information.  Applications close March 10.

AFLW Lions Remain at the Top:

The Brisbane Lions remain equal top of the AFLW ladder following a hard fought seven-point victory over the Fremantle Dockers. The conditions were wet and dreary at the South Pine Sports Complex, with over 150mm of rainfall in the 24 hours leading up to the game.

The first quarter conditions made it extremely difficult for both sides to create scoring opportunities, with the Dockers registering the lone behind of the term. It took until the second quarter for the first goal of the game to be scored, with Jess Wuetschner finishing smartly off the ground in the goal square from a Sabrina Frederick-Traub assist. The half ended with the Lions leading by 5 points.

Brittany Gibson extended the lead midway through the third term, converting a 40-meter snap around the body. The Dockers  managed one goal in the term thanks to Stacey Barr, keeping the score very close going into three-quarter time.

With the game at knife’s edge the whole day and into the final term, goal kicking maestro Jess Wuetschner came up clutch for the Lions. Wuetschner intuitively poked through another goal from the square to secure a Lions victory.

Brisbane will travel to Casey Fields Friday night to take on third-placed Melbourne, who suffered their second loss of the season to Collingwood in Alice Springs. This game promises to be another cracker, with two flag fancies facing off. First bounce is at 7:05pm (AEDT).

The Brisbane Lions will kick off their preseason campaign against the Sydney Swans on Saturday, March 3 at the Moreton Bay Sports Complex. Lions coach Chris Fagan will likely name a near full-strength side after the cancellation of the Lions’ second intra-club last Friday due to the wet weather.

The match holds much anticipation as it introduces big-name recruits Luke Hodge and Charlie Cameron, who may pull on the Lions jersey for the first time. Furthermore, this match comes quickly off the back of great success in the AFLX competition where both fresh faces and senior players showed great preseason form. The Lions’ team for Saturday’s JLT match against the Swans will be named on Thursday at 2pm AEST.

The Moreton Bay Sports Complex will also host a curtain raiser to the Lions and Swans fixture. Local rivals will square off in the Councillors Cup when the home team Moreton Bay Lions play the Redcliffe Tigers in a showcase of Moreton Bay AFL. The game begins at 12:30PM.