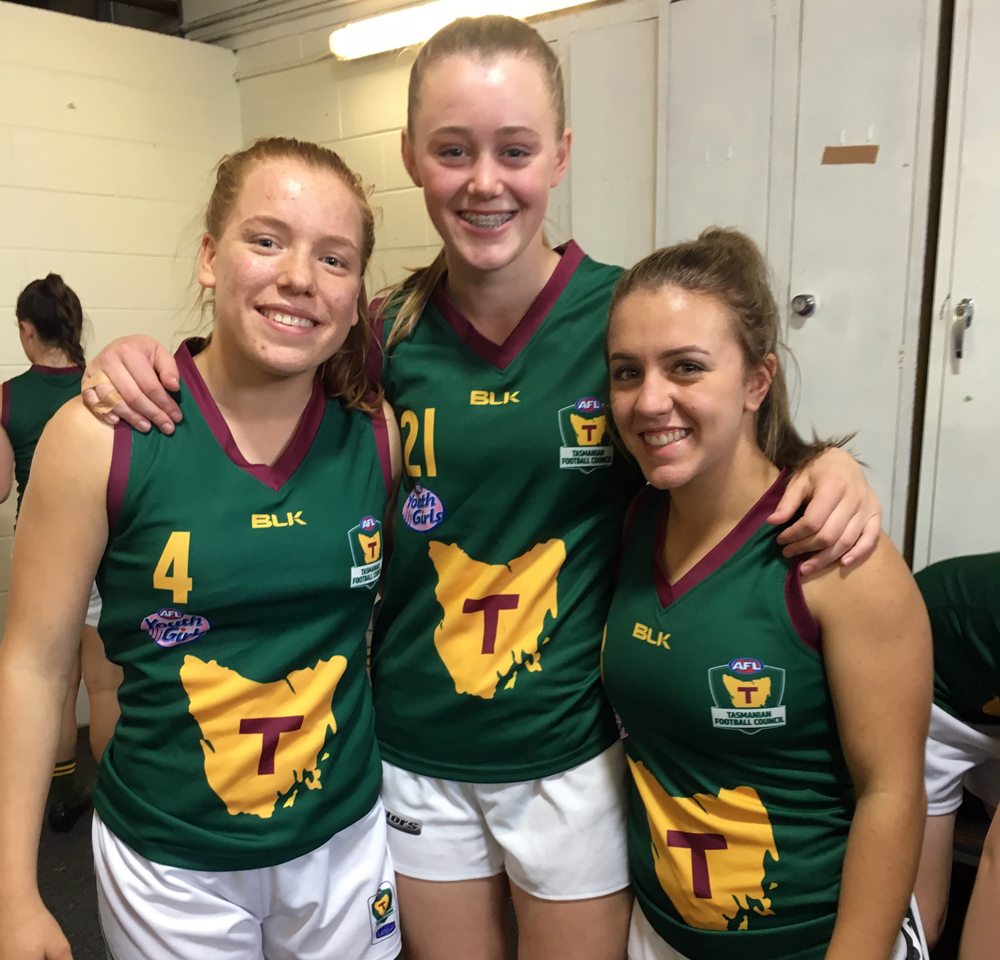 A NEW pathway for aspiring AFLW players has opened up in the form of the Wrest Point TSLW Under 18 Development Series. The series is a talent identification competition, which will assist TSLW clubs ahead of list confirmations for the 2018 season. It is also the first phase of the state academy, and about 30 players from the development series will be inducted into the state youth girls academy, which will form the basis of the state under 18 team which participates in the AFLW Under 18 National Championships.

“This is a major step forward in the female talent pathway in the state and the cliubs engagement with this new program has been outstanding,” he said. “We have learnt a lot from Victoria’s TAC Cup model and are very appreciative of the time Darren Flanigan has given to help Tasmania in this space.”

Clubs have been provided a lesson plan and a coaching education session to ensure it is not only a player development program, but also assisting the future female coaches within the Tasmanian system. Results will not be kept from the development series to ensure a development focus is created. Clubs, coaches and state academy selectors will therefore be able to discuss positional play to help identify each of the players’ true talents, not what helps the team achieve a victory. Best players will still be announced for each of the games.

The six competing teams are broken up into northern and southern conferences, with two round robin days a fortnight apart to face each of the other two conference sides in shortened matches. The six teams then convene in a statewide carnival to play one side from the other conference on March 25 to conclude the series

Burnie – Libby and Chloe Haines. The twin sisters are AFLW Academy members and entering their draft year. Crossing over from basketball, their strengths are their athletic ability and reading of the play. Libby can play through the midfield or at half-back, while Chloe is an inside midfielder who can also play a key forward role.

Clarence – Netty Garlo. She starred for Tasmania in the All Nations Cup last October, and has elite pace and agility. She can play through the midfield and is dangerous up forward.

Glenorchy – Holly Ryan. An elite kick who is a former soccer player. Ryan has played most of her football at centre-half back, although she can have an impact in the ruck.

Launceston – Mia King. An exciting inside midfielder who has made a quick rise up the ranks and was a late addition to the Allies team last year before advancing to the All Stars game at Etihad. At only 16 years-old, she has a long career ahead of her.

North Launceston – Raigan Kettle. Entering her second season in the game, she will hopefully progress to the state under 18s team. Kettle is a smart flanker who knows how to make space and the right decisions with ball-in-hand.

Tigers – Hailee Baldwin. She has been a star in the local youth girls competition with great speed and endurance, and is finally age eligible for state academy programs.