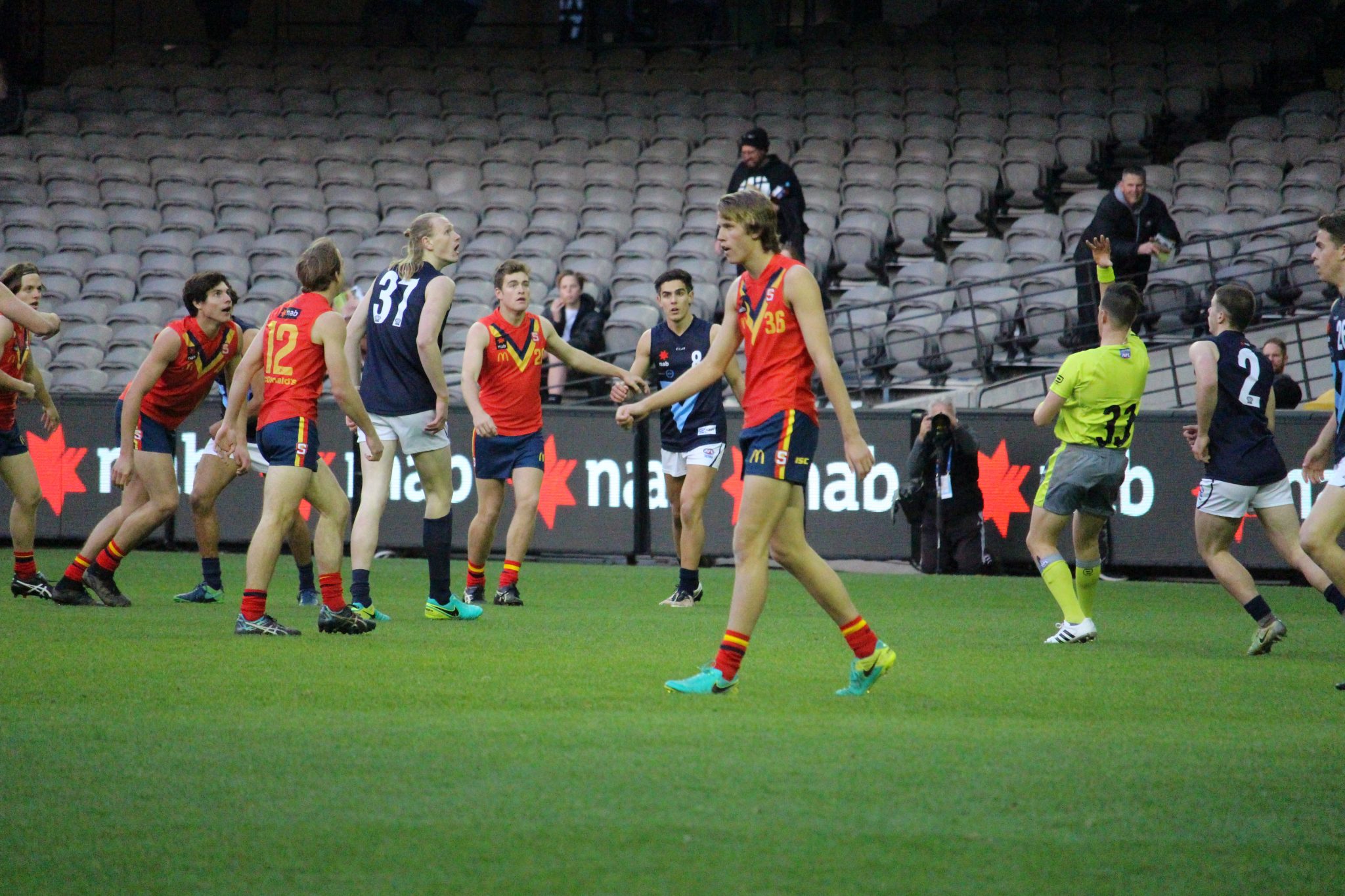 SOUTH Australia’s top under 18 Academy players had their first proper hit-out for the year with an internal trial game on the weekend, with potential number one pick Jack Lukosius having a day out.

The top South Australian National Football League (SANFL) aspiring draftees were divided up in Saturday’s trial which was held at Richmond.

A host of AFL talent scouts were in attendance to watch this year’s crop of potential SA draftees show their skills. Talent identification is a patient business, with three of South Australia’s 2017 AFL drafted players not even selected to participate in the equivalent game last year, instead making their mark throughout the season.

Players were split between Yellow and Blue sides, with all players rotating through several positions over the game. The Yellow team was victorious by six points.

The game produced some stand out performances, none more so than Woodville-West Torrens player Jack Lukosius, who was flawless and controlled the game from both centre half back and the wing. His class was at an AFL-ready level with 25 possessions and 14 marks, and his ability to adapt to new roles was highly impressive.

St Peter’s College and Sturt Yellow team player Tom Lewis raised his draft stakes, clocking up a game high 17 tackles – all of which were felt by the opposition – matched with a balanced inside/outside game of 19 possessions. Fellow Yellow and Sturt player Mihail Lochowaik was amongst the best in a powerful rebounding effort which included 23 possessions.

Others from the Yellow team to show promise were Donnell Tucker with his classy four goals, and AFL Level 2 Academy member Hugo Munn, who finished with two goals along with Glenelg’s Oscar Lovelock and North Adelaide tall James Langley.

The Blue team had a more even spread of contributors with classy Central Districts forwards Jackson Hately and Malachai Ahmatt-Lovett booting three goals and looking dangerous whenever the ball was in their area.  The work ethic of South Adelaide midfielder Tom Sparrow was highly impressive, while North Adelaide’s Boyd Woodcock and Central’s Aaron Nietschke were consistent all game.

It was a promising start for South Australia’s 2018 path to the AFL National Championships, with plenty of depth in the squad making for an exciting campaign. All players now return to their SANFL clubs, and in addition to those who played in the game, another eight to 10 are on the radar for selection alongside a handful of over-age players.

Full stats can be found on the SANFL website.