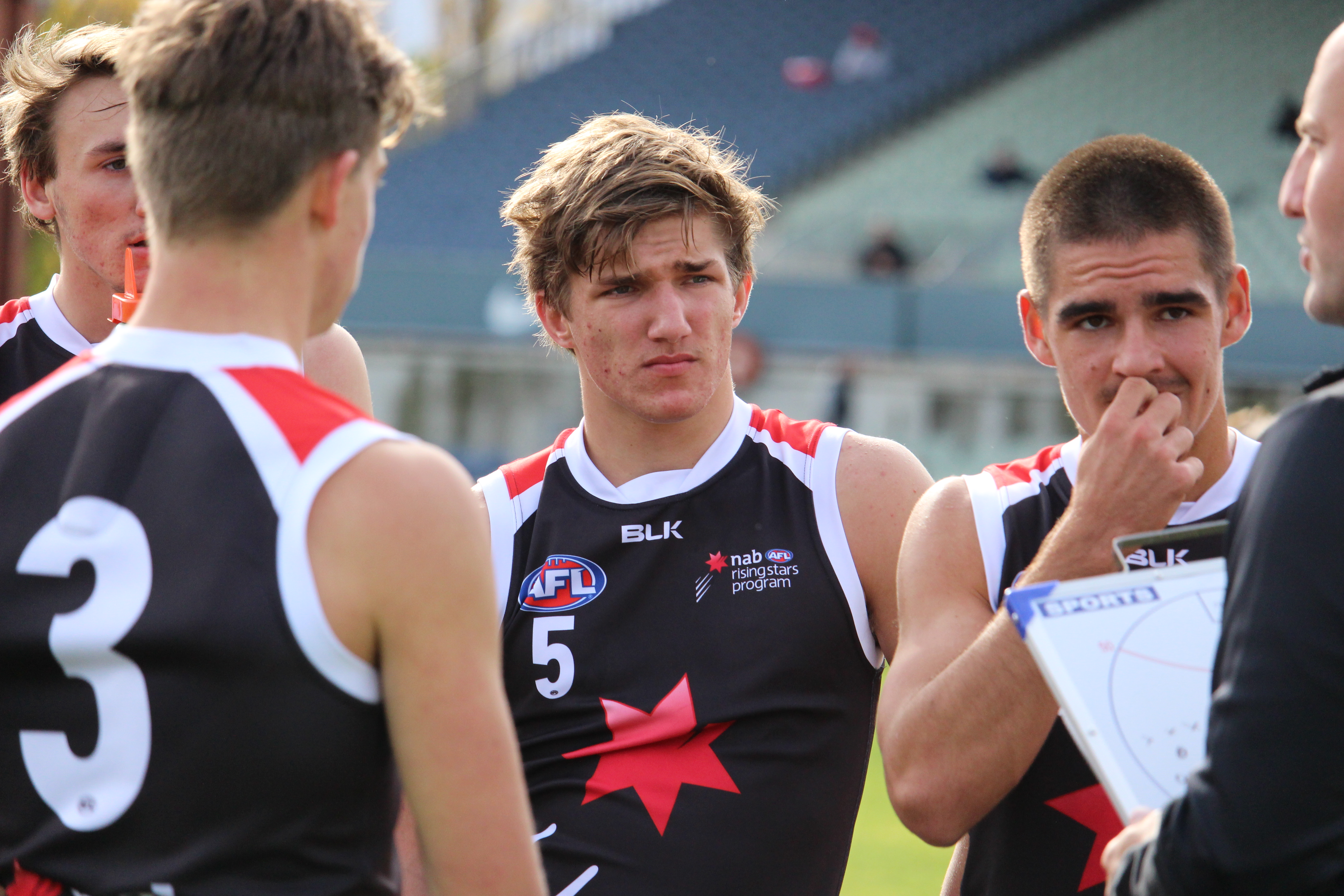 THE past week in Queensland footy has been highlighted by the success of the Brisbane Lions’ mens and womens teams, along with big news for the Queensland Women’s Australian Football League (QWAFL) competition in 2018.

Sensational Saturday for the Lions

The Brisbane Lions could do no wrong on Saturday – the women ran out convincing winners over Carlton in their AFLW clash, while the men won the night three fixture of the new AFLX competition in Sydney.

The Lions came into this match against ladder leaders Carlton in fourth place, looking to legitimise their status as premiership contenders. The first quarter was a low-scoring affair with the Lions heading into the break leading by just the one behind, despite a 12-5 advantage in inside 50s.

The goal drought was broken 13 minutes into the second term when Lion Kaitlyn Ashmore converted the only goal of a tight and scrappy quarter. At half-time, the Lions were up 1.2 (8) to Carlton 0.2 (2).

The Lions came out swinging after the main break. Just 90 seconds into the third term, prolific goal kicker Jessica Wuetschner showed off her skill with a trademark left foot snap from the boundary. A few minutes later, Brittany Gibson marked and drilled a 30-metre shot to suddenly give the Lions a three-goal lead, crushing the Blues’ spirits.

The Blues managed their first goal 14 minutes into the third term when Maddison Gay found herself on the end of a handball in the goal-square and converted, cutting the lead to 11 points at the last change. The final term went all the Lions’ way, kicking three more goals to the Blues’ one to run out 22-point victors.

The Lions and Blues have now traded ladder positions after round three. Looking ahead to round four, the Lions will face fifth placed Fremantle on Saturday February 24 at 3:35pm in front of their home fans at the South Pine Sports Complex.

The Brisbane Lions AFL side have kick-started their year, surprising almost everyone by winning night three of the new AFLX competition. They join the Adelaide Crows and Melbourne Demons in winning their AFLX fixture.

Experienced campaigners Daniel Rich, Mitch Robinson and Tom Bell provided enormous presence in all three games, using their football smarts in the frantic-paced games. Following a recent history of shoulder issues, Allen Christensen enjoyed his return to the AFL scene showing off his creativity in front of goal, which Lions fans hope he replicates throughout the AFL season.

There were also notable and consistent contributions from young guns Ben Keays, Jacob Allison and new draftee Zac Bailey. Both the young and older Lions players produced three games of quality, which is sure to give the organisation and fans more to look forward to as the season soon kicks into gear.

The 17-round season sees the inclusion of new team Bond University, rounding out the seven teams competing.

QWAFL Competition Manager, Fiona Jones, says the fixture will bring out the best of women’s football in Queensland. Talking to AFL Queensland she said, “there’s plenty of anticipation off the back of the thrilling Grand Final last year between Yeronga and Coorparoo, the continued success of the Brisbane Lions AFL Women’s team and the increase of participation numbers at QWAFL clubs around the south east region.”

The QWAFL will take another step forward in 2018 with all matches to be filmed, giving clubs access to vision for talent development and identification purposes. The new season goes straight into top gear with the grand final rematch between Yeronga and Coorparoo in Round 1.

Round 1: Grand Final rematch between Yeronga and Coorparoo