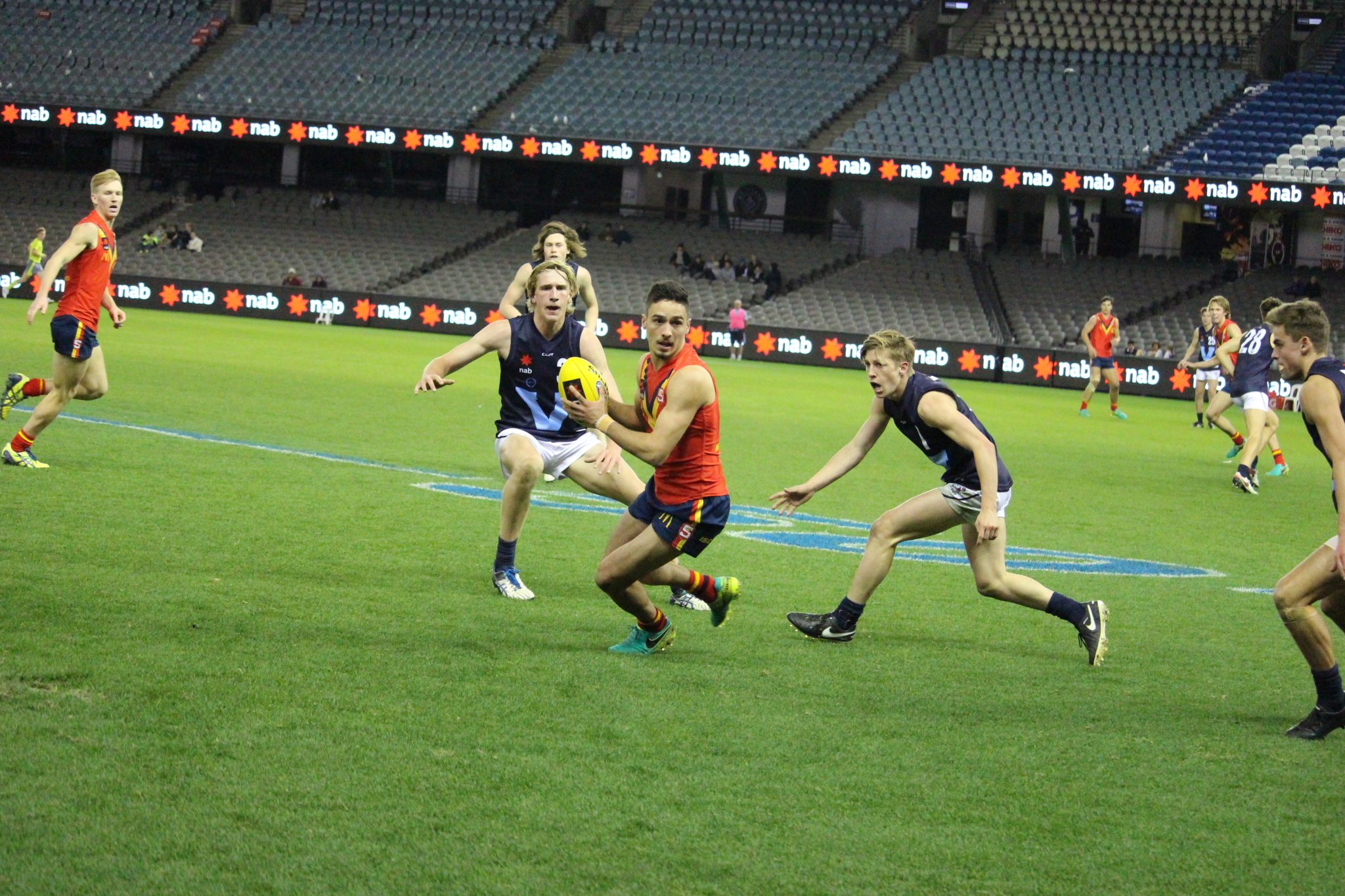 LAST weekend saw the inaugural SANFL Fast Footy competition played at Norwood Oval. Fast Footy is a modified version of the game, played with 12 per-side across 3 zones and Supergoals able to be scored from outside 50m. Introduced a week before AFLX, this footy format is geared towards fast paced high scoring games.

It was a new concept for players and coaches and most clubs opted for a focus on youth in selecting their sides, giving young players opportunities at a high level with unlimited player rotations. All SANFL clubs, apart from Central Districts, participated in the competition which was held over 2 days with each team playing 2 games, and the top 4 teams playing finals games.

Only two top-age players eligible for the 2018 National AFL Draft took the field over the tournament – those being potential top 10 pick Izak Rankine and his fellow Level 2 AFL Academy member Luke Valente.

Rankine continued to add to his highlight reel, bagging two goals and celebrating one of the with a backflip. Players from all teams were encouraged to celebrate their goals in style. It finishes off a big few weeks for Rankine who recently took first place in the local 100m sprint meet, Camden Classic.

South Adelaide prevailed as the winner of the 10-game tournament with a victory over Woodville-West Torrens by five points in the final and taking the $10,000 prize-money. For the Panthers, former AFL listed player Keegan Brooksby lead the way with solid performances in all games. Other players from Panthers to shine were Matt Raitt, booting 10 goals across the games and youngster Liam Fitt impressing.

Eagles youngsters Cooper Gaffney and James Rowe showed class and a nose for goal respectively in all games, along with former-Magpie Tom Gray, who was their most consistent player.

Port Magpies fielded a young side, seeing Chinese Recruit Chen Shaoliang take to the field for the first time.

Sturt lost both their matches, but continued blooding youngsters across their games, with Blake Kennedy hitting the score board.

At North, players of interest Keenan Ramsay along with Matt McDonough were solid.

Adelaide fielded a mixture of players currently training with their Academy squad, and Josh Vandermeer was the most consistent.

From Norwood, youngsters like Luke Valente got opportunities, with the under-18 prospect looking like he is in for a good year. Others to contribute were ex-AFL listed players Luke Surman and Declan Hamilton.